Green rider. Green horse. That was me in 1985 when I bought my first baby horse--a beautiful sorrel weanling from Quincy Dan lines. 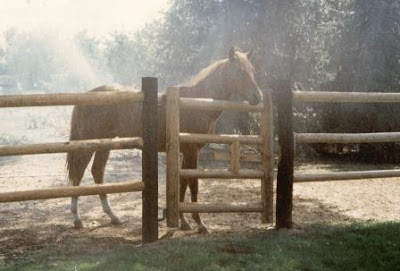 I still remember the day I brought my last payment to Harold, the man who was selling Tanner--and who also owned the boarding stable, Lucky Acres, in Lewiston, Idaho. I have fond memories of wild and crazy times there, learning the lessons the hard way--run-away horses, horses with saddles under their bellies, those were the days!

I stood in the pasture, rope in hand, colt in halter, getting ready to take him to his new stable home I'd rented for $45.00/month (hay not included). I said to Harold, What do I do with him until he's able to be rode? (Yeah, I wasn't very bright back then).

His answer. Walk him. A lot. Come here as much as you can, spend time with him, tie him, groom  him, and walk him up those hills--he pointed up to the steep, rocky ledges--over that creek--he pointed toward Tammany Creek--and around the arena--everywhere.

Well, let me tell you, I did it--exactly like he said. I'd come out, groom him, and walk him all over hill, dell and water. What else could I do with a weanling? I owned an Appaloosa gelding I'd ride, but all my hopes were set on raising that colt--he was my pride and joy.

Looking back, I think it was the BEST advice I ever received. When it came to saddle training him, he was a breeze. When we ventured out on his first trail rides, the early lessons in trust we'd learned on our walks translated on horseback. He was the most willing horse I'd ever rode. It made me a big believer in raising them from the ground up, and the power of a simple walk to develop a horse/human relationship.

Let's dissect it for fun. What's going on when you go for the simple walk? First, that's how a herd moves all day, every day, with the leader out in front--so you're taking that role of leader and you're doing something that they do naturally and enjoy. Second, the horse's brain is fully engaged and awake as he/she takes in all the new sights and sounds. They're more apt to get frightened, and it's in those moments you teach them about respecting your space, stopping, thinking things through, moving forward. Also, you're not asking them to do anything unnatural or difficult--you're basically just "being" together--and a relationship is formed from spending time together. Oh, and you're getting in shape (hear that Dr. Phil??)

Am I leaving something out? That's just off the top of my head. So, you see, the simple walk isn't so simple after all. It may be the most powerful, cheap, and easy training tool available to us. Ponying them behind another horse is also a lot of fun, but I don't think it, alone, develops the relationship between horse/human in the same way. You may disagree with that, but from my experience, when you're ponying, you have a lot more going on with the horse you're riding and the horse you're ponying alongside.

Do you walk your horses?

Have your neighbors looked out their windows and, instead of seeing you walk your dog... 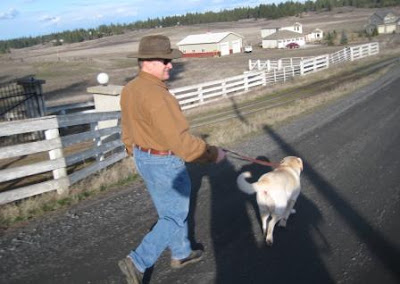 You're walking your, My Little Pony? 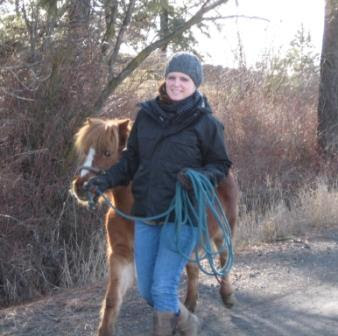 She's kind of getting chubby isn't she--the pony that is!?! 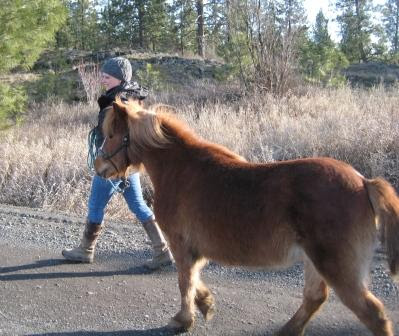 Bye for now, hope you have a great weekend walking your horses!! (or dogs) 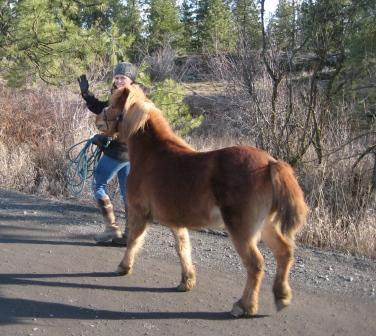 Happy walking, everyone!
Posted by Linda at 1:48 PM