It seemed like Spring yesterday--47 degrees according to my car--sunshine--horses. Spring-like conditions, yes, but do you know how I can tell it's NOT Spring (besides looking at the calendar or listening to the Groundhog)?

My horses aren't shedding! Not a single hair--they're all holding tight. And, you can guess what that tells me, pretty much what Joanne said yesterday--don't pack away my mittens just yet.

Yep, when it's Spring, I will be wearing hair on my clothes, plucking it out of my mouth, my nose, my eyes. But those horses aren't releasing anything--not a bit. In fact, I've noticed mine look like Woolly Mammoths compared to my friend's, whose are stabled, and I don't think they're going to go slick anytime soon.

Shiloh was out working her girl, Cowgirl, yesterday, and I realized while photographing them, she's still wearing the same barn coat she's been wearing since she was twelve. (Her dad bought it for her big, and she used to swim in it!) My girl gets attached to things! 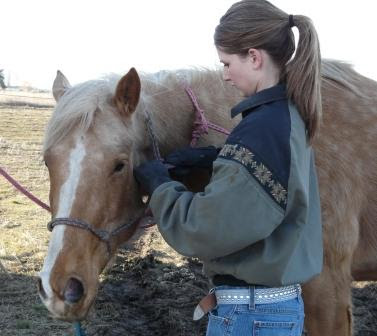 I think her main quality is loyalty. (She still has her hand knitted blankie) and she's a bit of a pack rat. I asked her if I could buy her a new coat, maybe a prettier one. She said she likes hers, but she'd be willing to look. 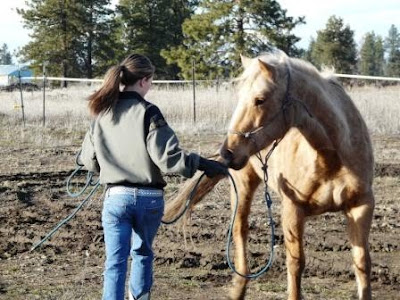 So, here's what she found. No pink, plum, purple or brown for her--green. And, she LOVES it. The thing that sold her on it and made her willing to trade her old one in, is the hat. She loves the hat. 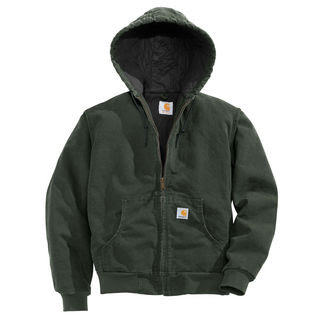 Now, to Beautiful, here's the evidence--the title of my blog post today!!!

Remember how I said Beautiful ALWAYS rolls in mud after I groom her? Did you think I was exaggerating?

If anything, I was being kind. Not only does she roll in it, she mashes her whole body into it. She pushes herself down into every wet, sloppy part of it.

She is so not a prissy thing.

When we work the other horses or ride off without her, she goes crazy! She really wants to be a part of everything. This is her going nuts while Cowgirl was working. They pretty much ignore her. 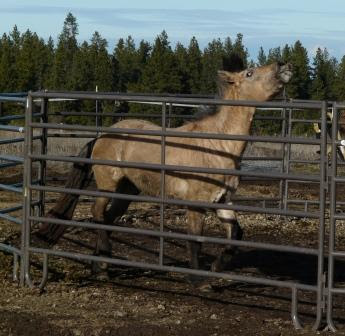 When I worked with her (Beautiful) yesterday, besides a little bucking on the lunge line, she did well. She moved out nicely, stopped when I said "whoa", moved out of my space, backed up responsively--everything I asked. She was still a little squirrelly being tied up though--pulling back a bit, pawing--not as bad as the day before, but she needs work being tied.
Posted by Linda at 8:31 AM