Gloves and The Indoor Arena

We've all been talking about the perfect work glove lately. These are the ones I found at Big R. Glacier Gloves. They were only $9.99. 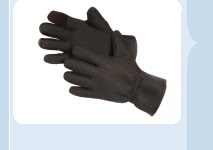 They're insulated neoprene with a special fabric on the index finger and thumb so that you can manage the details. They're made for fly fisherman who have to work with small equipment.

A salesperson at the store directed me to these gloves, otherwise, I'd never have found them. She said last year they sold out of them as fast as they got them in. She says, they're the glove to have.

So far I've really liked them. They keep your hands warm and dry, and I was able to fasten the bridle with them on. Unfortunately, the smallest our store sold them was Medium, so there's a little room at the end of the fingers, but it's not causing me much of a problem--I just push them on as far as they go.

We had a work day at the community arena last weekend (right next door to me). I love, love, love it!! One of the guys brought in his backhoe and dug it down 3 feet. Then, we used our tractor to incorporate the footing and harrow it.

The crew I worked with dug out the huge sliding doors that hadn't been opened or closed in probably decades!! We still need to replace some of the metal siding, but they're in working order--as are the gates which we also had to reset.

Afterward we had a potluck with stew, cornbread, salad and homemade chocolate cake. And, today I rode in it for the first time since we finished. NICE! I feel so lucky to have an arena next door to ride in through winter.

After Cowboy and I came back home today, I walked out in the pasture to pick up the netting from the roundbales. I entered the pasture from a new spot, closer to the bales. For some reason, this drove the horses nuts!! They stampeded toward me like I was some predator in their midst. Then, they started kicking at each other and cut the skin of my filly C'ya (the one who started the whole mess). I exited the pasture and then they completely stopped--snorted a bit--and calmed down and used their brains. It was REALLY strange!!

Here are some pictures of the arena work day. 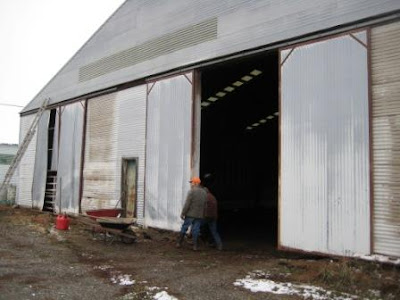 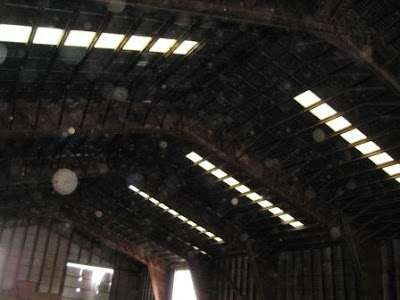 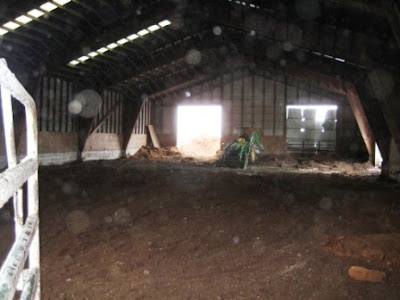 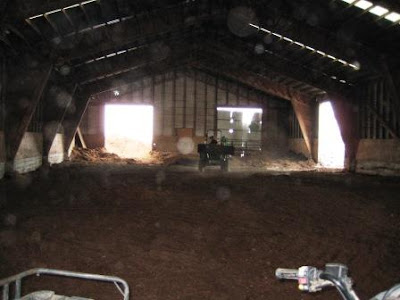