It's raining today, and I do mean raining! I haven't seen it this wet for a long time.

We have five round bales of Timothy which were delivered yesterday ($40.00 for an 850 lb bale--net wrapped) sitting out there getting soaked! I guess we're going to have to hurry and feed it. Which is never a problem, my horses will eat through a bale like that in no time. 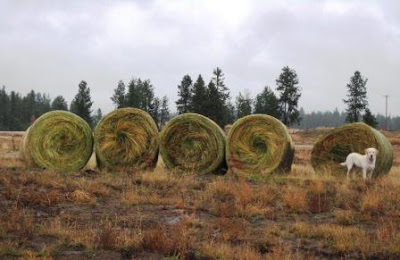 This is supplemental hay to augment the 20 tons of alfalfa we purchased from Waitsburg in July. Horses like to graze all day; it cuts down on behavioral issues and helps them generate heat. This hay will serve that purpose--give them something to chew on, as they say.

Here's little Ezzy, the new barn kitty, chasing around #42. She's been good at staying at the barn when 42 goes on her adventures! Which, by the way, we've been hearing more and more details about from the neighbors whom she apparently visits. 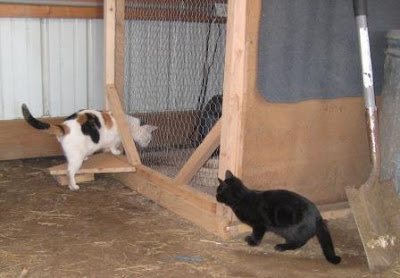 And Ezzy making herself look big and scary for the dogs! 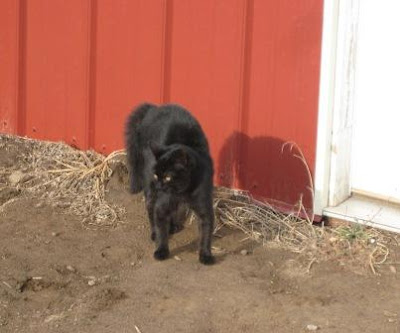 Here's my sweet goat, English, being curious. English was a bottle-fed kid. She's very smart. Also, she doesn't like to be locked in, and has a long history of finding ways to escape enclosure. 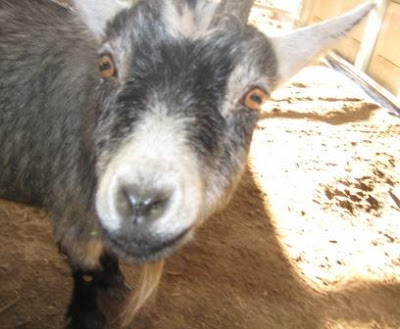 And, since it's raining today, the gutters are doing their job of directing the rain-water off the roof and out to the sides of the barn. Notice in the picture my husband has discovered yet another use for twine! 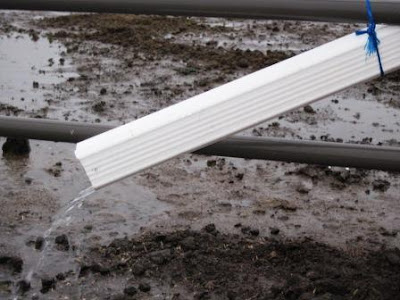 Here's a picture of my boots being worn out at the barn--a self-shot portrait, as you can see by the perspective. I've thought about and blogged about these boots a lot this last week. Each day I wear them they do become more comfortable. They're at the point now where I can slip my foot right in, rather than unzipping them. 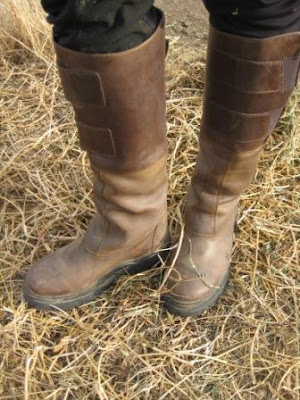 One of my thoughts about these boots this weekend, as I worked to get the mud out of the deep grooves, was the concept of "barn to town" apparel. I'm thinking that if you're going to wear these boots to town, you probably aren't using them for the kind of chores I am. Maybe they're referring to people who board their horses at an upscale barn where they just have to show up and ride and groom, because I can't really see them mucking out stalls like I mucked this weekend and then taking a trip to the mall.

Speaking of barn apparel, who out there in the blogosphere owns an LL Bean Field Coat? Don't you think they're the absolute best for working around the barn? I got one this year that has the liner for the cold days, and I just love it. If you don't already have one, you might want to check into them--they may just end up being your favorite coat ever, and they last forever!
Posted by Linda at 7:57 AM