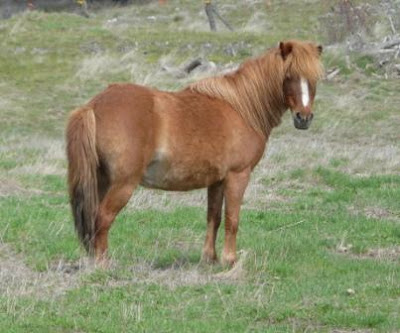 No, I don't get my trophy yet...but I think I've had an epiphany!

Remember when I last blogged about putting the long line on Jasmine and working her in the roundpen? I allowed her to be "free" and drag the line behind her if she felt she needed to escape the pressure.

Well, yesterday I walked into her large run, and for the first time, she didn't trot away from me. She actually stood there and let me pet her. And, her eyes didn't bug out half as much either!

I know. I know. This is a seemingly small step, but it's the fastest small step we've ever taken together--which tells me--I'm onto something.

I'm breaking the cycle of her little pony escape tactics which always had me spending 3/4 of my time on catching her. A negative spiral had occurred, and she'd developed habits of running from humans.

I'm trying to teach her to come willingly, but she has to see that she is safe in doing so--only good things occur when you come to humans.
Posted by Linda at 8:11 AM