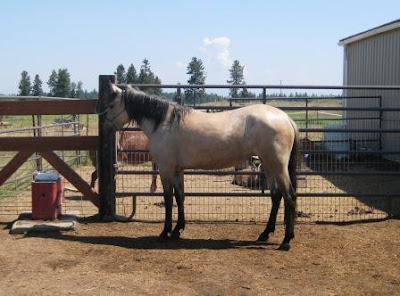 Today was bath day for Beautiful Girl. It was her first of the season. It was rather like starting over in the bath department.

I usually treat baths like I do fly spray and lunging. I spray at the hind and let them move forward in a circle around me until they stop. It worked great last year, but this year, she wanted to be in my back pocket. She kept crowding into my space.

She did pretty well though. Oddly enough, the thing that seemed to really spook her was the sound of the water dripping off of her belly underneath her. I squeegeed her pretty well to get the majority of water off and then tied her to the railroad tie in her run to soak up some sun. 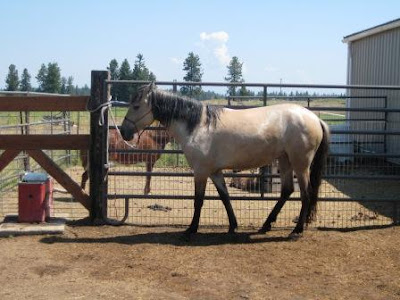 Everything was going pretty good, and she was drying fast, until she decided to pull back. I always either tie her in a slip knot or just wrap the rope around and hold onto the other end, and I never leave the area. 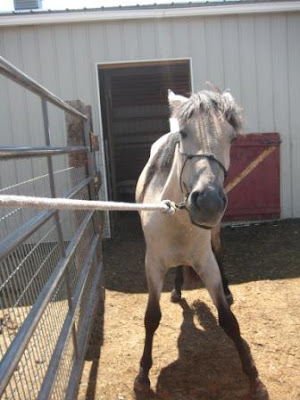 So, I was ready for her. I undid her knot and held it tight until she finally gave to the pressure and came back up to stand nicely. 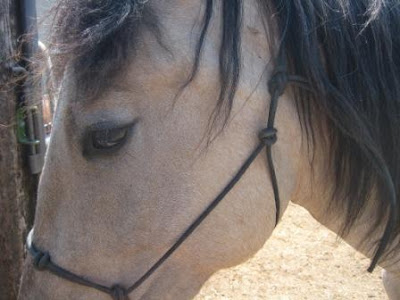 After I groomed and fly sprayed her, I untied her, at which time she went and rolled in the dirt again.

No surprise there!
Posted by Linda at 2:20 PM