This is what I woke up to this morning. 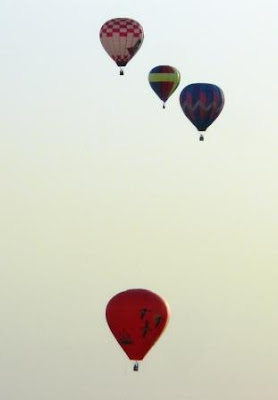 While at the Balloon Festival--I discovered they also had horse races. I have mixed feelings about racing horses, but I could have spent all day there with them. I've never seen a live race. I found myself holding my breath that the horses wouldn't trip over each or themselves--but the power when they come around the corner in the final stretch--breath-taking.

In the fourth race, this is the horse I chose-- Sting 'Em Fast --a 4-year-old Quarter Horse. I chose him based upon the strength and balance of his build--and he looked like he had a long, powerful stride.

He came in first place, so I patted myself on the back. (I didn't wager). 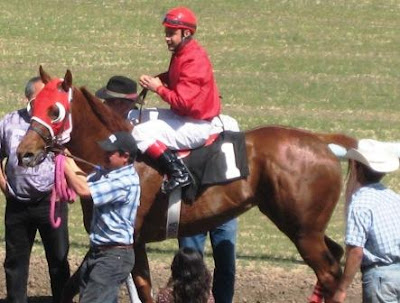 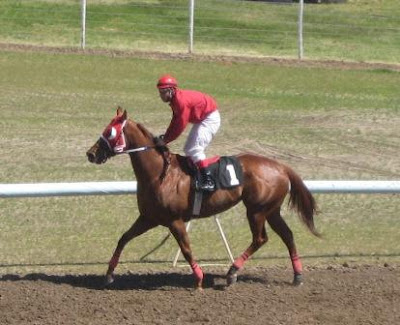 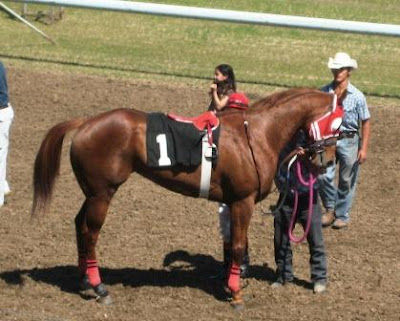 What a build on Sting Em Fast--he reminds me of my old horse, Red. (When he was younger). 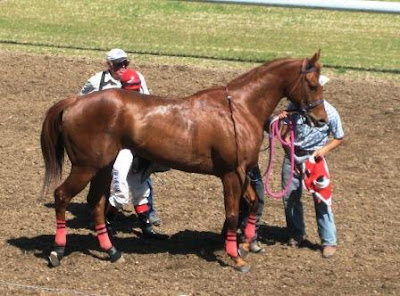 In the fifth race I chose this horse, Meadow Slew. 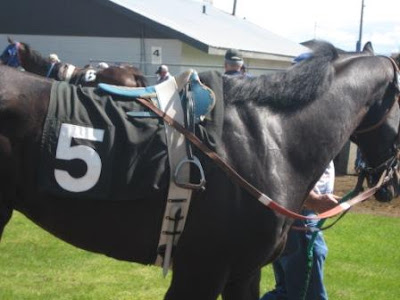 I liked the look of the dapple gray (below), which may have won--but I'm not positive because my kids wanted to leave before I found out his eventual number. The dapple gray, which I think is Tayo's Tiger, was working himself up by prancing around. He wanted to go! 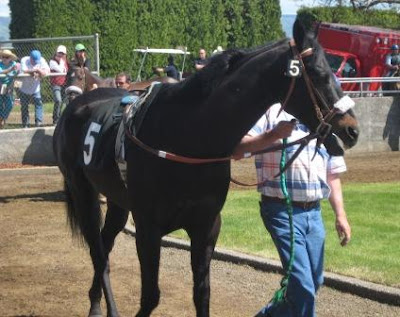 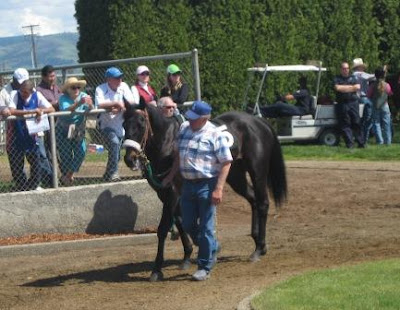 (This might be Tayo's Tiger--the horse that won--but he seemed so excited, I thought he'd wear himself out before he got to the race. He is also built with a long stretch--and was very tall. The other thing that impressed me about him were his hooves. They were huge! Which made me think he had some bone in there--which is always a good sign of strength and, sometimes, balance. I think he was #7 (the winning number) because he was the last to go to his space--and the #7 space was empty. But I wish I knew for sure.) 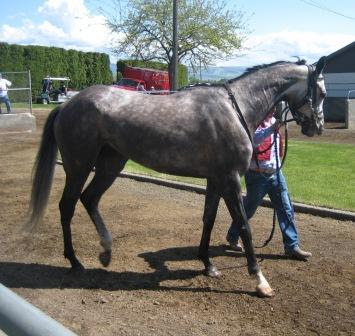 I hope you're all having a Happy Mother's Day as well!
Posted by Linda at 7:47 AM