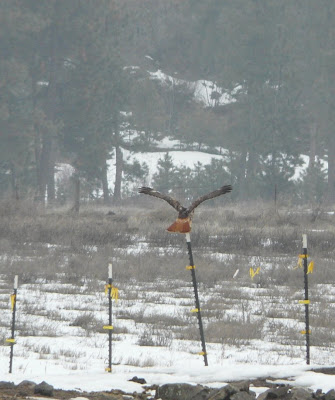 I took this picture this morning. It was a Red-tail Hawk with a mouse in his beak. He looked huge from my window, but had good eyes and noticed me taking his picture. He took off.

Our visit to TEXAS:

The weather in Texas was sunny and 70 degrees. Our grand-daughter, Rebekah, had grown a lot since we were last there. She has red hair and blue eyes--a real beauty. And, she has that red-head personality, too. 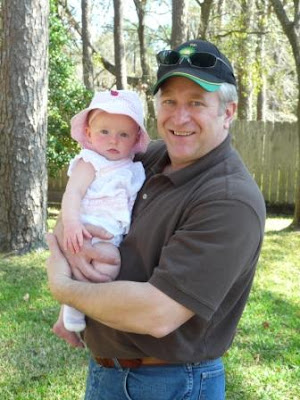 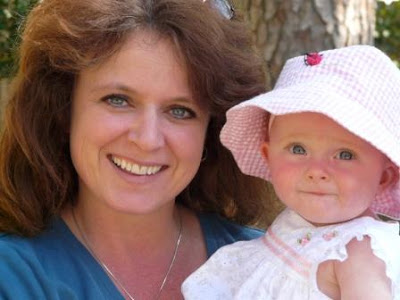 I took this picture of their Jasmine in bloom--I have a pony named Jasmine. 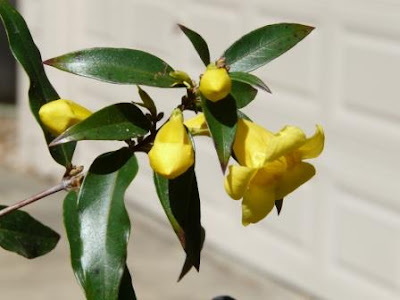 Yes, I'm 41 and it's back to practicing scales. I don't know what got into me, but I decided that I want to start doing the things I love--well. I'm tired of knowing a little bit about a lot of things but a lot about nothing.

So, here's a picture of my new best-friend--the piano scale book. I have homework, lessons, and all the things that go with being under a piano teacher's instruction again. (You read it right--piano teacher--I found who would take a 41 year-old student. I'm going to take as many as I can before she gets sick of me!) 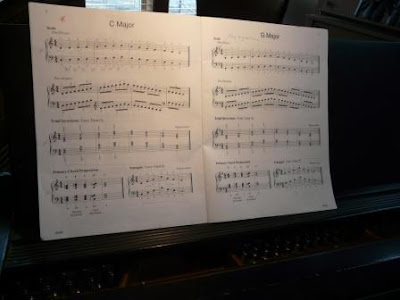 I've missed Beautiful and all the other horses lately. Translation: Haven't seen much of them.

Television (It is winter--so we take our thrills where we can, right? And, there's only so much of the Stimulus Plan and the Stock Market blues you can take in a month):

I got home in time last night to watch the Academy Awards. Hugh Jackman....WOW! I think he did GREAT. As far as the best movies are concerned, I've only seen one that was nominated, but I've heard the Slumdog Millionaire was excellent!!! I'm going to see it this weekend. I also want to see Frost/Nixon and The Wrestler.

The one that I did see was the Curious Case of Benjamin Button--being an F. Scott Fitzgerald fan and loving the premise of the movie. However, I was disappointed in the execution. The cinematography and make-up effects were great and deserved an Oscar--but the story itself--in my opinion--didn't connect. Brad Pitt came off to me as more of a spectator--watching the movie himself--rather than acting. So, I wasn't disappointed at all that it didn't take home an academy award in the big areas.

And my last television comment that has nothing to do with Mustangs or horses at all is True Beauty, the show with the Lewiston, ID contestant, Billy--which is in its final weeks.

Believe it or not--our hometown boy, Billy, is in the top three and looking like he might win! I guess they "grow them" pretty good in Idaho after all.

If only they'd put them in a pen with a wild Mustang and really test their inner strength and beauty. They should have put a horse on that panel of judges!! 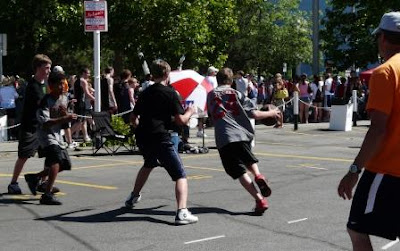 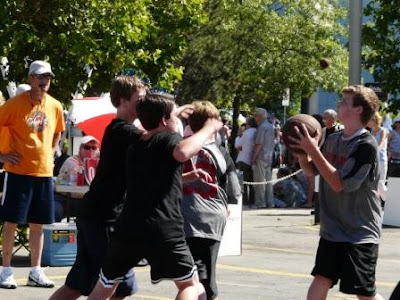 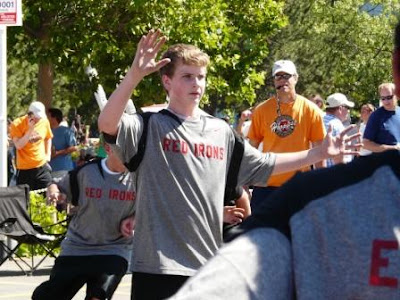 Last, but not least, is congrats to my youngest son, Coleman who made the Varsity Basketball team this year. This is a great accomplishment since he hasn't made the Varsity level team before.

And it just proves my theory which I'm always telling my kids for encouragement--if you stick to something--it will eventually come to you--whatever you choose. The people who do are the people who did. Some people are just late bloomers! Enjoy life--do what you love--the rest will fall in place.
Posted by Linda at 12:51 PM