Pictures of the Melting Snow and What Not 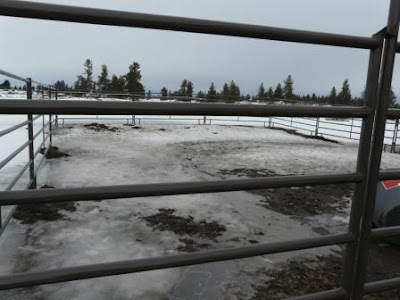 This is a picture of Beautiful's run--there was a lot of snow that melted in it a few days ago, and then last night's freeze turned it to ice. It's an ice-skating rink, but I was impressed with her ability to walk on it. Still, I worry, so...... 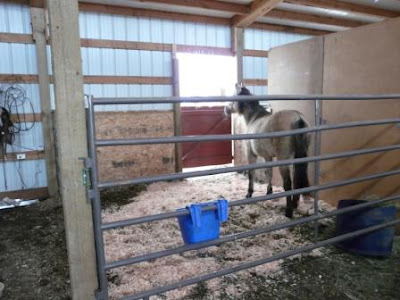 Beautiful got locked up where she'll be safe! We lost a colt on Martin Luther King Day of '05 due to ice just like this. He slipped, fell, and broke his shoulder. Here's a picture of him when we purchased him and brought him home. 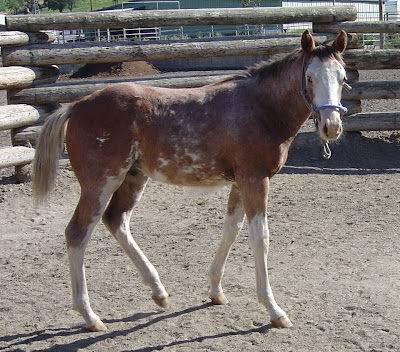 After he fell, we donated him to WSU to do a special surgery and rehabilitation and, if he made it, adopt him out. He made it! And, was adopted by a vet student from Oregon--who later sold him to a family in Seattle. Here is a picture she sent me. 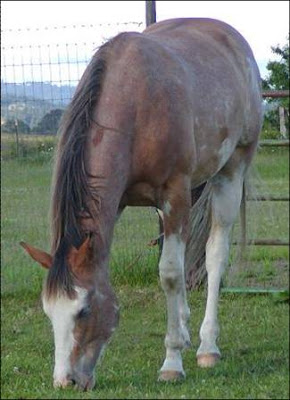 Here are some more photos of the mud and Cowboy's stall after putting in woodchips. (In this weather we can't keep up with them, and woodchips are costing us $8.00 a bag. 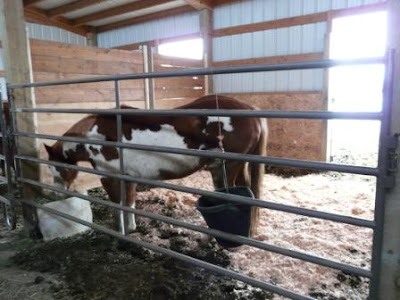 The BIG puddle we tried to build a berm to keep it out of the barn--and were successful. 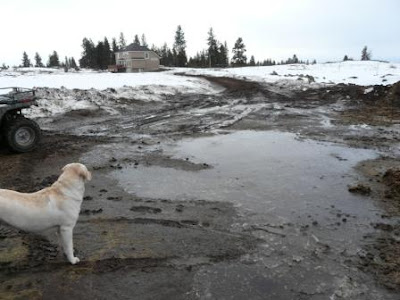 This is mostly snow with mud and manure mixed in. It's as far as we could get it before the tractor got stuck. 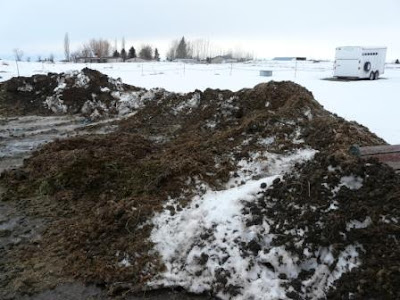 Our trailer was snowed in. It's much better now. 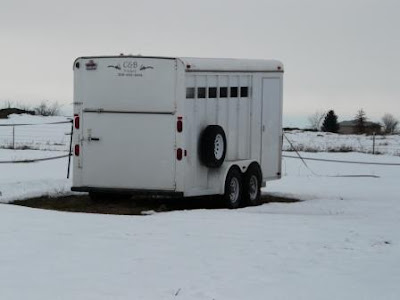 Also, I did get that pendant, and it turns out that she also does CUSTOM portraits for pendants and many other things. On eBay her pendants were 19.99 or 24.99--so I imagine they'd be in that range. Here is her website, if you're interested: Pavilion Pony. Here are some samples of her work. 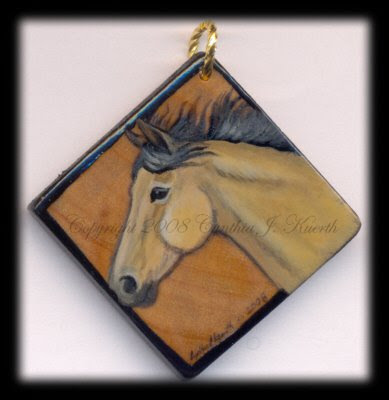 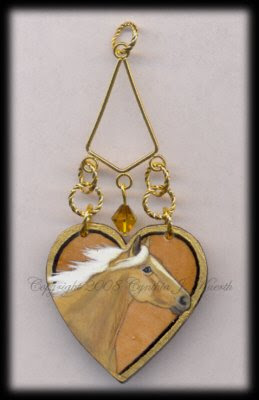