Here are some pictures I took from the television during the parade today. I hope more footage is released in the near future. The coverage was spotty on the station I had tuned into. I think these horses are Bullet and Okanogen of the Border Patrol, but I'll post more when I can confirm it. 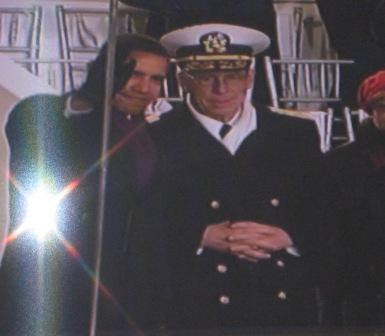 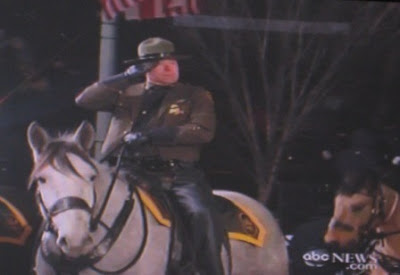 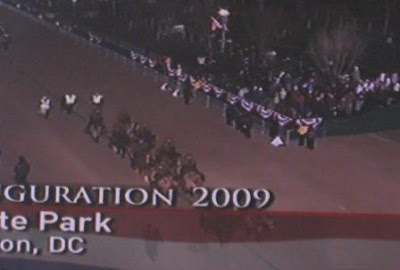 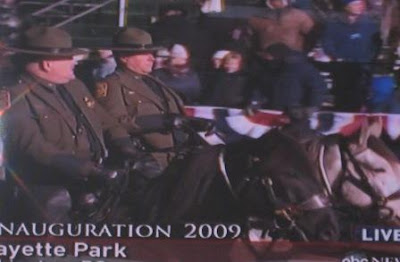 Here's a picture of the Nez Perce Tribe marching in the Parade--the Nez Perce are world famous for the Appaloosa horses, and they are a local tribe. 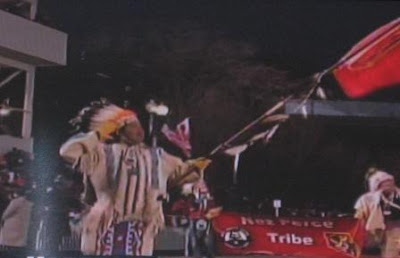 #42, my cat, watched the first ten minutes of the Inaugural Address--completely tuned in. She twitched her ear over to the sound of my camera, but otherwise her eyes and ears were locked on to President Obama. 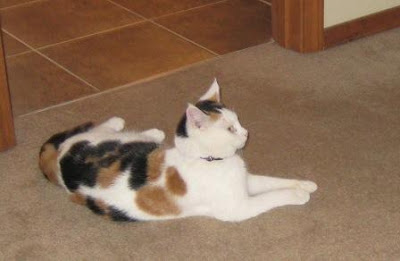