Do You Know Mustangs?

I saw this ad on Craigs List this morning--Do You Know Mustangs?

We have an exceptional mustang mare that needs to be placed with someone who knows these horses. She has "show stopping" beauty. She is taller than average and built like a brick house. She needs to be gentled by someone who knows what they are doing. She has had some handling and doesn't seem to have a mean bone, just uncertain and afraid. She seems to want to be with people but isn't sure how. Something holds her back. She could become a devoted partner for the person that she can bond with. If you think you are that person (or perhaps, know that person) email me for details.


Does anyone know which Mustang this is, and from where?

Off the subject, we had a relaxing weekend around here. We had my little sister, her husband, and my dog Maggie's full brother come for a visit. That was fun. Then, my husband came down with Bronchitis and I came down with a cold. So, we spent the rest of the weekend watching movies and reading.

Which brings me to my next recommendations: The first, a recommendation from my mom which we took her up on---Broken Trail. This is a Robert Duvall Western about a couple of men, uncle and nephew, who take a group of Oregon Mustangs to Wyoming to sell. Along the way they rescue a group of Chinese women who have been sold into slavery. For all of us Mustang people, you'll find especially interesting that they start around Burns! 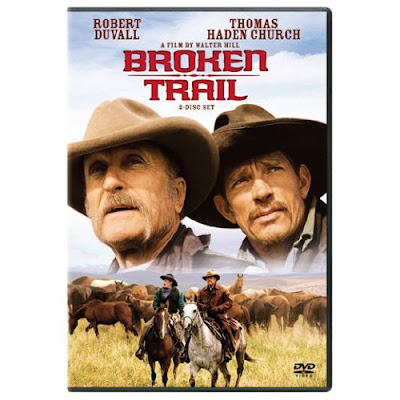 When I was out piano shopping, one of the women selling a grand was the author Louise Freeman-Toole. I didn't recognize her name, but it sounded familiar--so I googled her and found her memoir about working on a cattle ranch in Hells Canyon--which just happens to be my favorite subject, having spent the last twenty-five years of my life there.

She writes about so many of the same things I've experienced--it's a beautiful memoir--which I'm only half way done with. I'll write more after I finish. 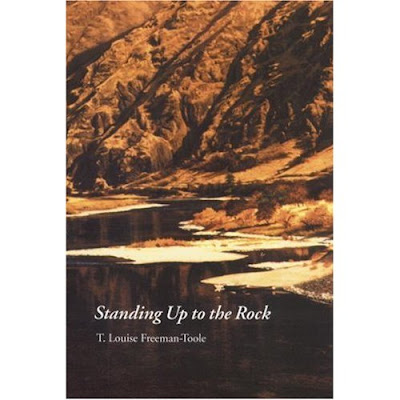 And lastly, I'm usually not much of a tv watcher. We have them in our house, but not in the main living areas. I find them mostly obnoxious-time-sucking-life-wasters. Though, in moderation, they are quite entertaining, and when you're sick, they're especially useful.

This weekend we watched, on the internet, ABC's True Beauty. The reason it caught our attention is because there is a contestant from my old hometown of Lewiston, ID competing. I don't know him, but just the fact that he's from there--and there aren't many people on television who are or ever would be, is intriguing.

So, the kids and I watched the last three episodes to catch up and plan to watch the 4th tonight at 10:00. It really was FUNNY and the underlying message of the show, "true" beauty, is great.

In case you haven't heard of it or watched it--they take ten "beautiful" people and tell them they're going to be in a beauty contest--but they don't tell them how they are really judging it--by inner beauty. They bring in actors throughout the show to be in need of kindness, help, forgiveness--then with hidden cameras, they film the contestants to discover if they do what is right.

At the end of each show they kick out the one in the group who was the least kind, gracious, helpful--but they do it in a private room so that no one else in the group knows why or how they were removed--they keep assuming it is all about outer beauty.

And finally this morning--I have a farrier appointment in about an hour and Beautiful is on the docket for a trim. Wish me luck!
Posted by Linda at 8:18 AM