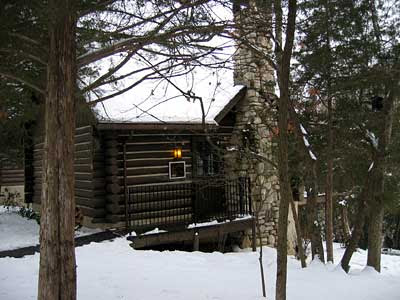 The Inland Northwest’s relentless snowstorms may be adding to normal winter blahs. The symptoms of cabin fever can include irritability, sadness, depression and anxiety. And some people who feel trapped lack the energy to plot ways to escape that trap......blah blah.

How to know if you have Cabin Fever (my version)

1. You're on your fourth pot (40th cup) of coffee and now have to use your nose to type on the keyboard.
2. You've ordered 3 sets of Sham Wows!, several of the Obama gold coins, and a lifetime supply of Urine Gone.
3. You've memorized all the Abba songs from the Mama Mia soundtrack you got for Christmas--worked up a sweat swinging to The Dancing Queen, and now you've started playing it backwards thinking you hear messages from Pierce Brosnan.
4. Anyone want to add to this list?

Today the farrier came. He was scheduled at 10, but showed up around 9:15--he's always early, but I was ready for him! He only had three horses to do this time, as he has started splitting them half and half--a system which I love.

Today was Cowboy, Red and the pony's turn.

My little pony--as I brought her out, I commented that I have soooooo far to go with her, but then I remembered last year's trim where she shook like crazy when the farrier went to trim her hooves. Today she stood there without a shiver, just a little wide-eyed and cautious, and I thought well, it's small steps, you know? And, if she can stand there that good while this big, tall guy trims those feet--she deserves KUDOS. Here's a picture of my little Jasmine. 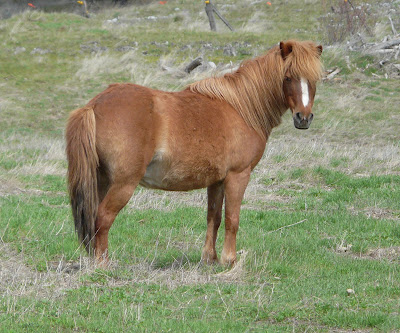 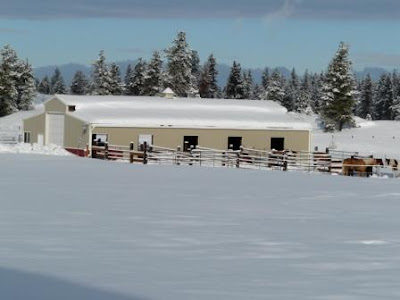 Picture of our barn today--look at the snow on top! Speaking of roofs.....

When they told me the Walmart roof had collapsed and it was closed down until further notice--no big deal.... 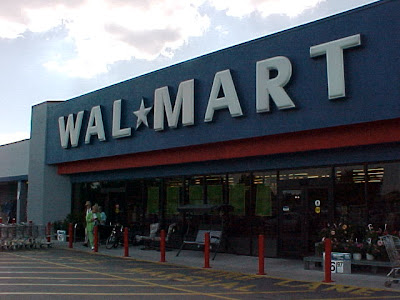 But when they said the COSTCO roof collapsed and it's closed until further notice.....
> 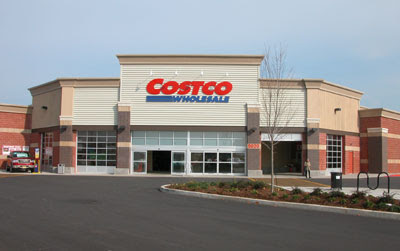 Call in FEMA!!! How does one get food if there's no Costco?

Warning: Graphic Photos taken from the Spokesman Review--please don't read further if the images of starving neglected horses makes you queasy or mad enough to hit someone! Thanks to the Spokesman for covering horse stories regularly and keeping the public informed about these neglect cases!! Please go to their site and leave comments to let them know they're appreciated. Click on this link for the story. 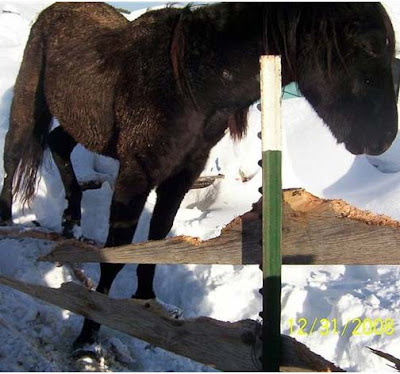 Apparently, these horses were so hungry, they ate through the wood fencing. 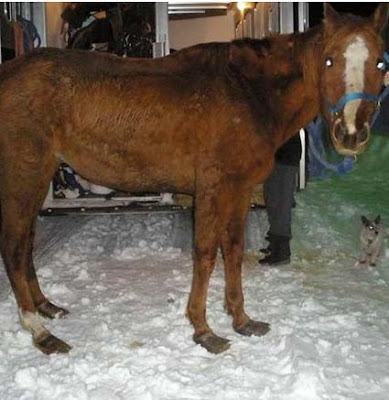 How anyone could let a horse's feet grow like this?!???. Thank you to the volunteers who are working to help these horses!!!

Here's a bit of the article, click above to get the full length version.

A man living in a truck on the Spokane Indian Reservation agreed late New Year’s Day to give up 33 malnourished horses, some with open sores and overgrown hoofs.

Horse advocates hoped to have some of the horses moved off the property near Wellpinit on Thursday night.