Christmas 1938: My Grandfather Comes "Home" to the Farm 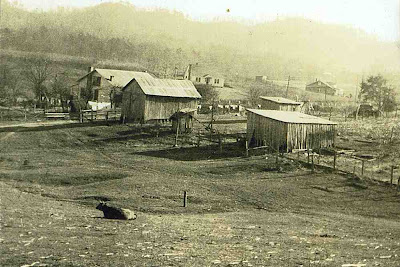 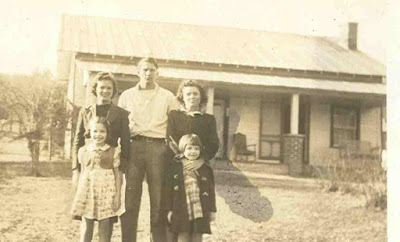 My grandmother's family farm in Clinton, TN (The York Family)

I've been thinking about my extended family, those who are no longer with us, more than usual this holiday season since I've been in touch with a second cousin and his family (also horse people).

In particular, I'm thinking about a Christmas in 1938.

As I've gone through old family photos, I found these which are of interest to me since they (mostly) depict life on the farm--my great-grandfather Riley York's place in Clinton, TN--during the holidays. (As you may notice, nothing is blooming--looks familiar.)

My grandfather, Thomas William Davis (Tom or Tommy to others), pictured on the ship and on the mule, (below) came home with his shipmate, my great-uncle Earl, for Christmas. He must have been thrilled at the invitation, as he had no other place in the world to spend it.

He met my grandmother and fell in love there in Tennessee during the holidays. (What a handsome devil he must have been atop that mule!! Who could resist a man on a mule, ladies??) 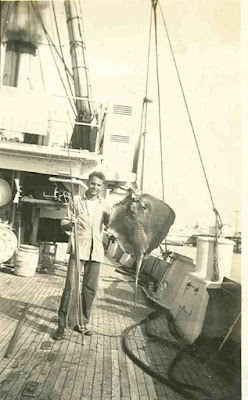 It's funny how two lives meet from across the country--my grandfather, pulled from his own farm when he was orphaned at a young age after his mother (pictured below with her father and brother) died in childbirth. His father alternated them in and out of the church orphanage as he needed them for farm work--eventually dying and leaving them to the mercy (or lack of mercy) of their half brothers and sisters.

Before her death in childbirth, my great-grandmother, Goldie, had come from England to marry the old widower (my great-grandfather) from Arizona. (Just how or why this was arranged, I'll never know, and it's a great mystery.)

What a shock it must have been to have gone from the life she lived with her father in England to the ramshack farm she moved into. (Not pictured--as yet, I don't have pictures, but I'm hoping to get some soon).

My family has a letter of hers asking her husband (my great-grandfather Davis) to pick up chicken feed while he was in town. As a contrast to that lowly state, we have some of the books she brought with her--ornately bound. And, my cousin has found her beautiful wedding dress with a sixteen inch waist. (Oh, to reconstruct her sad story).

My great-grandmother, Goldie, when she was in England with her father (A ship's Captain)and brother. Better times, I'm sure.

After her death and then his father's, my grandfather and his siblings migrated from family to family--my grandfather having many a sad tale of the treatment he received.

There was one in particular about a cruel joke played on him at Christmas when his brother-in-law dishonestly promised him a red bike. My grandfather watched out the window all day for the store to deliver it. When the store's truck finally came up the road, it kept going to the neighbor's house. The much older brother-in-law laughed when my grandfather cried in disappointment.

What a horrible and elaborate hoax to play on a child--and why? We can only guess it was because they were half-siblings--children from another mother, and there was a great deal of resentment toward them.

So, when he found this big farm family it didn't take him long to recognize a good thing and he quickly married into it and, I believe, finally found his home with my grandmother, Thelma. 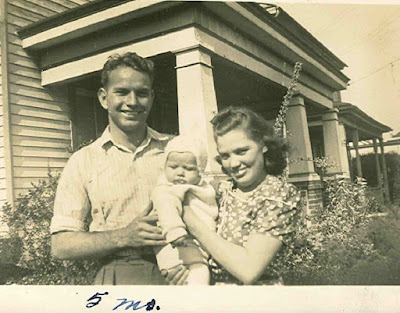 Though my grandma and grandpa moved to San Diego (since he was in the Navy), I identify strongly with the roots of the farm. The simple innocence of posing for pictures with cows and atop mules! (The boy with the cows is my Great Uncle Earl who brought my grandpa home for Christmas.) 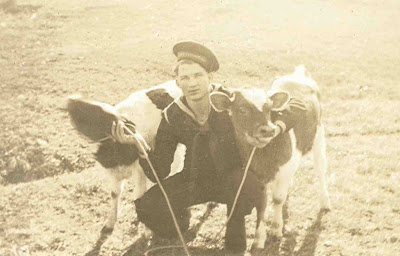 I have wonderful memories of my grandparents. Growing up in the Air Force, we moved often, but they would always try to visit us and, if they could, take all four of us (now there are six of us) kids back to San Diego with them for part of our summer vacations. They'd save up all year to splurge on special clothes, trips and toys for us.

It's amazing what a good "home"--a place where you are loved unconditionally--can do for a person.

Happy Holidays from our home to yours. 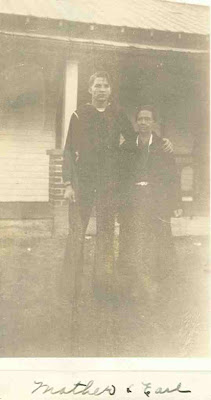 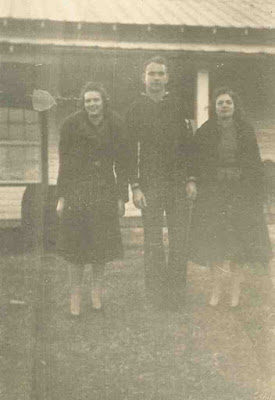 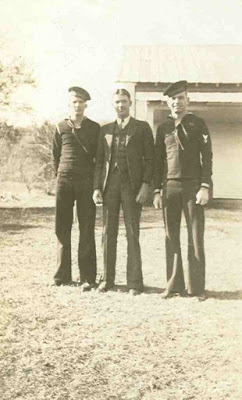