Tracey at Mustang Diaries gave me her virus just before Thanksgiving, so here it is for everyone else to get infected with, too! Anyone who wants to answer these questions, please do.

1) Where did you go riding this week?
2) Your most embarrassing moment on horseback.
3) What's your favorite piece of tack?
4) Do you collect anything horsey?
5) What's your least favorite aspect of horse ownership?

1.) I haven't rode this week because of Thanksgiving. I did ride the week before with my husband. We went to Palisades Park--one of our favorite spots. Unfortunately, my horse was tender-footed because he'd had his shoes taken off that week. I ended up walking him about a mile or so home while my husband enjoyed his pipe from horseback. 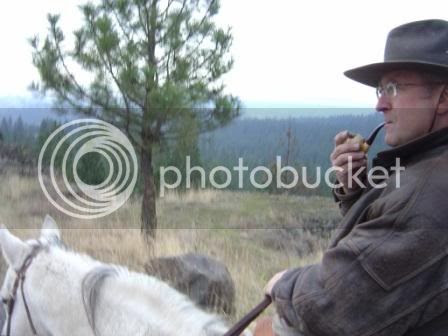 2.) My most embarrassing moment was not on a horse, it was on the ground. When I was 18 I didn't know squat about training horses, but I didn't have any money either. Not a good combo. There was no internet back then, so I did what all of us old people did--went to the library. I checked out a book, read it, studied the pictures, and VOILA--I thought I was ready.

I went out to the barn, tied up my little colt, put a blanket and saddle on him for the first time ever, walked him to the big barn, tightened the cinch again (I may have done this before I walked him), and untied him in the arena. Hmmmm...not good. He started walking, realized there was something on his back that made him uncomfortable and he started running and bucking all over the place. A normally gentle colt went bezerk.

And, to make matters worse, he had apparently blown way up when I'd last tightened the cinch because it became loose and the saddle rolled under his belly!!!!!

I was mortified and scared to death when an old cowboy, who had been watching, walked over to save the day. His name was Johnny Rynearson, who has since died in a very sad circumstance. He knew horses. He walked into the arena and got my horse to stop and stand still. Then he went over and gently unsaddled him.

After everything was under control he introduced himself and asked if I would like help. He trained horses in his spare time and would do it for free (after I told him I had no money)--as long as I did the work and he just instructed. I think we met out there four times before he cut me loose, but by that time I was already riding the colt and well on my way. Here is a picture of that horse when he was young. 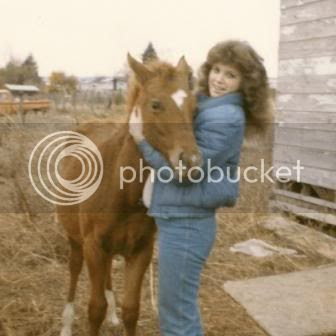 Right after I bought him. He looked pretty bad--but he shaped up--he was a grandson of Quincy Dan. 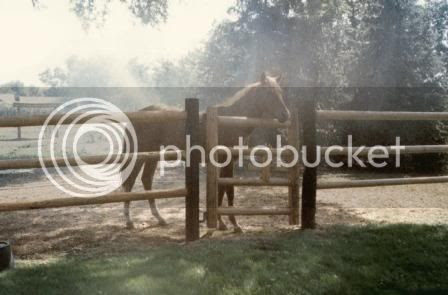 Later in his life--2 year old

3.) My favorite piece of tack is my Billy Cook Roping Saddle made in the 70's. I love it! Got it from an "old cowboy"--like all of my good training, wisdom and tack--when I say old cowboy I always mean someone who grew up with horses on a ranch and has that ranch wisdom and common sense. Here's a picture of it. 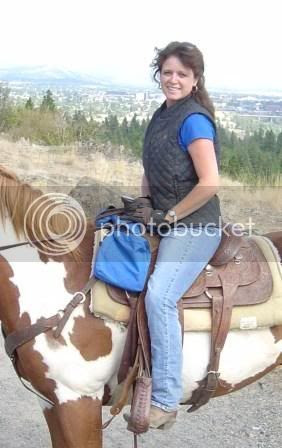 4.) Do I collect anything horsey? Oh yeah. I collect horse sculpture and art, but on a budget. I've found most things on eBay. Here are a few items: Nancy Glazier--Audacious--bought it because the horse reminded me of Cowboy--my fave ride. 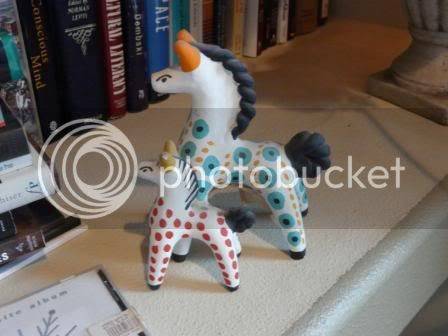 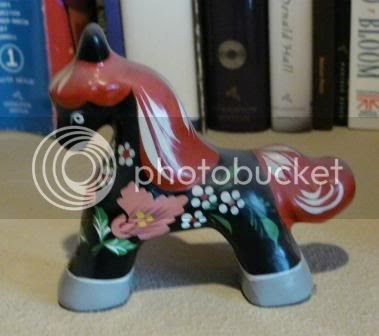 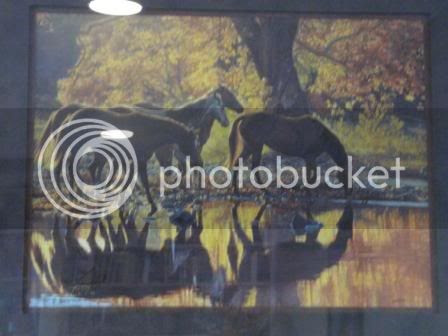 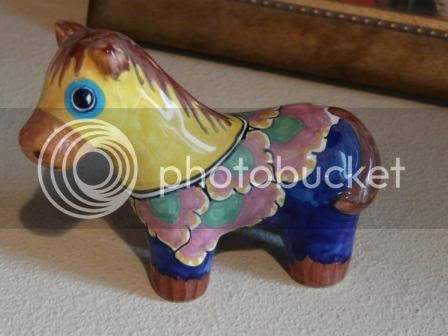 Bought this goofy little horse when I visited Sienna, Italy. Found these at Coldwater Creek. 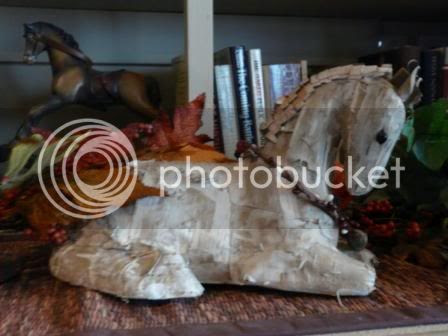 5.) My least favorite aspect of horse ownership is $$$$. I wish I had more of it, or things were cheaper. Since we bought this place in the rough--we need everything and it takes time. I especially want better fencing and an outdoor arena. That's the only bad thing I can come up with--though in my heart of hearts I could have said cleaning stalls. The reason I didn't is because cleaning stalls, though it seems drudgery, is actually a good time for me to reflect on life, be with the horses in the barn, and stay in shape.

Happy Trails! Hope someone else catches the fever next!
Posted by Linda at 9:50 AM