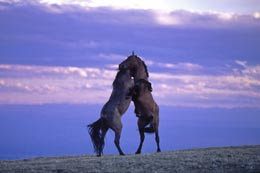 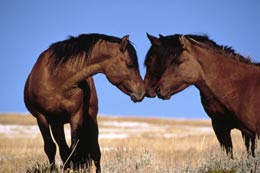 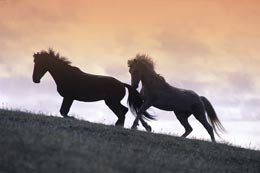 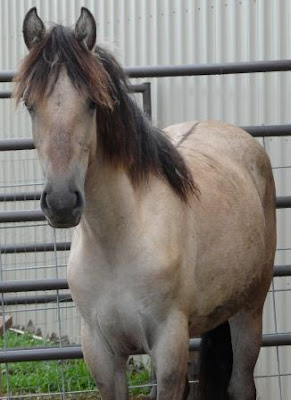 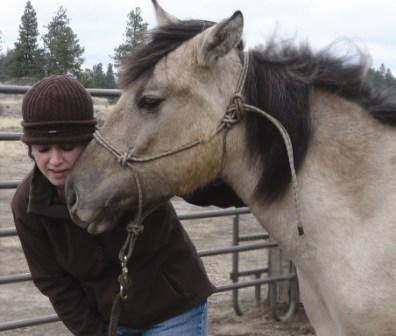 Today my interview with Joanne at Whole Latte Life was posted, so please stop by and check it out. Thank you so much, Joanne, for giving me the opportunity to speak on behalf of the Mustangs. If you're one of my Mustang blogging buddies--please go to her site and comment on this thread--any extra information about our Wild Horses and their situation, would be great.
As I said in my interview--I was ambivalent, even ignorant, about Mustangs before adopting Beautiful, but my eyes were opened and my life has changed deeply because of her.

There are 30,000 wild horses and burros in captivity with the Bureau of Land Management. They are facing a budget shortfall and have requested to euthanize many of their horses in permanent holding.

As the future of Mustangs is in question, please take a moment and reflect upon how or what these American symbols of freedom mean to our country and to us individually, and what we can do to help them.
Questions always arise when I discuss this with non-Mustang owners. Why are there so many in holding? Why not leave them in their natural habitat? What can we do to keep their numbers down, or should we? (Feel free to offer suggestions about this).

Beautiful is from the Beaty's Butte HMA. (Herd Management Area) She was rounded up with the others because of a "lack of food and water". This is part of the land management program of the BLM, the organization that tries to balance the needs of the wild animals and the cattle who use the federal lands.
Mustangs have three opportunities for adoption and then they are placed in a permanent holding facility. I believe Beautiful was out for her first time when I found her. Yet, because of improper care from August to May--her hooves had grown in such a way to have almost made her permanently lame. For a 1000 pound animal who puts so much weight on all four hooves, that would mean having her put down.

It wasn't the BLM's fault that they couldn't trim her hooves for the 9 months they had her in holding--she was wild and had never been touched by a human. However, had she been in the wild, she would have filed them down naturally on rocks and hard ground.
Mustangs were, and still sometimes are, thought of as "junk" horses. Before the '70's they were often killed for animal food. In J.R. Simplot's obituary this year--an Idaho millionaire who was king of the potato industry--they described how he got his start--killing mustangs to feed his hogs. What he did was no different than what many others had done in light of their understanding at that time.

Those days are over, Mustangs are protected from hunting, and America has become much more humane in conserving these horses. By living in the wild, they have culled themselves and developed strong hooves and hearty bodies. They have spirit and fight. The United States Calvary once used them--the Native Americans captured and used them. Today, the Border Patrol uses them to walk the border between our country and Canada.
If you have any interest in adopting a Mustang--it will be a great journey. If you can't adopt a wild horse--please write your legislators and encourage them to make decisions in keeping with the proud heritage of the United State's Wild Horses and the dignity that all living creatures deserve.