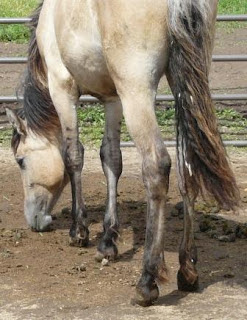 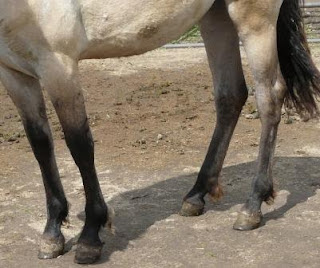 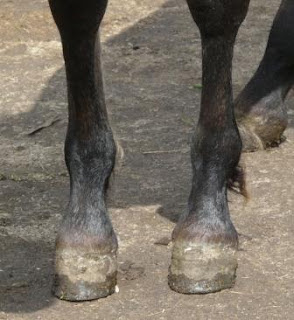 front from the side below 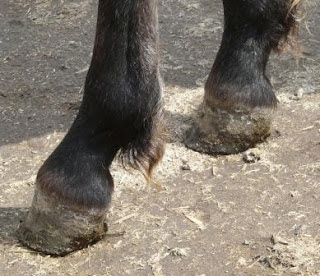 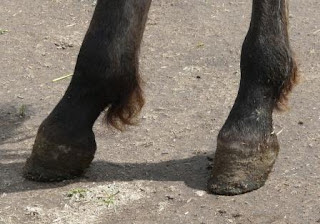 I had a farrier look at Beautiful's feet today--she isn't my main farrier--she was out here doing another horse's feet for a friend of mine who boards at our place. But while she was standing there she did comment about Beautiful's feet and she thinks we are in an EMERGENCY situation. BG is WAY too long in the heel and she stands on her toes. Her question is was she trimmed that way, or did she grow that way--and how long has she been standing like this.

Her worry is that the tendons have contracted into that tiptoe position and either will have to come down slowly by slowly removing the heel--or may never come down naturally--which would mean she'd always stand on her toe unless we surgically cut the tendons. She said we really don't have time to spare--she thinks we need to start them next week. But her training can't be aggressive because she shouldn't move very much on those feet either.

I'm very scared and disappointed, but staying optimistic. Everyone I've spoken to says they were trimmed at the BLM--so maybe this is a man-made cause and can be remedied. Also, I just have to believe it's going to be okay.

I'm going to step up the requests from Beautiful--and I'm open to any ideas to get her gentle enough to trim next week. There is a possibility we can sedate her and I can have my farrier come out and do it--but I'd rather do it without sedation--which might take longer.

Update: You know, when the farrier was here this morning, BG was eating and her food is in a depression, so she was pointing down. To balance herself she probably stood more on her toe, because the pictures in her run taken a few minutes ago show her sitting back more on the heel. What do you all think?
Posted by Linda at 10:08 AM