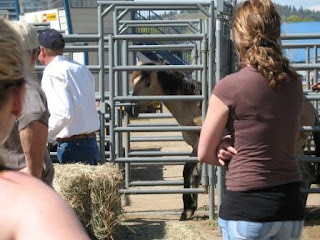 I'm not sure when the BLM brought the mustangs to Ride the West. RTW started Friday night and ran until Sunday--the silent auction ended at 10:00 am Sunday--just about the time I arrived. I assume they came in on Friday--as they made their way to other auctions along a route.

Out of about 26 horses brought to Spokane, 7 were adopted. From what I understand, that is an unusually low number. I think horses, in general, are selling slow in this area as hay prices increase. I'm seeing more stallions be gelded and hearing about more domestic horses going to auction. Maybe this is happening all over the U.S., but it's not a good sign for mustangs.

Here at our place, we have 14 acres and a 60x36--8 stall barn. The neighbors all have acreages, and no horses, so they allow us to graze their pastures-most years--except this year because they plowed it under to seed in fall. We have 8 horses here and the general rule is 2 acres per horse for sustained grazing, so we still feed hay.

The BLM feeds their wild-horses alfalfa because it is the highest in protein and it's the best we can get in the West. When we moved Beautiful Girl here, she transitioned right to our alfalfa/grass mix hay. The BLM does not recommend graining them if you feed high quality hay--like ours. My general rule with hay is ask yourself if you'd want to eat it. If it looks and smells yummy to you, it will probably smell good to the horse, too. Be picky.

You need a good trailer to adopt a mustang, or access to one, in order to get them home safely. You must also prove that you can provide adequate shelter. Volunteers will stop by and check in on the adoptee at random throughout the year--and remember--the BLM owns them during that time. You can apply for ownership after the year is up, and you've proven you are a good adopter. Though it sounds like a lot, this process wasn't difficult at all, and I look forward to my inspection.

Here's a list of some things you might need if you want to adopt a wild horse:

I wish I had been more prepared and asked more questions. For example, I wish I knew more about the Beaty's Butte area where she was taken--or where to find more information. I've noticed two different spellings for the same place. Her file says she's from Beaty Butte--but I've seen it referred to as Beaty's Butte more often. I'll just have to go there someday--from what I understand it's rugged and tough to get to.

I wasn't sure how they were going to load her into the trailer. I had images of them pulling her in with a rope, but of course, the BLM is much more organized than that. They separated her and got her into panels, opened gates to move her along, and got her into a chute to put the halter and lead rope on before she left. Oh, and they cut off her tag, #8000, and gave it to us for a souvenir.

Here are pictures of the loading process--our trailer was at the end, and we opened the doors at the same time so she would tunnel right in--as she did. 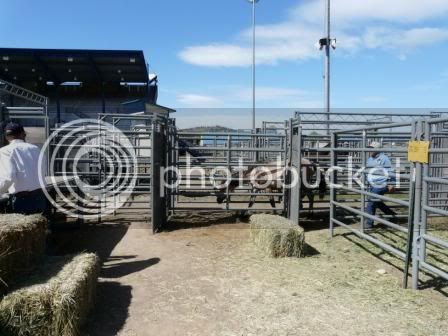 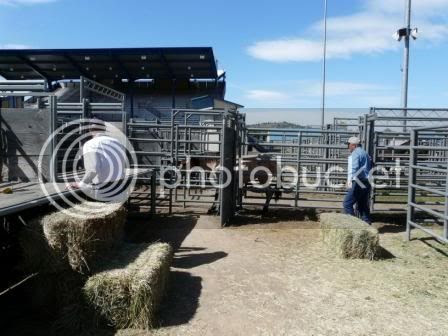 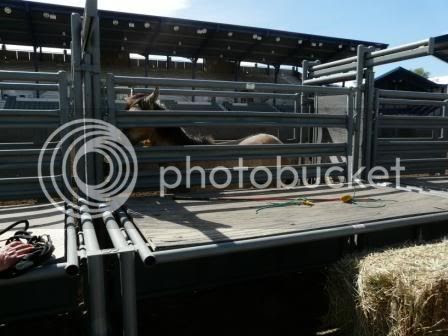 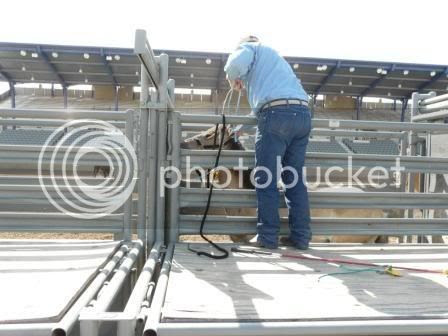 Being around horses all the time, you get to where you can easily recognize signs of distress: loose stool, nervous whinnying, lack of appetite, pawing, and on and on. Beautiful Girl had none of those signs. She loaded and unloaded without much to do--and she immediately started eating. She didn't even look around much or whinny, except to say a basic hello to the herd. I imagine she had a lot of exposure during the round-up and ensuing months, as well as during the trek to the adoptions.

Tonight I'm going into her stall to catch her lead and touch her for the first time. They say the sooner you gentle them the better, just in case they need emergency care and a vet has to see them. The longer they stay wild, the harder it will be for us to do the basic health care for her.