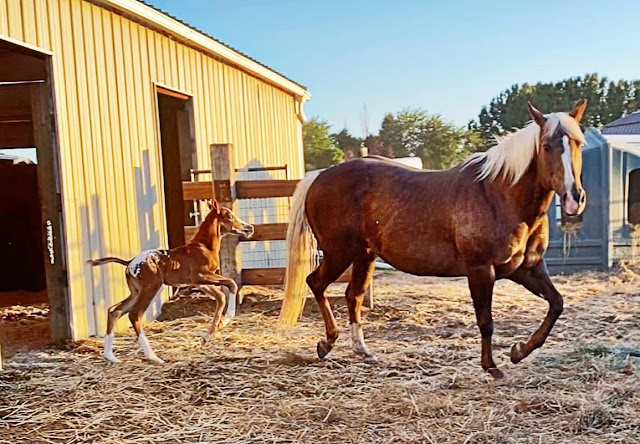 Shirley asked about the sire of Epona, so I'll share a few photos of her baby-daddy and baby-daddy's-daddy.

The story all started with Brilliant Knight, grampa, below. Aka, Studly. 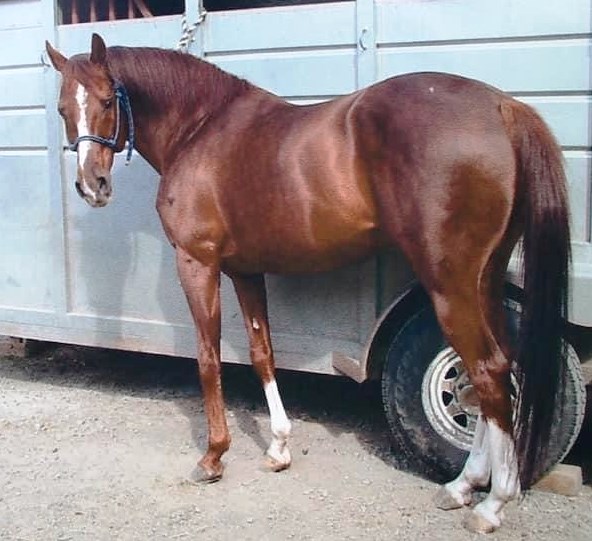 He came from a racing family, whose owners had grown too old to continue the sport, and hadn't done anything with him. He was gentle. Great conformation. Good mind. Solid bone. Athletic. Sarah's husband, a farrier, had been working on Studly for a while, and when he found out they wanted to sell him, he told Sarah to take a look, and it was love at first sight.

And it wasn't lost on Shiloh. She determined that if she ever bred Cowgirl, it would be to Sarah's stud, Brilliant Knight.

Alas, star-crossed lovers, it was not meant to be. By the time Shiloh was ready, Brilliant Knight was well into his twenties and passed away. Sigh.

However, the story did not end, because one of the mares Sarah had bred to Studly, had a beautiful boy--Mr. Tom Horn--an appaloosa--another big-boned, good-minded, gentle-as-get-out stallion. 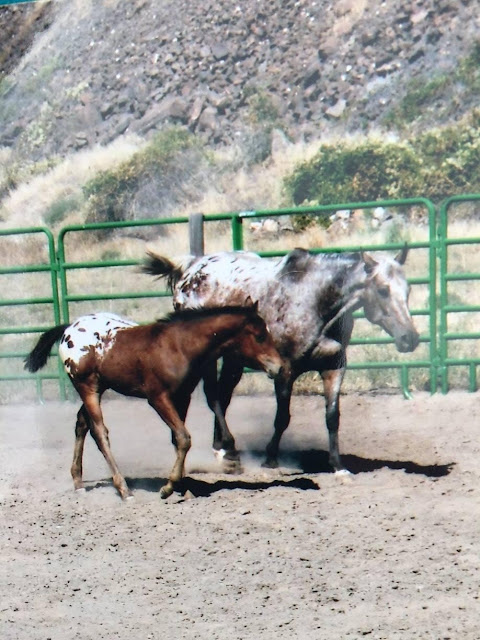 Still, not much was thought about it, until last spring, when I took Tumbleweed to kindergarten, and Shiloh decided to take Cowgirl along for a tune-up. 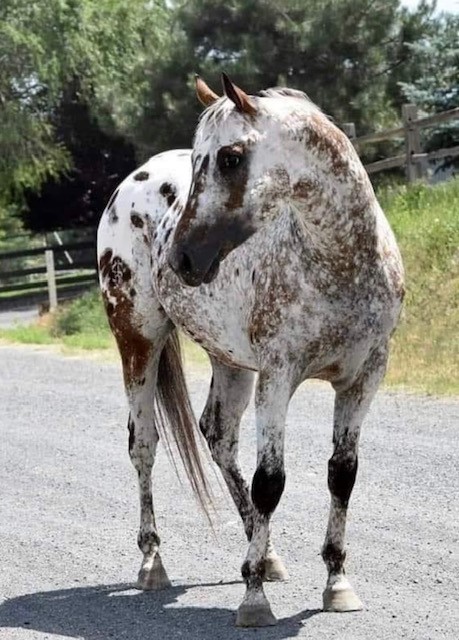 Could it be? Should I? Asked Shiloh.

She's perfect for it. Time is running out. Said Sarah.

And, Sarah got the job done, breeding them everyday Cowgirl was in heat.

The rest is history, as you've all been following Epona's journey since conception. 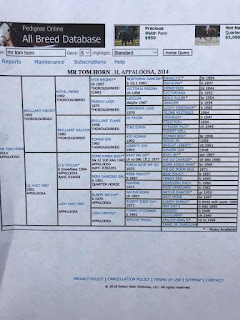 She will be a registered appaloosa, which is fitting, since we live at the edge of the great Palouse, and it is Shiloh's great love and dream to live in the heart of the Palouse one day. The Appaloosa museum is in Moscow, Idaho, and the Nez Perce tribe, known for their appaloosas, is next to the city where Shiloh was born and raised, Lewiston, Idaho.