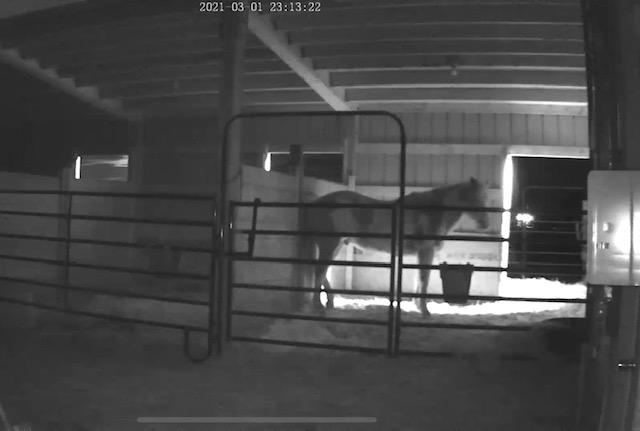 (Keeping constant vigil on Cowboy. He has taken to resting his hind end against his stall wall during the night. His birthday is coming up: March 7, 1995.)

I'm so happy spring has arrived--sunshine and temps in the 50's-60's--wow!! But with it, injuries have also arrived. Leah had swelling in her fetlock, possibly due to the mud everywhere. She's better now, but still on stall confinement. She is very, very happy in a stall, and it keeps her from overeating.

Unfortunately, a few days ago I noticed some swelling in Tumbleweed's back right.  It was almost imperceptible, and I doubted myself--thinking I was just starting to see leg injuries where they didn't exist. But upon closer inspection, there was a little heat and swelling going on.  He wasn't lame at all, and it went away quickly on its own.

Still, that was a surprising development, since he had been on stall confinement for his spring safety. I saw the melt and mud, and what happened to Leah, and I didn't want anything to happen to him, so I moved him into the barn last week with turnout only in the arena where there's sand. Who knows how he did it. I'm doing everything I can to keep him in one healthy piece before training in 8 days. Pretty much, I've done everything except bubble-wrap him. Stay sound, Tumbleweed!!

And there was one more sad, spring development, or really, the progression of a recurring struggle with Cowboy's arthritic hips and front left foot: I found him down and unable to get up without my help.

It happened when he was turned out for a few hours during the day. I put him out at 1:00, left to run errands, then returned at 4:00--his dinnertime. (The first thing I do, whenever returning home, is walk strait to my back windows and look at the horses, especially when Cowboy is out for turnout.) I saw Cowboy lying down. (Weird, since it was feeding time, and he never sleeps when he knows I'll be out soon.) I watched for a few minutes and saw him lifting his head, then lying it back down.

I changed boots quickly and ran outside, towards him. He heard me coming, and tried to lift himself, only to lay back down. When I got to him, he was lying in a somewhat slick spot, but really not that bad--and it was level. I got behind him and pushed on his hips and he jumped right up. By then, my husband had also arrived to help with the SOS, and we inspected, and then walked him out.

He wasn't limping, but he was stiff--which is to be expected.  He was hungry. (Nowadays, he is almost entirely eating Equine Senior.)  He had been on his "off days" for meds.  (My vet wanted me to rotate 7 days on, 7 days off, for as long as possible, to give his kidneys a rest.) I think we're at the point where there will be no "off days."

It was 2 days ago, and I'm still evaluating the situation. There have been no repeat episodes. My farrier always said, keep him moving. You've got to use it or lose it. And, winter has kept him from using it or moving it.  Spring arrived, and he started moving it a lot--perhaps, causing him to be sore.

Today, my plan is to lightly walk Cowboy and do bodywork. He will have turnout in the pasture.

For Tumbleweed, I plan to saddle and hand walk him, load into the trailer, and practice obstacles. I want him to stay calm and use his brain. In fact, I'm going to instruct my trainer to work on that above all else. I want a solid trail horse, so I want her to do everything associated with a working ranch horse. 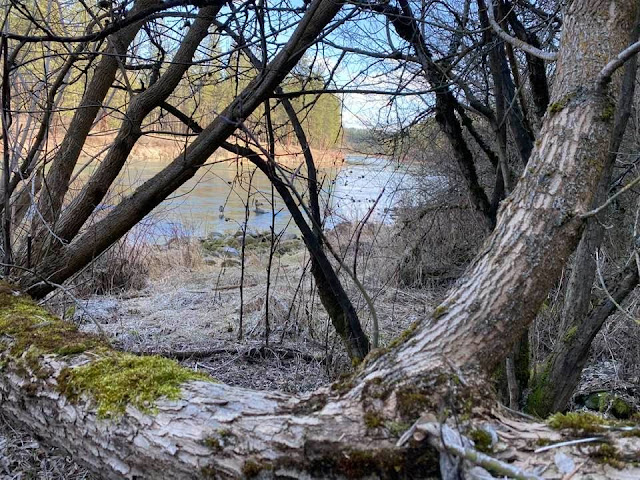 On the positive side of this spring weather, we're getting in some beautiful hikes. Yesterday, my husband and I did an 8 mile hike along the river, and it was just gorgeous. (We were sore afterward, which gives me extra sympathy for how Cowboy is feeling now that he's moving again.) 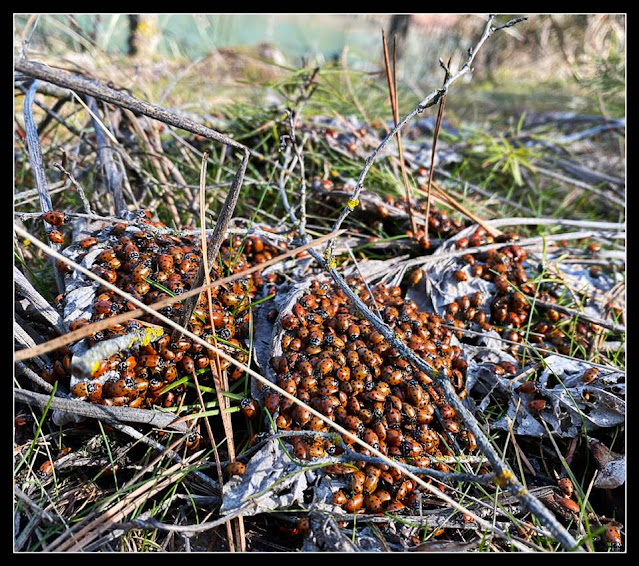 A homeschool group passed us and pointed out all the ladybugs along the trail. We had mistaken them for discoloration on the ground and trees, but there were hordes and hordes and hordes of them everywhere you looked.

The birds were back and chirping away. The geese had also returned, and were bathing, flapping their large wings, and honking. 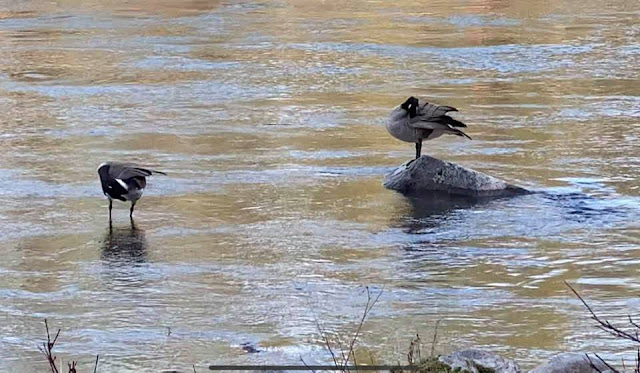 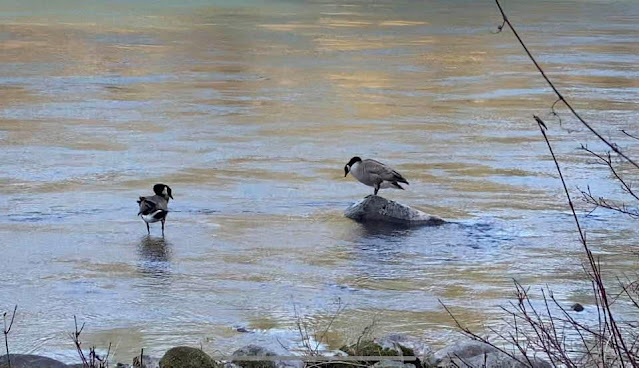 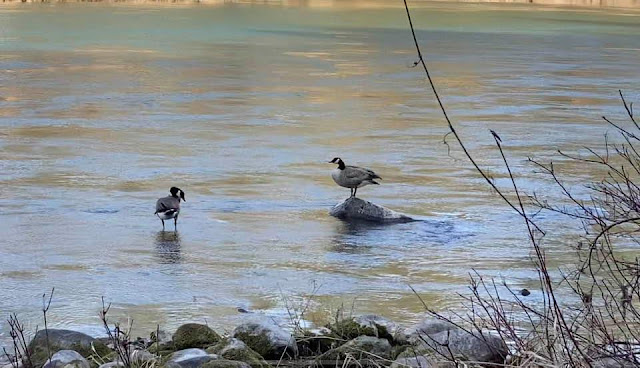 Welcome back, sunshine!
Posted by Linda at 9:18 AM