Photographing this Loverboy is so darn difficult.  By the time I reach for my camera... 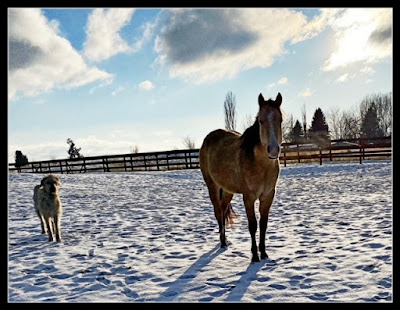 He's on the move. 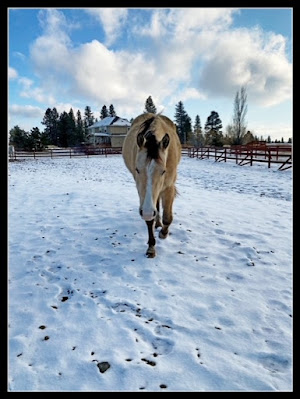 And joined at the hip. 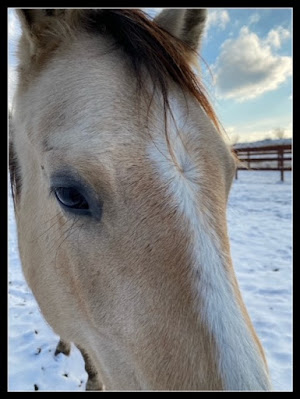 He's so easy to worm, and he even followed me to smell the empty syringe as I walked the pasture and went from horse to horse. 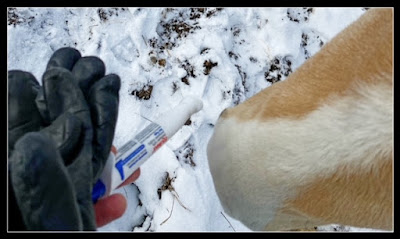 Leah didn't like her worming experience.  I had to grip her upper lip to get it done, but then she was all relaxed, like it was no big deal, and I did her bodywork. 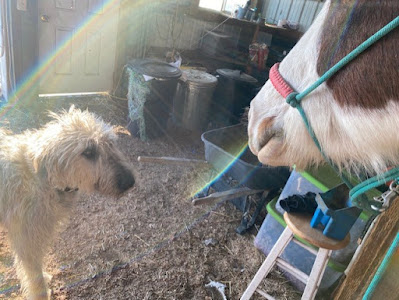 An interesting thing happened last week while I led Cowgirl out to turnout. She was prancing all around and bolting in front of me, looking like she wanted to go beat up the herd. She is never like that. I finally got her into the gate and released her, and she went charging at them and lunging at them over the fence.  So, that was crazy, but something even crazier happened.  Loverboy, aka Tumbleweed, moved the herd back, and he took the front position and started lunging over the fence at Cowgirl. I thought his whole body might end up over it.

I didn't know what to think about it.  He has always taken the baby role, but something dramatically changed, and he is now in the role of protector.

As I did my chores, I mulled through what Shirley said about the video of him doing Liberty work in the open pasture, the wolfhound barking at him, and him herding the dog away, then returning. Shirley said he was protecting me. That was a new, and amazing, concept.  But in light of what I saw him do for the herd, it makes sense.

I think this new development will deepen our relationship and make him an even better student at school. He's left the baby behind, and he is now, Loverboy.  At least, that is the first thing that comes to mind when I see him. ❤