A Student of the Masterson Method 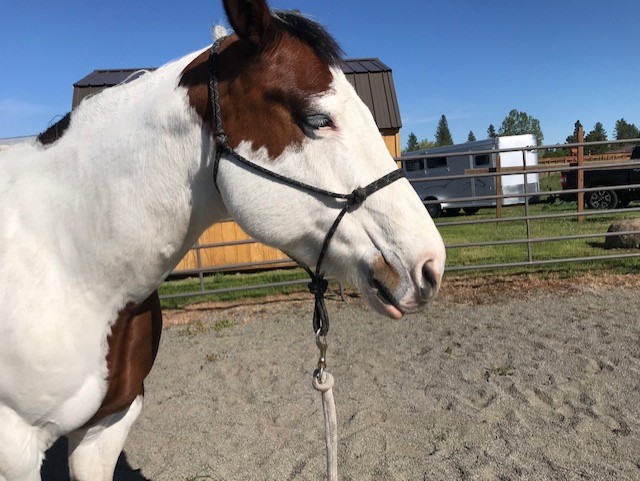 (Leah resting after her first Masterson session. Her movement improved, too)

Every once in a while, no matter your age, you learn something new and revolutionary--and you wonder, why didn't I learn this a long time ago?

Well, the same thing could be said for learning the Masterson Method.

For those who have followed this blog throughout the years, you may remember I studied TTouch with a local practitioner and it really helped Cowboy and his head shaking.

The Masterson Method has done the same.

I'm watching the lessons online, practicing on the horses, watching online again--and progressing step by step. So far, I've only really learned the Bladder Meridian Technique--beginning work--and the Poll Atlas Junction. I have those down pretty well now, so I'm going to move to the Neck, Shoulders, Withers. Hind end junction and Back work will be the last portions.

My daughter is doing the work with me on her horse, Cowgirl. 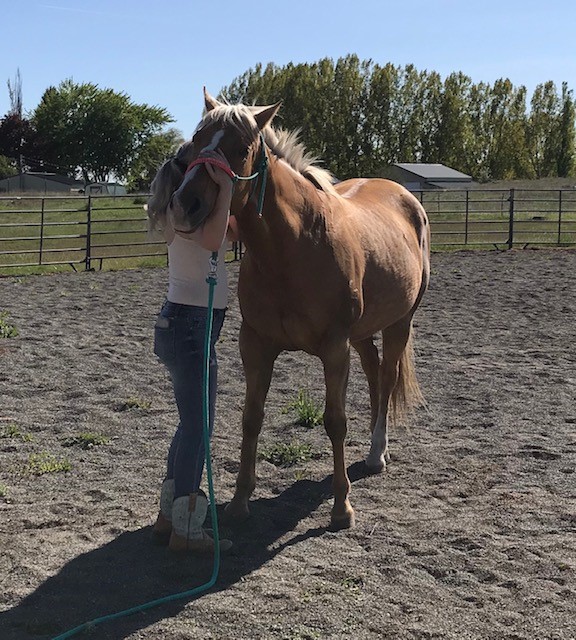 I've been practicing it for about a week. Yesterday, when I got Cowboy out, it was very windy--and wind makes his head shaking much worse. With his involuntary head bobbing--the vertical up and down that defines Equine Head Shaking Syndrome, I didn't know if it would be safe to work with him--but I kept my distance enough that if his head shot up it wouldn't hit me--and I did the work anyway.

What I found was that he had many nerve triggers from his poll, neck, back and hind quarters--triggers for his head to bob.  I found those spots during the Bladder Meridian portion--where you use "air gap" pressure down the line.

I was able to get him to release a couple of those, but the wind wasn't helping me --so I finished, probably prematurely, and moved onto the Poll Atlas Junction work.

The key there is to have them relax into each portion of the work and avoid bracing. Cowboy enjoyed that part of the session and got some major releases. By the time the session was done--with only those two segments of the method--Cowboy's head shaking had stopped.

Cowboy was a tough subject because when a horse bobs its head--it can be a sign of release--but for Cowboy, it's probably a nerve issue.  I was happy to see him get so much out of it, and I'm encouraged to do more with him.

I won't recreate the method here, but I am interested in thoughts on it from those who have used it or thought of using it.

I look forward to learning, and practicing, more--and adding a new tool to my kit.  The fact is, even if it didn't work--it did--but even if it didn't--I would still be improving my horse/human relationships. If every time we get our horses, we ride them--we can fail to build a full relationship--more moments of giving that build love, trust, and communication. (They have to trust you in order to release in front of you.)

I was thinking, many of these things can also be accomplished through riding--bending, extending their backs into the walk and trot--massaging their poll (something I always do when I'm on their backs)--but we learn so much more about their bodies doing this on the ground.

Where are they holding tension? Where do they hurt? How can we help them relax, release, and feel better?
Posted by Linda at 10:38 AM