A Professional Photo With Your Heart Horse

Do you have a beloved photo with your heart horse?  I have many that I like a lot, but I've never had one taken professionally.  My daughter has told me for years and years that she wanted one taken with her heart-horse, Cowgirl.  She even wanted her senior pictures with her, but it didn't work out.  Her photographer was a bit of a flake.

But recently, her friend, who is just starting out in photography, offered to do the honors.  They all converged here at our little ranch last Saturday. 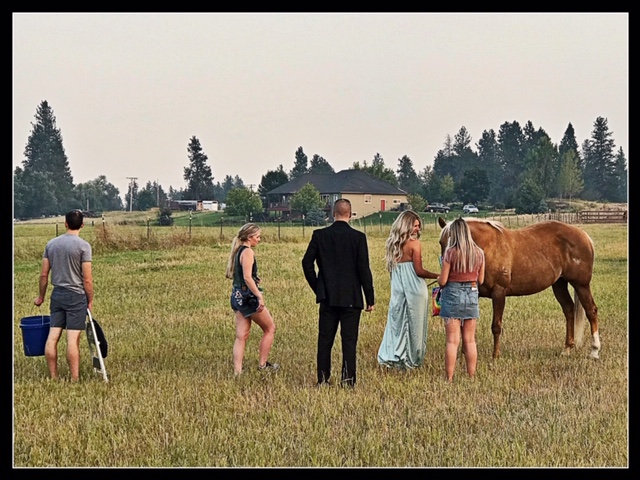 I guess I should backtrack just a second to say that we had been working with Cowgirl and smoke bombs.  Yes, smoke bombs.  My daughter thought it would be rather magical to have a few photos engulfed in colorful smoke.  No easy feat when horses are scared to death of smoke and fire.  But we did our best to desensitize her beforehand.

When it came time, Cowgirl didn't do anything crazy when they were let off, but she wanted to turn and face them, whereas the camera was on the opposite side.  I assisted in several photos to hold Cowgirl, and I hope to show you very soon the photos that correspond. 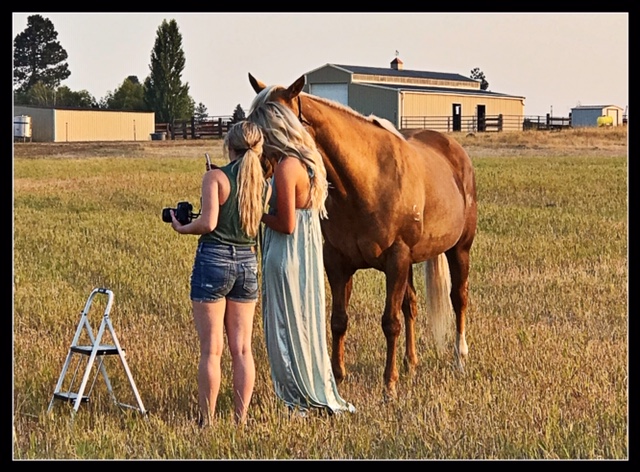 My daughter is very elegant, a quality she got from her grandmother, not me.  Where I am a jeans and boots gal, she is a long and flowing dress gal.

Seeing her and Cowgirl together, though, melted my mama's heart.  My daughter was going through a tough time when she found Cowgirl as a weanling on Dreamhorse in 2004.  She had endured her parent's divorce, the death of her previous horse, and a few other things.

She still had Red, our horse who lived to be 37, but she wanted to raise a baby, and she was very determined.  I wasn't as keen on her raising a baby at that time, but she saved up just enough money to buy the palomino horse she found (all by herself on Dreamhorse) which turned out to be Miss Cowgirl.

I consented and made her a deal that she had to pay for the horse and earn half of the keep--to include training, feed, board, etc.  And, upon graduation from school, she was to assume 100% of her keep.  The other part of my deal was that I'd only pay half of her training IF my daughter participated in all of it with the trainer.

She did it, and here they are still together after all these years. 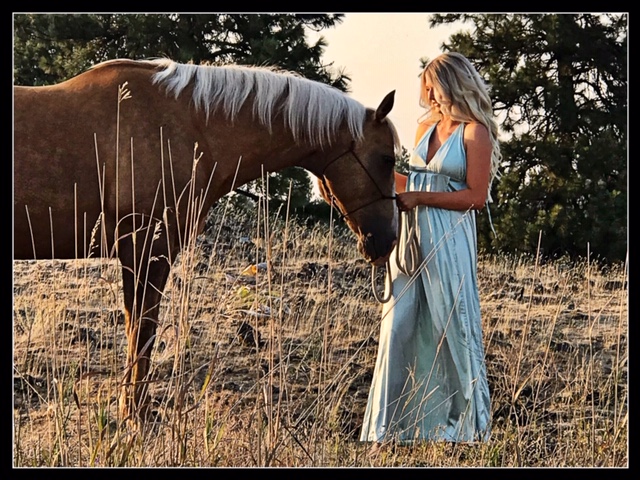 Cowgirl has such a love for her.  Horses know who their people are.

We don't have the pictures from the photographer yet, the ones above were done on my phone, but she did send her a picture of a picture that she'll be developing. 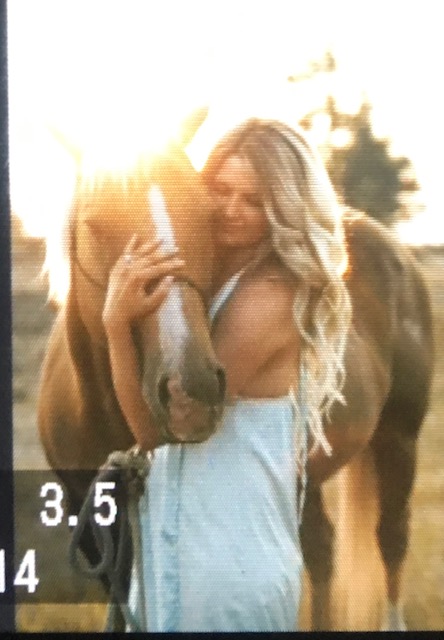 I'll share the finished photos with you when she gets them.

It has made me think that I need a professional session with my own heart horse before it is too late.  I want to do this same thing with Cowboy.

Of course, I'll be wearing jeans and boots if I do.

Have any of you had professional photos taken with your horses?