Day 2: Doing a Little Something, But Mostly Nothing 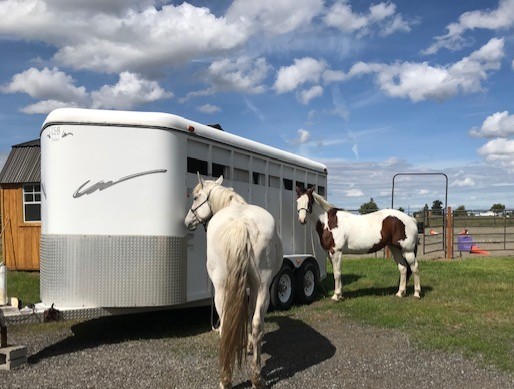 I was supposed to go on a ride today, but everyone canceled, and I ended up doing what really needs to be done--more of a little something, but mostly nothing training.

I started by tying the two girls.  I use Blocker Tie Rings on the 2 setting.  While they stood tied, I worked with Cowboy, ponying Tumbleweed.

I timed the sections using Siri on my iphone.  I'd ask her to set a timer for 5 minutes and during that time, I stretched, breathed, and petted her.  When the time was up, I took her over obstacles, and then returned either to the same spot, or a different spot, to rest again.

Here she is resting by the gate on the opposite side of the arena. (Gates tend to make her nervous) 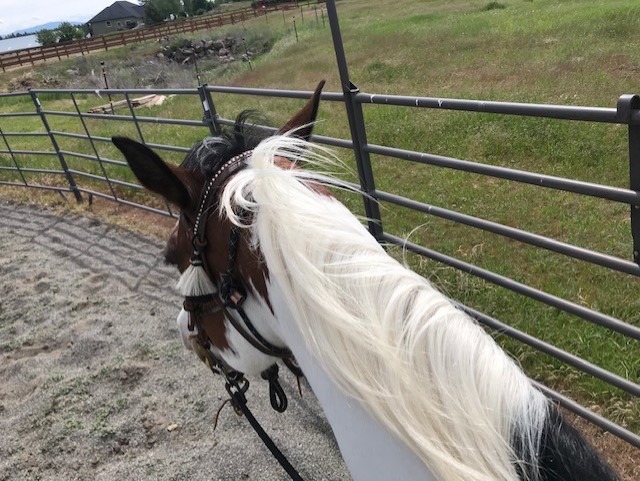 The difference in Leah's work was phenomenal.  When we finally moved out, I used only neck rein pressure for our turns.  She was much more responsive in that calm frame of mind.

I watched a short movie on YouTube today, 500 Miles (I'll embed it below).  One of the trainers said something that really stood out--I'll paraphrase a bit--

Horses are prey animals, and we're acting like predators when we're on the edge, always on the go, with a mission critical objective.  You need to slow down and make sure they're okay.

I feel like I'm doing that now with Leah. 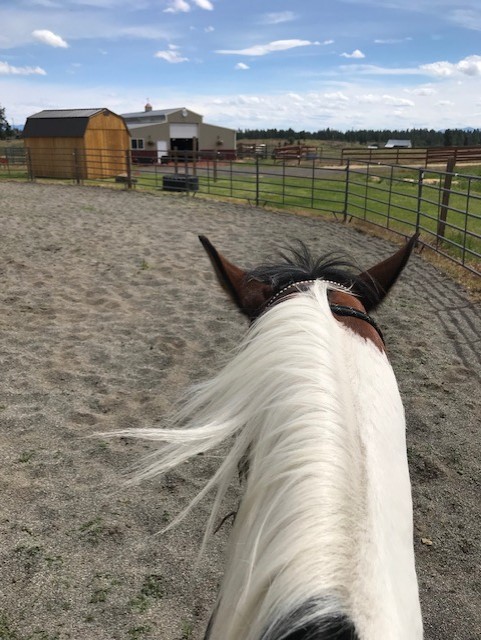 I tied her up inside the arena, and got Beautiful Girl.  We worked on the same things, but from the ground.  BG loves doing the obstacles, and is very precise in where she places her feet.  Leah is, too.  Both horses suffer from the same problems--anxiety, anticipation, and overreacting.  Not on the ground, but in the saddle. 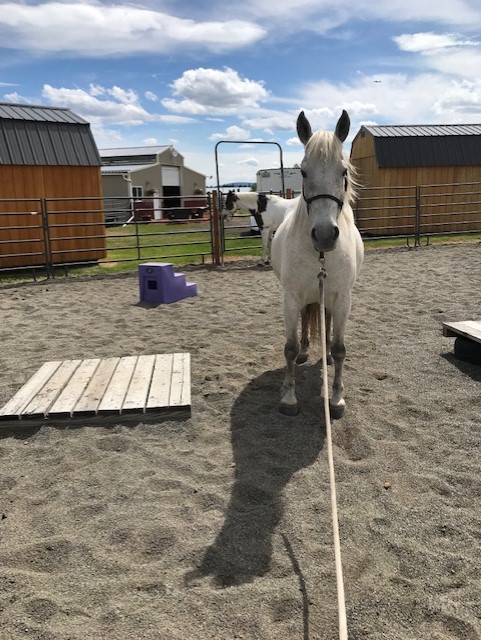 Here's Leah cocking a leg and relaxing.  She has always been good at standing tied. 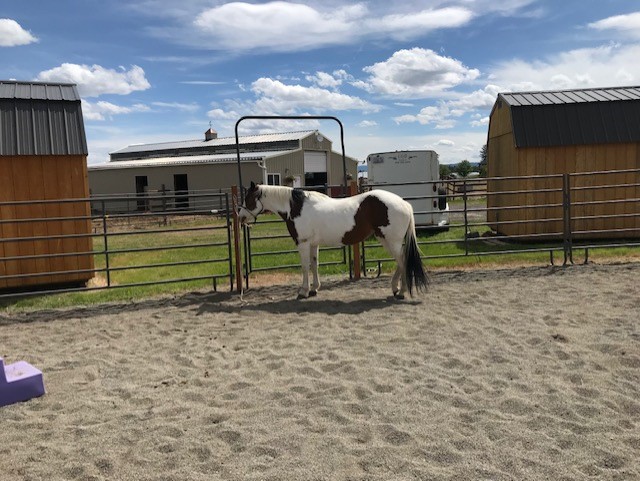 The horses aren't the problem with this new training style--they're eating it up and excelling.  It's me.  I have a hard time letting go of my predator nature.  I am all about objectives and getting things done.  I'm like A to Z in five seconds--speedy Gonzales.

But I can be trained!

While I transitioned between Leah and BG, I tidied up my arena obstacles and tack room.  That kind of cured my need to get something done.  And, while I did all these patience and relaxation exercises, I had music playing.  (Not as good as having a television, Sarah B!) 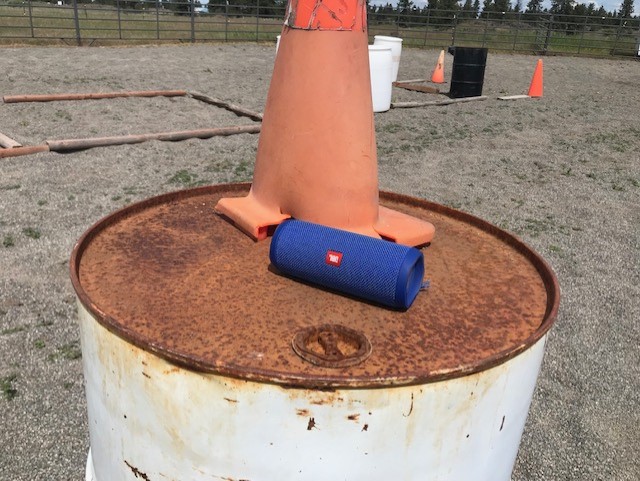 A bit of serendipity: while I was uploading my own videos, I came across some videos--one on bucking, where Clinton Anderson highlights a dangerous bucking horse that was trained out of it, and the other on the 500 Mile movie. Beautiful was nothing like the bucker in the Anderson clip.  She showed no signs of bucking in saddle before her two separate bucking episodes.

I recommend you read Jenna Blumer's blog post today about Warwick Schiller.  What he is doing is very much what I'm exploring now.  He really looks into the idea of a horse who hides their anxiety.

I had previously shared the Anderson clip, but I deleted it, because it isn't representative of where I'm going with my training.