On My Own: Part 3 Unloading A Green Horse From the Trailer 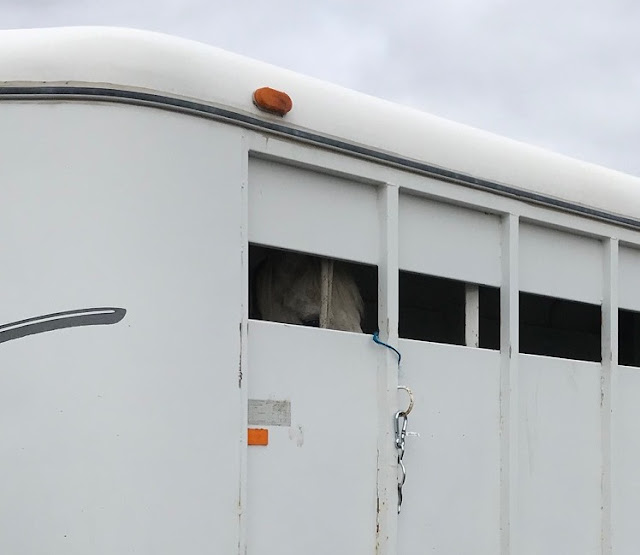 Once we took off down the road, I shifted gears into action.  All the questions had been asked, all the tools loaded, all the foundation laid.  Any fear I had was gone.

This is how I work: Leading up to what I'm going to do, and it could be anything, I entertain a thousand possible scenarios, but when I decide on a course of action, my mind blocks it all out. Which is probably a good argument for someone kicking me out of my comfort zone.  People like me can get stuck there until the necessary impetus launches us out into the big world.  Sometimes it works out, sometimes it doesn't, but it's never as bad as I think it will be.

Out in the big world, the drive to the park was a breeze--barely any traffic, Bee was quiet, it was completely normal and boring.  When we pulled up, I could see Rebecca off in the distance with a group of riders.  She was finishing up a clinic.  I figured it was best to unload Bee by myself.

Anticipating that Bee may want to bolt out of the trailer, when I was preoccupied with opening and securing the panel in our 3-Load Slant, I secured a long line to her halter, from outside the trailer, then fed it back through another partition.  When I entered the trailer, Bee was a little nervous and wide-eyed and I could see she was breaking a sweat (but not as bad a sweat as the ride last summer).

I picked up the long line and started to open the panel.  As I opened it, she did, indeed, move to the left to open up a path for a quick forward exit--or bolt.  But I had a hold of her with the long line, and I held it firm.  She felt the pressure, and immediately gave to it. (Whew) That gave me time to secure the divider.  Not wanting to get trampled, I held the long line until I could get near enough to grab hold of the lead rope--which she had untied.  Then, I unclipped the long line and asked her to back out, which she did very well.

We had made it safely.  One of my two big what if's had been conquered.

I took Bee for a little walk around the park, letting her see everything and build confidence by the ability to move her feet (self-preserve).   I stopped here and there to see if she was listening to me, if she was looking to me for security. 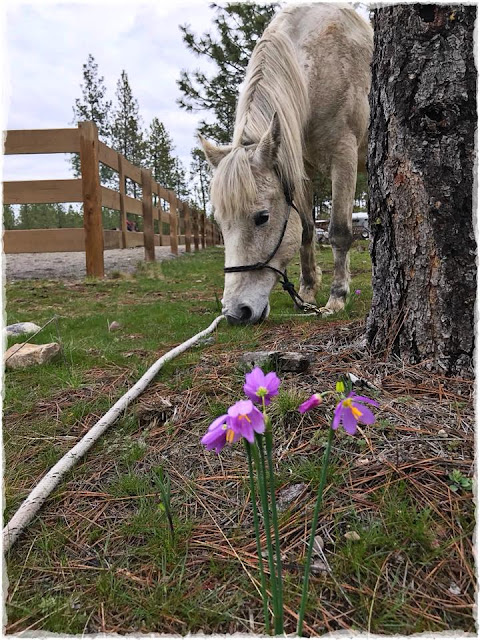