My Very Own Trail Course & a Future Foal

So much happens in a week around here!  My trainer, Rebecca, listed her trail obstacles for sale last Friday, and Saturday morning, we were hauling them over to my arena.  I picked up two bridges, the car wash, a tractor tire, several cones and barrels, poles, and other nick nacks.

I immediately set them up. 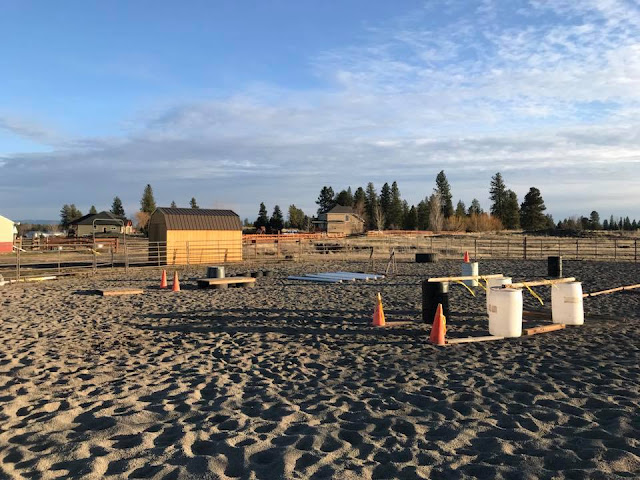 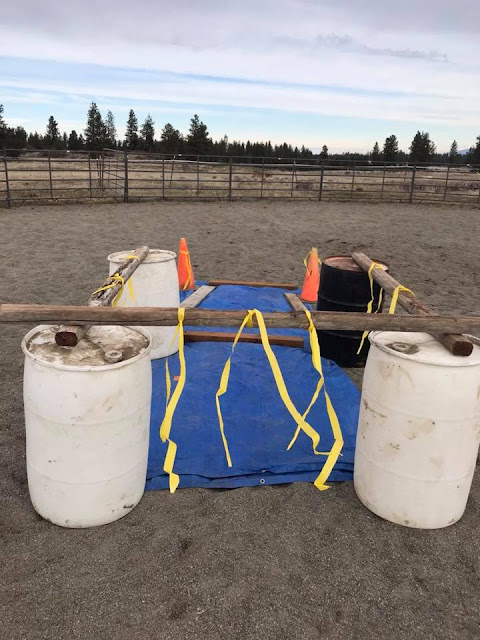 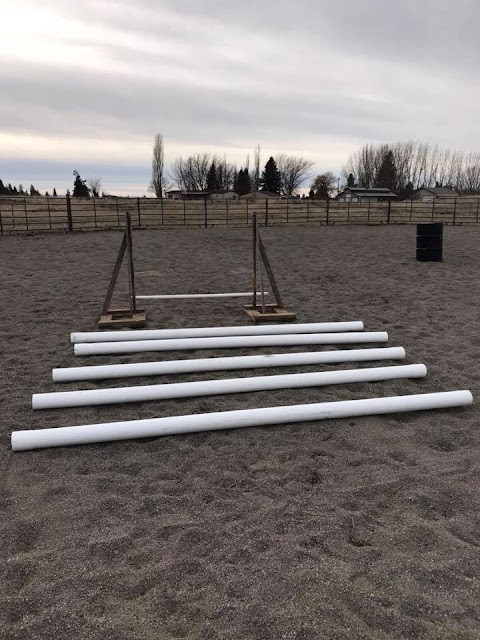 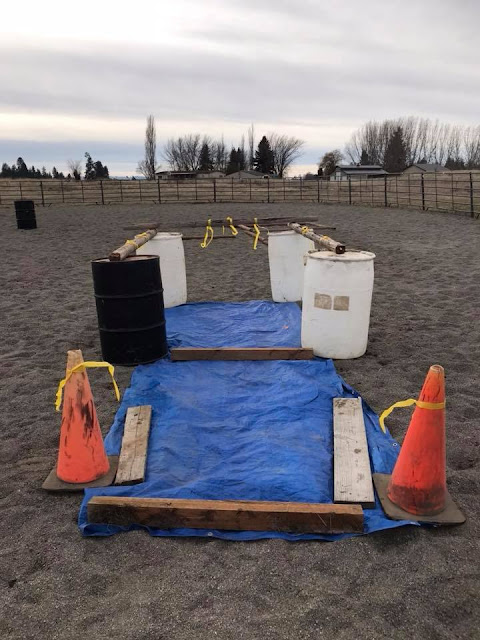 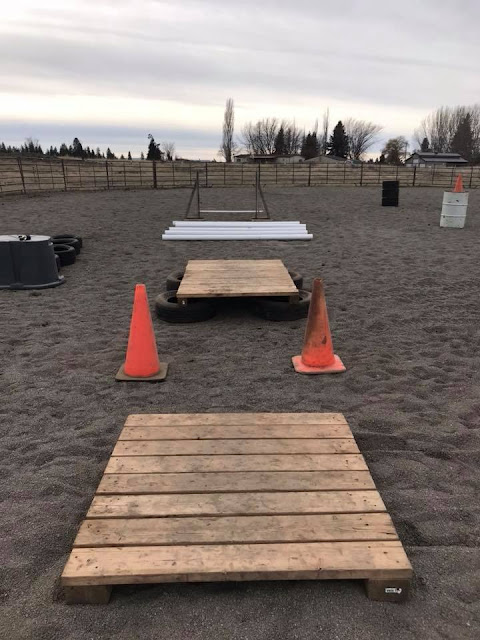 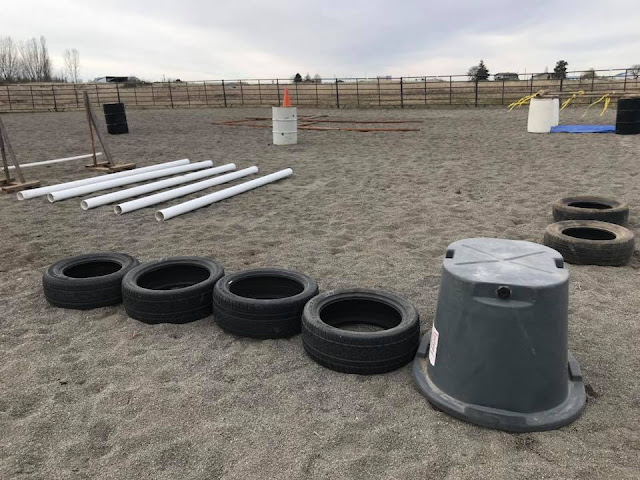 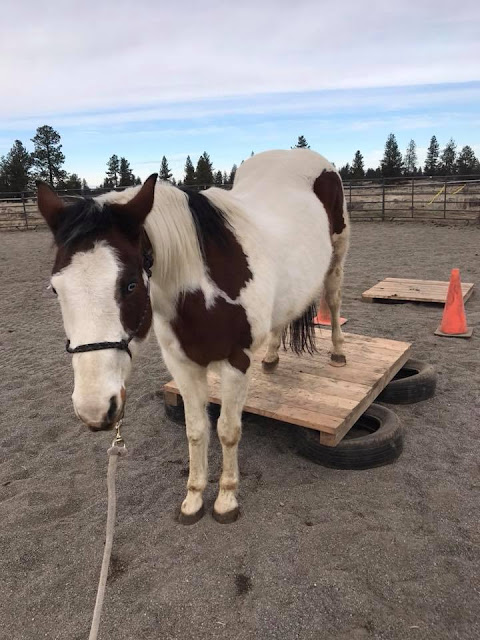 First, we went through by  hand. 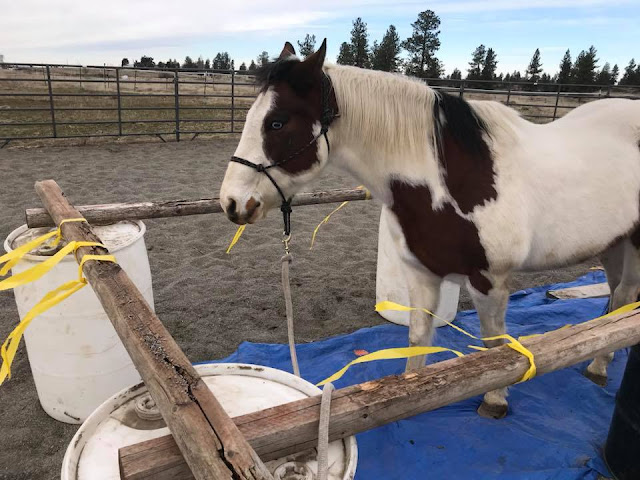 Then we rode it. 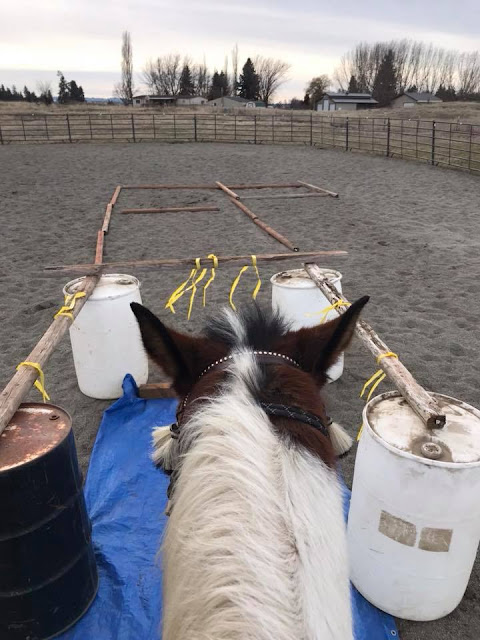 This one didn't go so well.  She went right in, but once there, I asked her to back out and her foot got caught on the tarp--dragging it out with her.  She flew backwards taking out a few barrels and poles.  But you know the good thing about it?  She didn't fall over or trip!  She's getting so much more sound and flexible now that I'm bending and using her--and she's lost so much weight!  I can pretty much ride anything she throws at me, but I don't want her coming down on me.  And she didn't.

But that did throw us back a few steps.  I worked her with the tarp separately.  Then, I asked her to go back into the obstacle without the tarp on the ground.  She refused no matter how hard I kicked.

I had just read an excellent blog post about how much pressure is too much or not enough by Radek Libal.    It really came in handy here.  She wasn't moving--a sign I wasn't using enough pressure.  So, I dismounted--which made her very happy--lots of lip chewing and patting herself on the back for a job well done avoiding that scary object!  But I walked her to the Cowgirl Cave, put on my spurs, grabbed my crop, and back out we went.

She went right in to the obstacle with not needing them.  (Um, someone is a smarty pants.)

But I asked her to do it again, just to be sure she was okay with it...and NO!  I did all kinds of things, and I kept increasing the pressure, but then I got the signals that I'd gone too far--she started getting light in the front end and spinning out to the left--a sure sign there was going to be either a rear or a bolt--I chose the bolt.  There wasn't much I could do except make her choice harder for her by circling her in tight circles both ways--then approaching the obstacle again.

So I took a few steps back with the pressure.

I'd give her a light tap with the crop--keep her straight--and when she took a couple steps forward, I released all the pressure.  Pretty soon we were in the obstacle.  And, I did it again just to make sure she was okay with it.

This obstacle is an odd one, because you have to back out of it.  Backing out tells them there's something to be scared of.  I guess it's good in that way because it shows them that backing out isn't always a sign of retreat and fear.

Today I took Bee, Cowboy, and Leah through in hand and they all did awesome. 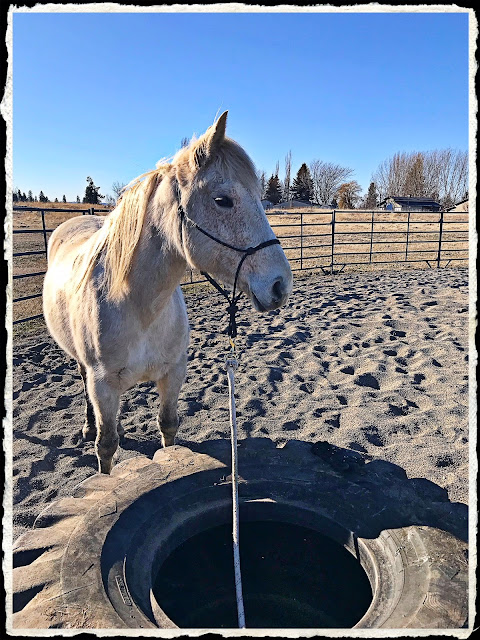 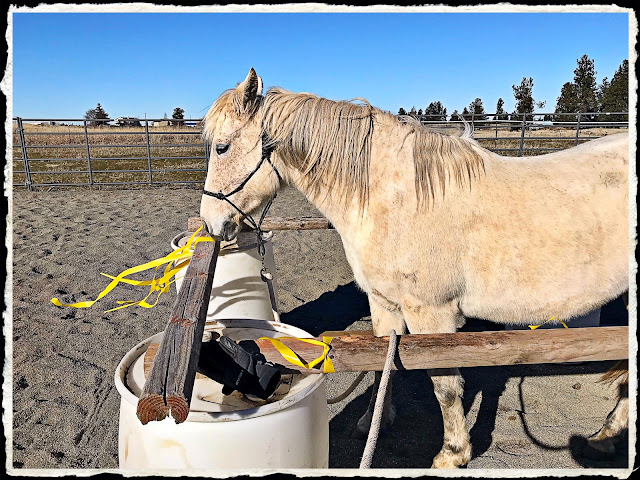 Bee also had a clinic Saturday and did great there, too.

I told everyone that I have one more horse in my future.  I wanted to raise and train one more baby after Cowboy was no longer ride-able.  But I wasn't ready to go out and look yet.

But at dinner the other night, my daughter told me she wanted to breed her horse Cowgirl, but she wasn't in the position to afford it now or to keep the foal.  She asked me if I would like to breed her.  She thinks Cowgirl is getting up in age and we need to do it now if we're every going to.  She thinks Cowgirl really wants a baby and would be an excellent mother.  She's right.  And, Cowgirl is by far the best, smartest and toughest horse we have out there.  She's exceptional in every way we want in our trail horses.

I needed to find a stud close by, so I contacted a dear friend who was born and raised on a ranch in this area--very well respected--and a wonderful horsewoman.  She got right back to me and said she had taken care of a stallion a while back and bred her mares to him--and he was the smartest, gentlest one she'd ever met.  He was a reiner and he met my conditions of being foundation QH--at 94% foundation.

His owner, turns out, is my equine chiropractor, Dr. Jenny Wells. And, he's from Quincy Dan lines--the same lines as my first ever heart-horse. 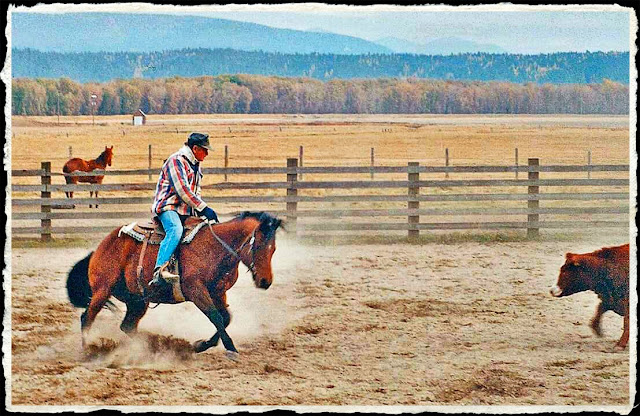 His owner passed away and he was handed down to his grandson, the husband of my equine chiropractor.  They love him and use him and treat him like a king.  They've never bred him and they're not advertising him, but they're willing to do this. He was bred extensively before this, and everyone says his babies are smart, athletic and super gentle--like him. 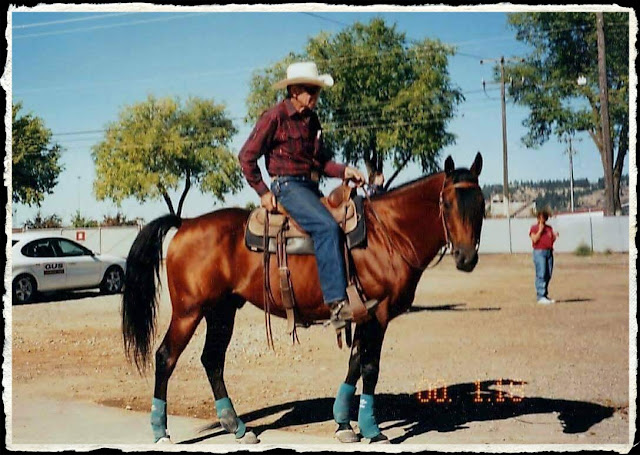 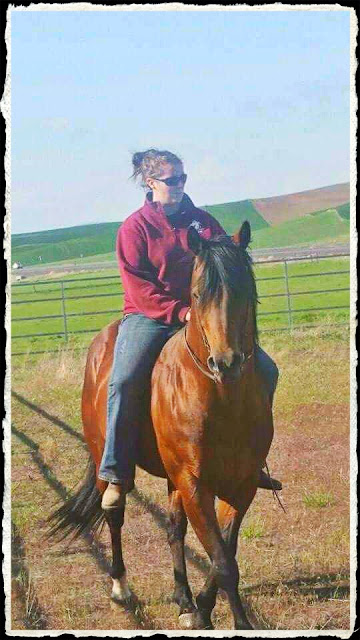 He's 24, so not young, but he looks much younger than he is.  He doesn't show any signs of arthritis. His teeth look strong.  He was gorgeous, kind, calm. Shiloh and I fell in love.  If this is his last baby--we'll feel fortunate to have had the opportunity.

We all know Cowgirl loves the old ones--she was raised from a weanling by Old Red who died, with her by his side, last February at the age of 37.  And, if this works out, it will be like having a piece of Old Red in this foal.  He passed on so many traits to Cowgirl, and now Cowgirl may have the opportunity to share them with a baby.

So, wish us luck as we start down this new path.  I'm praying that everything goes well.  The first obstacle will be finding out when she's ovulating and getting her to him.  We plan to pasture breed, and from what I hear, the ladies love him and he's very good to them.