A Second Ride on Beautiful, A Water Adventure, AND a New Car

I had a whirlwind weekend that started on Thursday and ended Sunday.

To start, my husband and I took our Waverunners up to Kettle Falls.  We rode them up the Columbia River (Lake Roosevelt / Columbia) to the Canadian border. 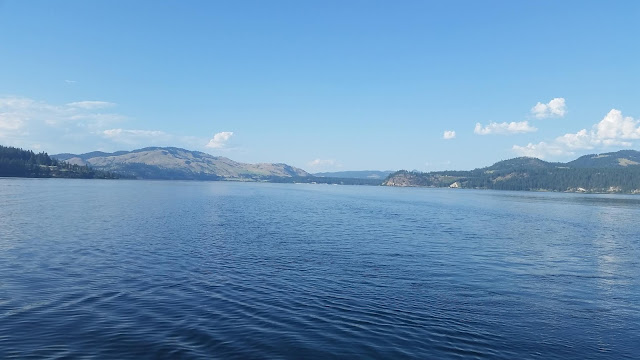 On the way, we saw a sign for a winery. 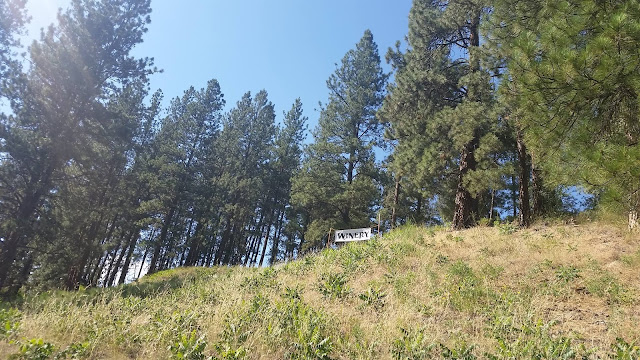 Would you like some wine?  Yes, we'd love some wine!

We pulled the Waverunners onto the shore and tied them off. 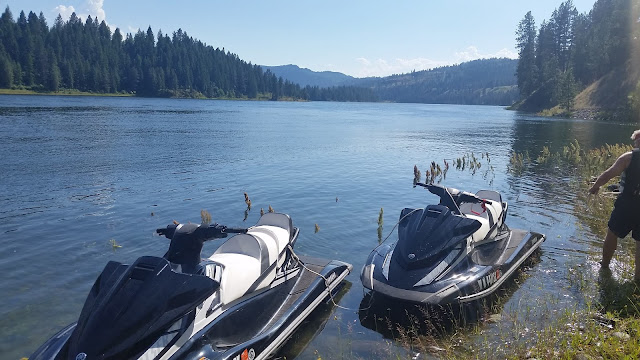 We hiked up the hill my husband is walking back down in this photo. 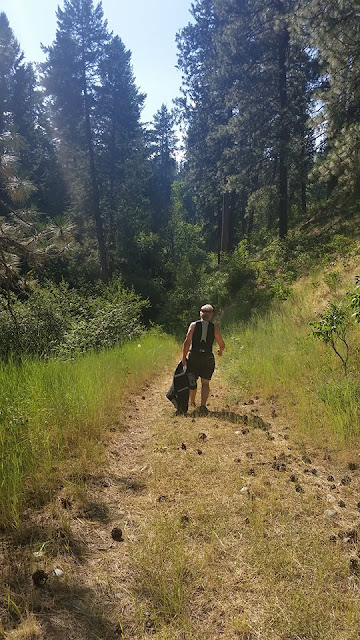 We walked through a gate that warned of "electricity". 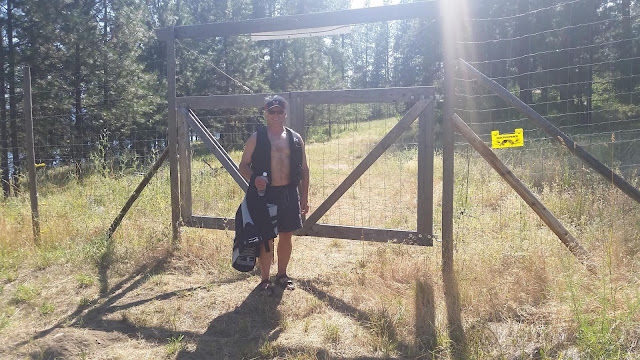 At that point, I was a little nervous wondering if it was going to be a scene from Deliverance.  I mean, there's nothing in this photo that says "lovely winery in 1000 feet."

But we followed the path and came across the vineyard. 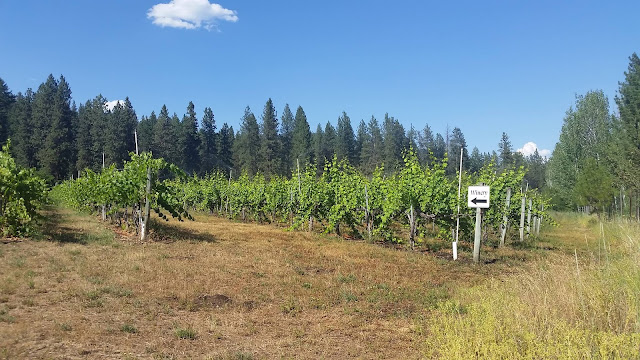 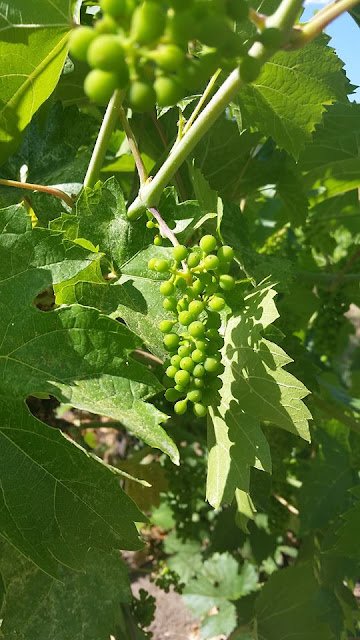 And soon, we found our Shangri-la.  (And, like the people of Shangri-la, the winemaker said he was 75, but wouldn't have passed for a day over 60.  He looked like a thin, healthy hippie with longish, blondish, grayish hair, and wearing a Hawaiian shirt that was open in front.  His picture is on one of the labels.)

Here is the label: 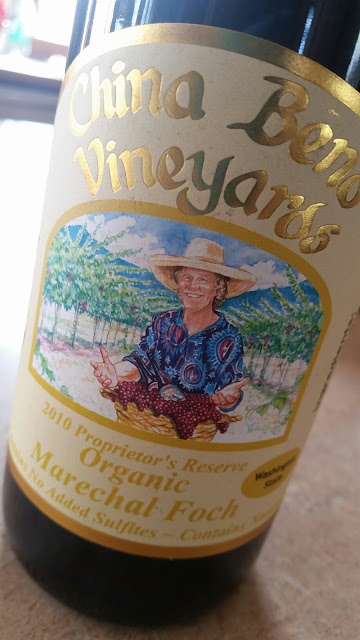 The China Bend Wine Tasting Room that he and his wife built 35 years ago.  It's called China Bend, because the bend in the Columbia River, at that point, is the same name.  Also, I heard they are selling the whole operation if you'd like to move to paradise. 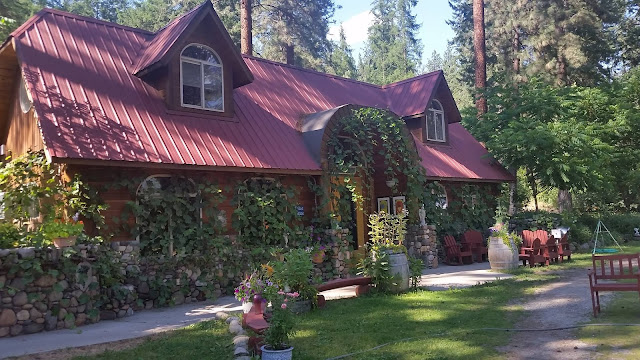 Like a scene from Hansel and Gretel except, instead of candy and gingerbread,this house was resplendent of vino. 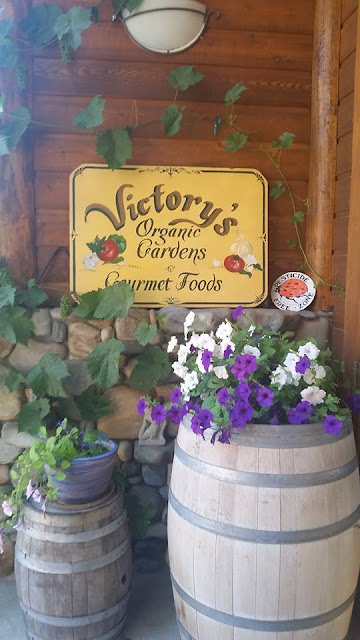 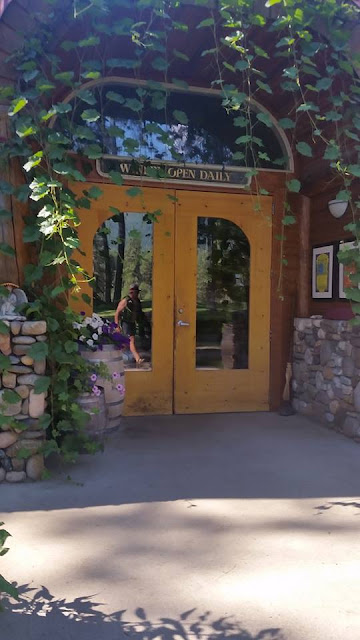 We came. We tasted. We bought. We hiked back to the runners.

(The B&B addition-click on the link for more information.) 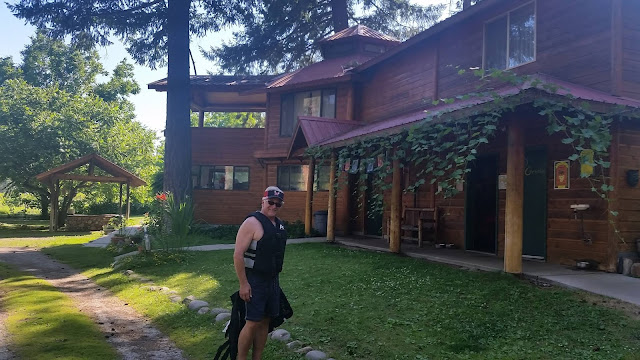 Back down at the water, I took photos of the flowers that were growing underneath--at my feet.  It was like a huge, magical aquatic flower garden. Here is a small portion. 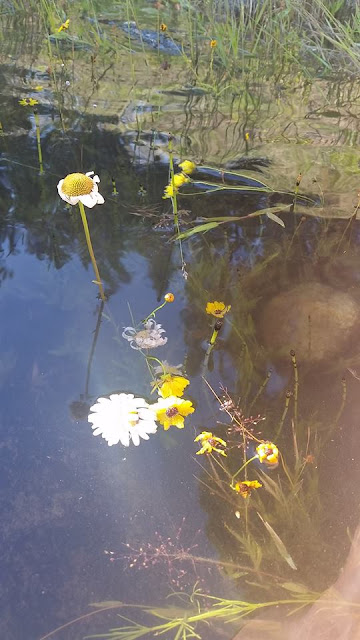 My husband decided to jump in and partake of that magic before we pulled out. 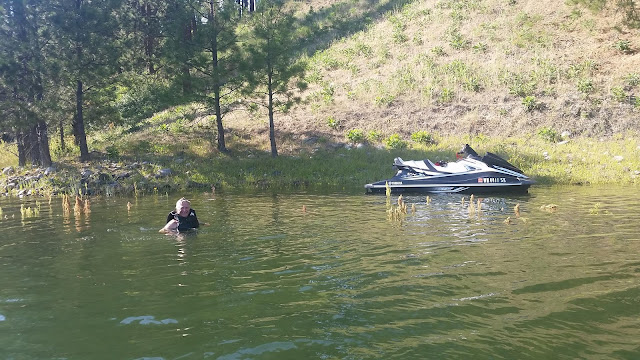 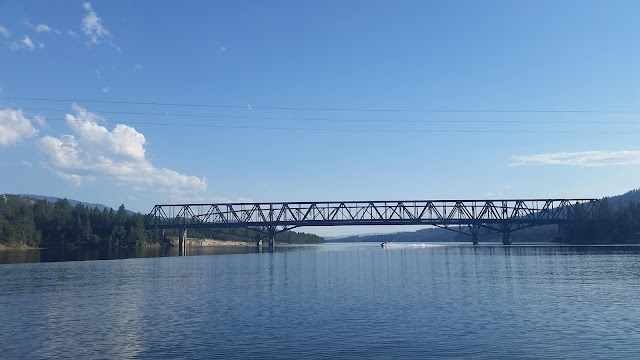 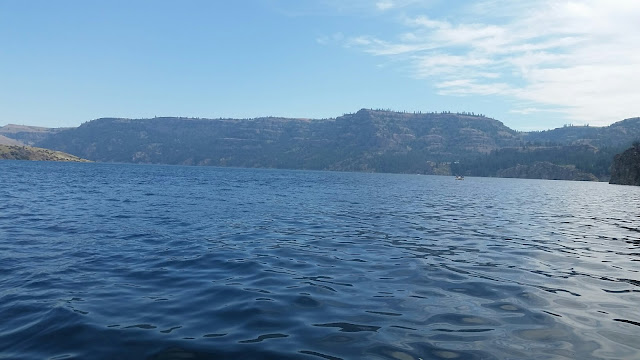 We stayed at a B & B in Kettle Falls that night, and I drank too much Scotch.  I paid for it the next day when we spent the morning and early afternoon back out on the water.  You could say, I was happy to get back to land and start heading home.

Here, I will divert to explain a bit about what led up to what happened next: A couple weeks ago, one of our cars went on the blink. We are not car people.  We just want vehicles that safely get us to point A and point B.  We buy cars, take good care of them, and keep them.  Because of that, we have /had no car payments.  But my husband called me that day and said--It's time to buy a car!

I couldn't get into buying a car because that's a big chunk of money I'd rather spend on travel or horses or family get-togethers.  But I figured, if it was true we needed one (and we did) then the car should, at the very least, offer an adventure.

Back in 1990, I had a vehicle like that--a Toyota 4Runner.  I decided I'd buy another. The problem was, the 4Runners of today--at least, on the lot that I went to--were all fancy, city cars--and I wanted something more rugged.  I didn't know that Toyota had a special 4Runner--a rugged, tough, tank of a thing that just screams--let's go down that dirt road!  Until....

Driving home from Kettle Falls, in the teeny town of Colville, WA, I saw it.  The only car that made buying a car seem like a good thing.  The Toyota 4Runner TRD PRO with special shocks and tires and struts and metal skid plates and wire harnesses and coated bottom and all kinds of fancy gears to get you out of mud and snow.  The perfect car for Spokane--whose streets are paved with potholes. 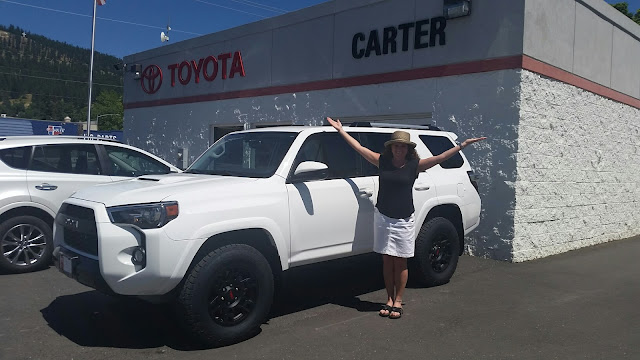 And, I bought it!  Not that day, of course.  I was too hungover and seasick to stop and buy a car, but the next morning, as soon as they opened their doors.

And, we were off to the races.  A Runner pulling a Runner. 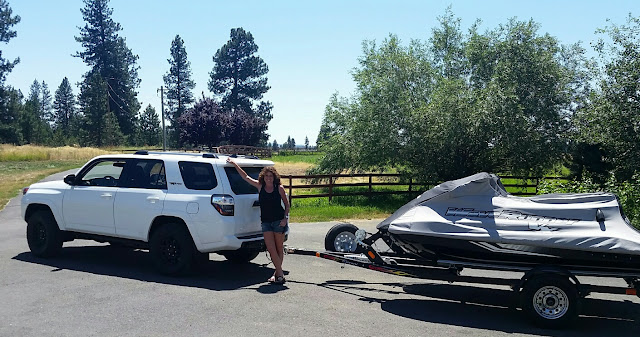 On Sunday, Rebecca got a second ride in with Beautiful.  She did great.  Here we are waiting for Rebecca. 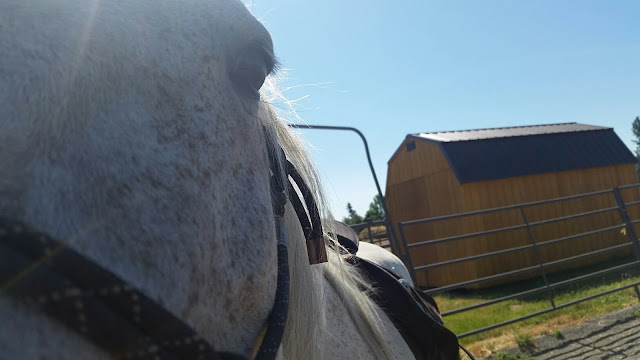 There was an obstacle of tires I've written about before.  Rebecca tried to ride her over those tires, but Beautiful very politely took her front right hoof and drug the tire toward her--then walked through.  Rebecca tried it again from the other side and Beautiful did the same thing from the other side.  The tire even got stuck on her front hoof, but BG kept her cool and pulled it back step by step until it came free.  I'm thinking she may be pretty smart.  Just a guess.

This is the last picture I have of my old 1990 4Runner.  A certain person who will remain nameless (my oldest son) had it stuck in mud. I gave it to him when he turned 16 (he was born the same year as the 4Runner) and he sold it about 2 years ago--still running!!  I owe that car a  lot for keeping that boy alive.  And the many, many good memories I had in it. 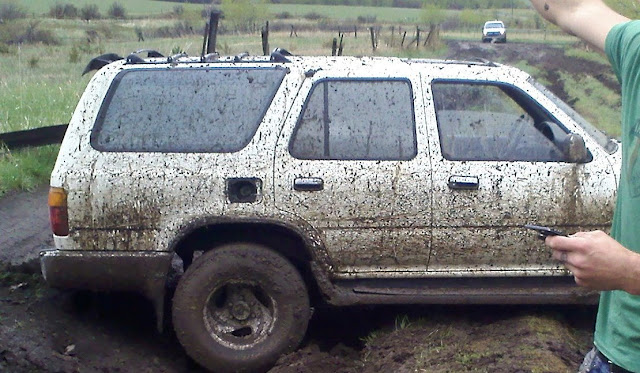