I want to take a momentary break from talking about my horses to talk about turning 50.  In the lead up to the big 5-0, I was curious how it would affect me, or if it would affect me at all.  It's just a number. How would it be different than 49 and 364 days?  I had seen a couple of my friends turn 50 and make major changes to themselves and their lives.  Would I, will I, do the same?

I also feel like I want MORE time, not LESS time.  I have been married to my soulmate for 15 years. When I say soulmate, I mean soulmate. He is absolutely the love of my life.  It has gone by too fast.  It feels like 1 year. In 15 more years, he will be 75. His dad passed away at 78.  That is NOT enough time for us.  I want MORE time with him.

I also think about health and quality of life.  I see people in their 70's who seem rather rickity--lots of health issues.  I'm only 20 years from that age.  That's too close.

Maybe turning 50 just makes it easier to do the math.  It's more difficult to subtract 49 from 75, but super simple to subtract 50.  I don't know, but it is affecting me.  It's making me feel this sense of real urgency.  I'm feeling this kind of desperation to enjoy every moment of my life.

Here are a few things that have changed. 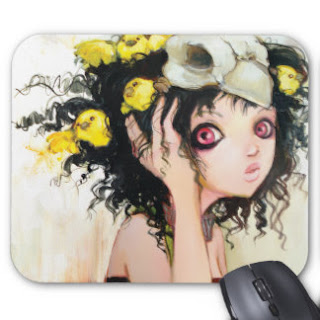 The other day, I lost a bobby pin in my hair and could not, for the life of me, find it.  It's because I have let my hair go absolutely, wildly curly.  It always wanted to, now it can. I joked to my husband that birds could probably nest in it, and I'd never know! I googled the picture above and showed him so we could both have a good laugh.  The truth is, I am sick to death of straightening it out and trying to conform to someone else's standard of beauty.  Why did I do it all those years?  I can trace back some of it to things people said that made me feel embarrassed about my hair or even things they said positive about people with straight hair--advertisements, media of all sorts...that as a young girl I used as a measuring stick for myself. 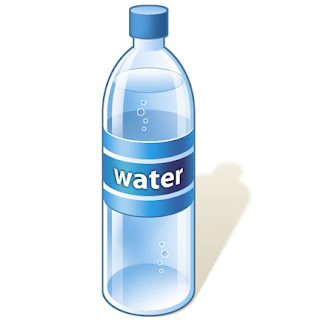 I had a kidney stone two weeks before I turned 50, and it was one of the best things that ever happened to me.  The night I went in, they gave me an IV of fluid and an hour later, I still did not need to go pee.  When the doc heard that, he said, You were severely dehydrated.  I don't want your urine to ever have color again.  It should always be clear.

Well, that was damn good advice!  I started drinking water when I wake up, throughout the day, and before EVERY meal.  I have lost 5 pounds without changing my eating habits, and I feel better.  The downside is I'm always looking for the nearest bathroom (In fact, I need to pee RIGHT NOW), but the upside is that it may add years to my life AND enhance the quality of my life.

3.)  The urgency has shifted my desire to experience and do things. 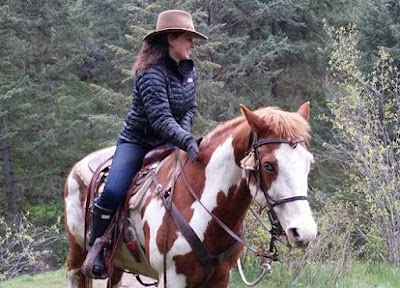 I'm more desperate to be with my horses now than ever before.  Rain, wind, snow or shine, I'm out there with them.  I don't see it as, Oh, I've got lots of time, I'll wait until later.  I think, THIS is the time. THIS is it!  And, that time seems like such a gift.  At first, I thought the change was coming from the habit that the 100 Day Challenge had created, but I think it's more a shift in my perception of Time.

An update on Foxy.  My daughter and I took her to the park yesterday.  She started out good on the ground and the in-hand obstacles, but when we went to saddle her, she grew extremely anxious.  My daughter and I took her to the park's round pen and worked her with direction changes.  Then, I had my daughter blanket and saddle her at liberty.  If she moved off from either, I told her to push her away and have her canter both directions, stop, and try again.  After a while, Foxy stood, at liberty, and accepted the blanket and saddle.  From that point on, she became the rock-solid trail horse she really is.  She did the obstacles, opened and closed gates, plowed through water, and picked up every gait perfectly when cued.

Those adjustments that we think of as little, well, they're actually pretty big.  And, they're worth every second we have step out of what we expect to happen to embrace what actually is with that particular horse on that particular day.  (Another thing I've learned at 50, embrace what is and stop beating your head against the wall trying to change it into something else.) 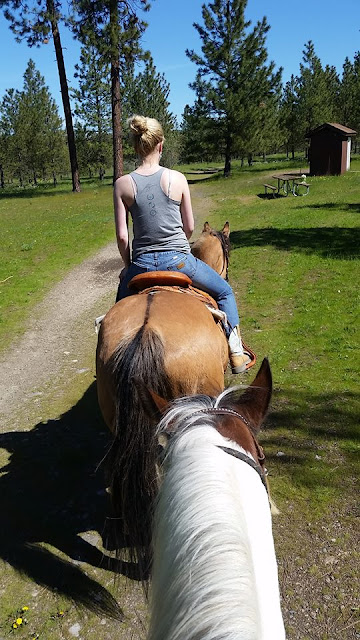 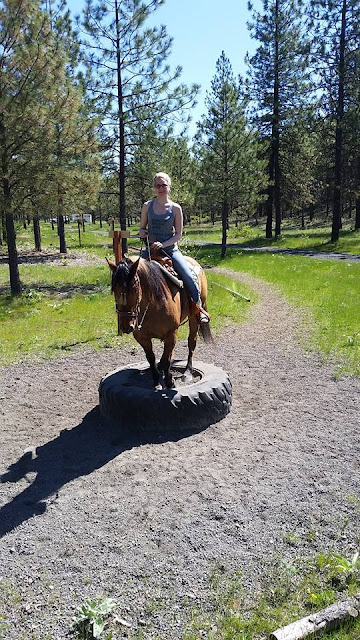 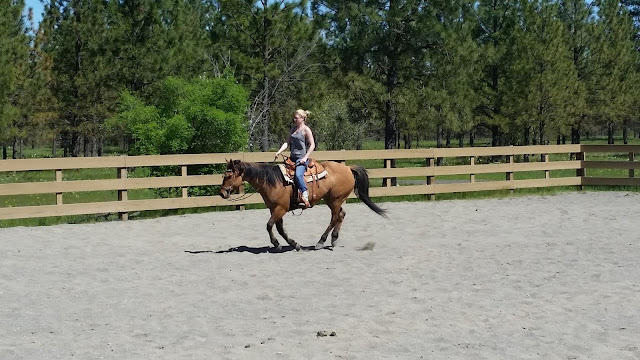 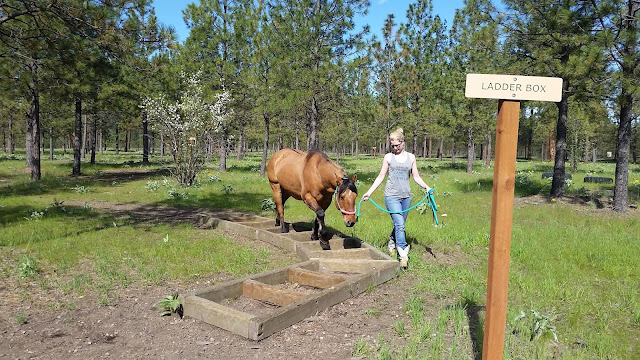