A Terrible Landing In Paradise 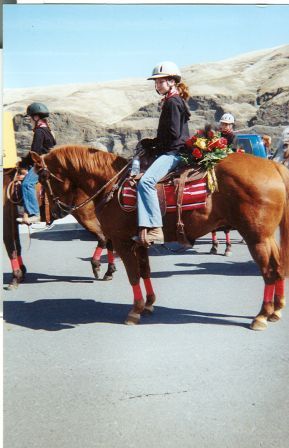 When you have an old horse you always wonder, is this the year I'll lose him? How many times did I wonder that about Red--too many to count.  And, every time I traveled, I worried that it would happen while I was away. 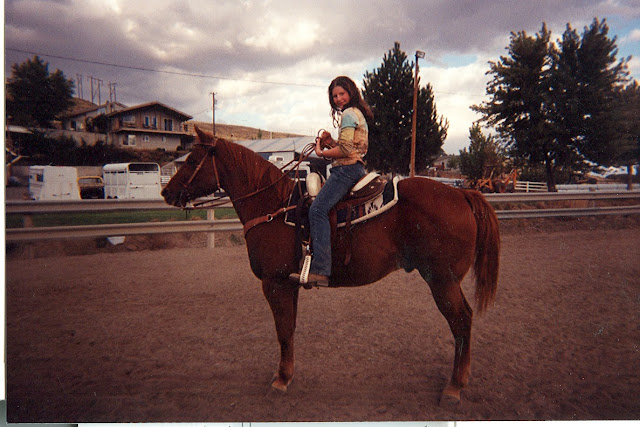 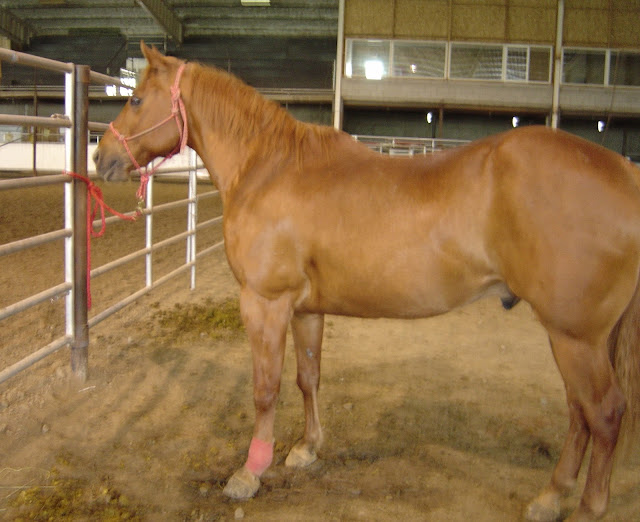 This winter was very hard.  It got cold in late November and it hasn't warmed up.  Last month, I found Red down in the snow and he couldn't get up without my help, so I made a decision to keep him stalled. 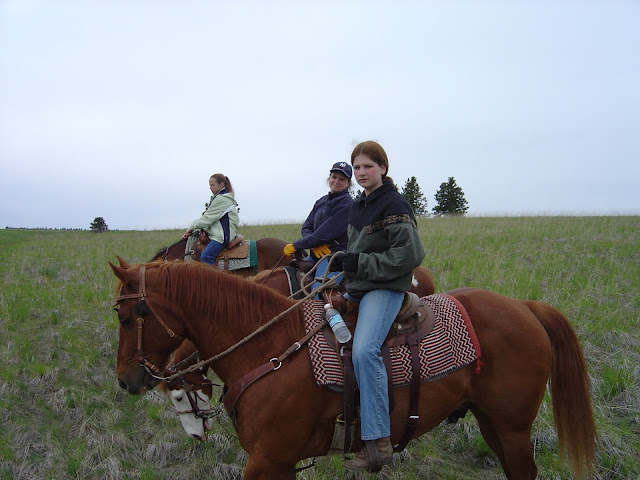 Yeah, he didn't like that.  Every time I went out, he'd greet me at his gate and demand I open it.  Usually, when the weather was a little better, I would. 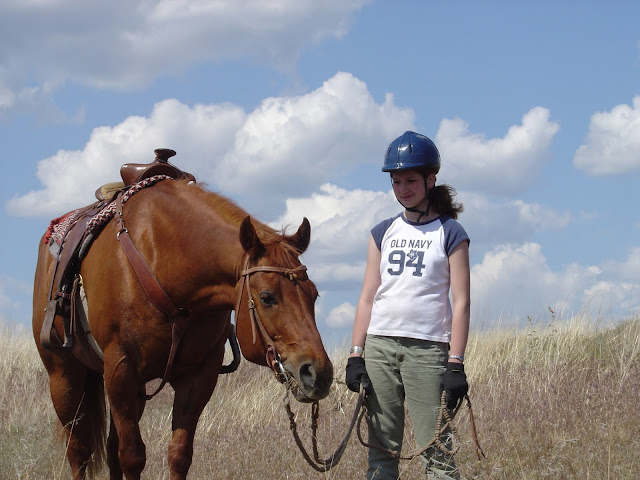 It took 6.5 hours to fly to Hawaii from Portland. 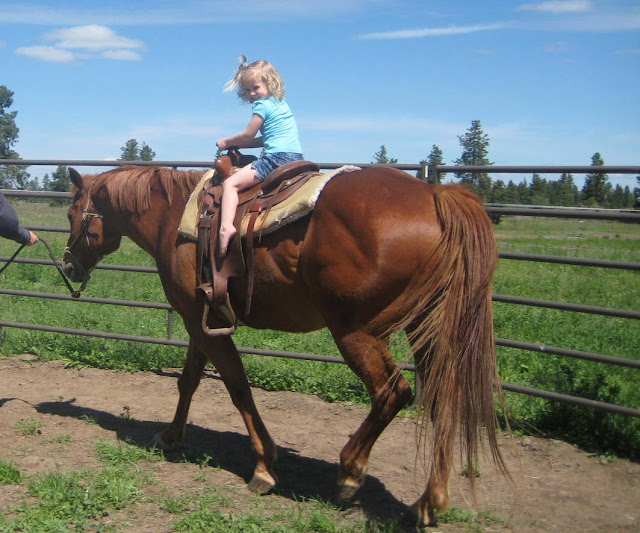 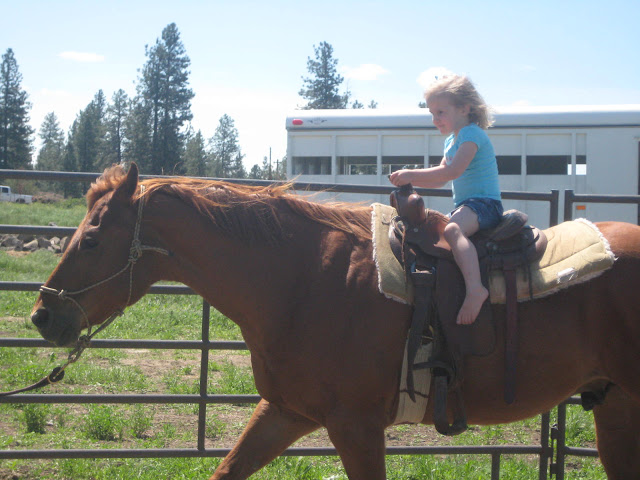 (Sophie and Red when Sophie was about 4.)

There were more messages, from friends, but those were from my daughter, Shiloh, who had to make the decision.  Red had started out as her horse, and then became Sophie, my granddaughter's horse, and had lately become Catherine, my younger granddaughter's.

Shiloh never had to make a decision to put a horse down, but she did the right thing. 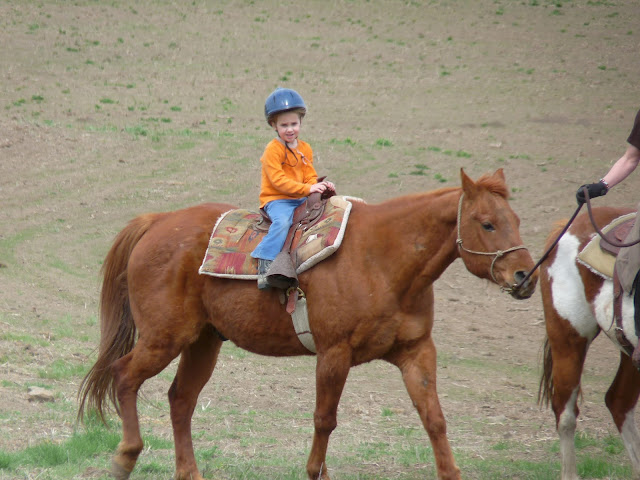 (Sophie and Red being ponied behind Cowboy.)

I called Shiloh and the vet was still there, so she handed the phone to her.

"Hi. This is Dr. Pederson.  I'm so, so sorry you're having to hear this. ....it was the right thing to do....you did so well by him to keep him going this long....I've never worked on a horse as old as him....he looked good for his age.... I took his tail hair for you and we send it out to make an angel for you...complimentary.  Yes, there will still be some for you to have to make something else.  ....It was the right decision, we could have done a lot of expensive tests,...no gut sounds... I've never seen a horse pull out when they've gotten that far." 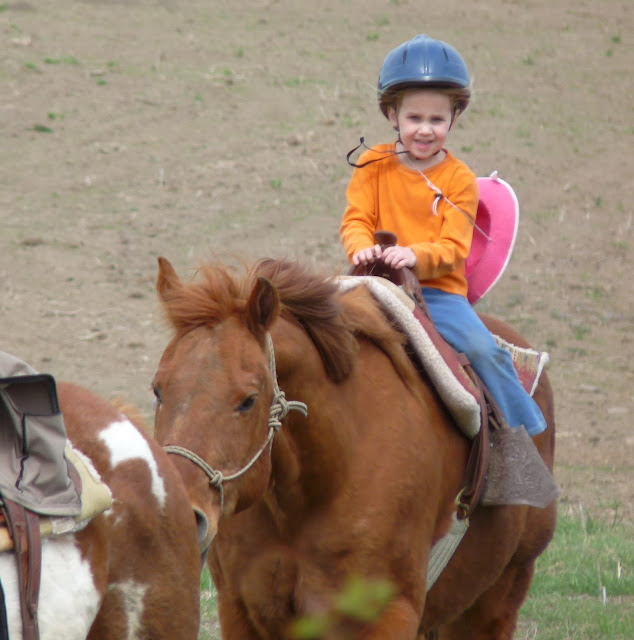 Of course, I was bawling at that point.  All the other passengers looked very uncomfortable.  We had, after all, just landed in Paradise. 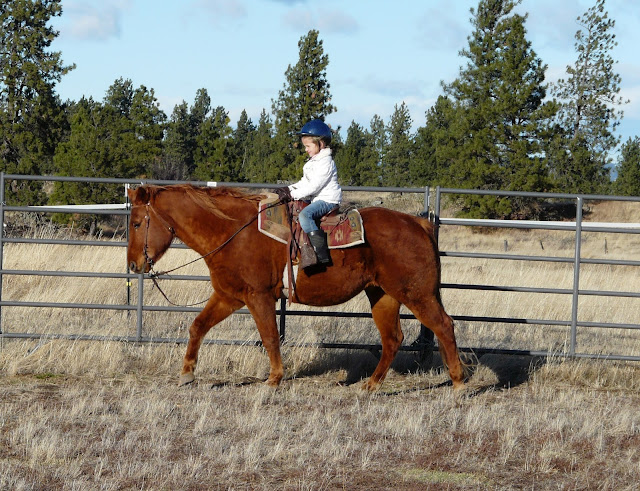 My very first thought was how cursed I was that it would happen then.  Why me?  Why now?  Why Red? But then I wondered, did it happen like this for a reason?  Did I ask too much of Red to make it through this god-awful winter?!?  Did he leave the world when he knew I'd be gone?  Will it be easier for me to mourn his loss in Hawaii--away from it all--with the distraction of the ocean?

Could I have been there?

Should I have been there? 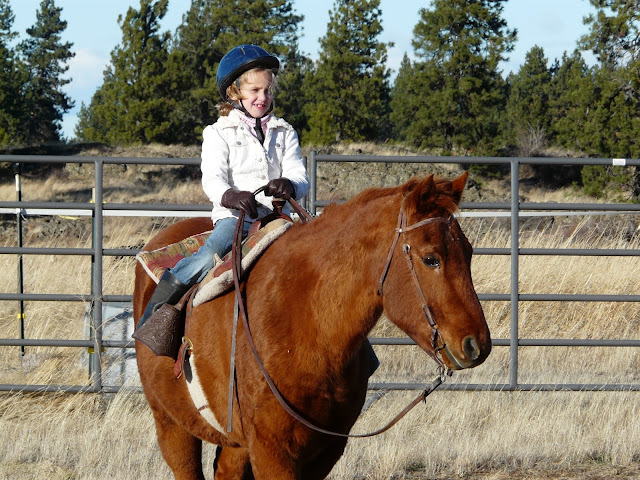 But it was what it was.  Death is so unpredictable.  I had wanted to give him a chance to make it through the winter, and he had been doing pretty well....considering. 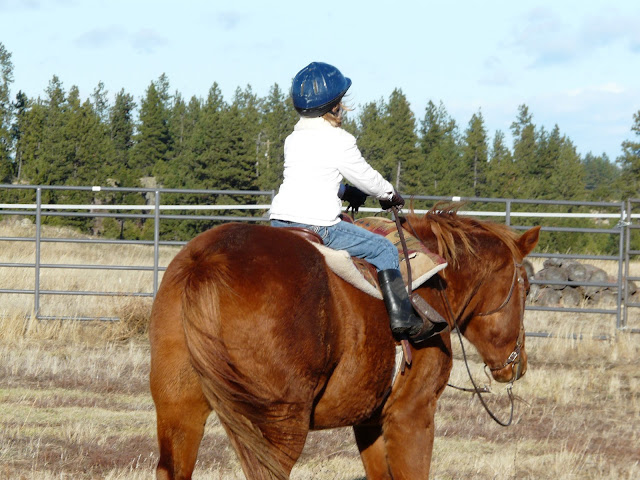 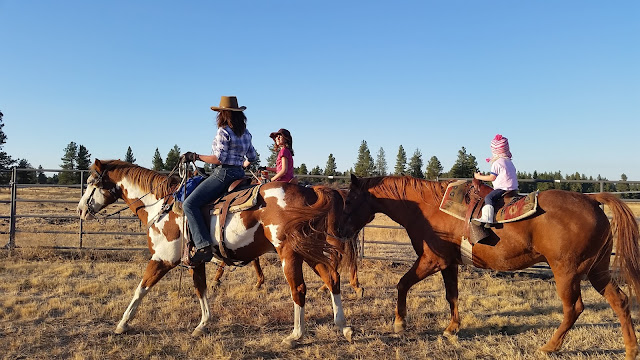 (Sophie riding alongside me as I pull one of my youngest granddaughters, Ariana, behind on Red.)

You know how Facebook puts up your memories.  Well, yesterday, the morning after we arrived home, this memory from exactly a year ago came up--Catherine riding Red and Sophie riding Penny.

That was a wonderful, mild winter.  He looked awesome! 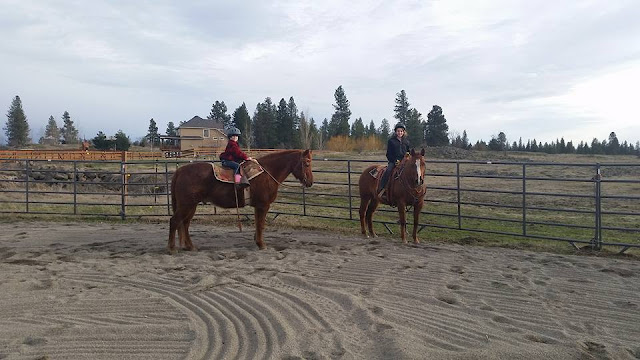 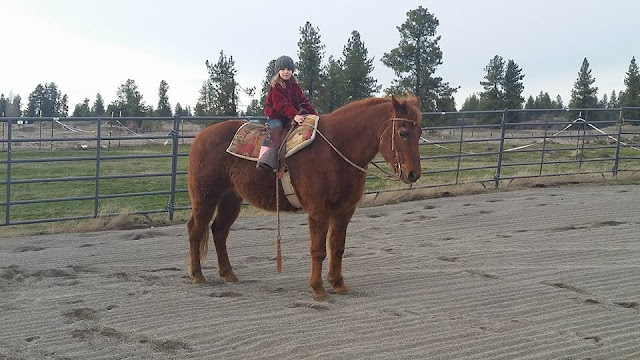 The night I got home, I went out to see my herd in the dark.  As you know, we're a family.  We all feel each other.  Cowgirl was laying in the snow, near the round bale.  I dropped to my knees and  hugged and hugged and kissed her.  After that, I went to Cowboy, he was standing, but he moved his muzzle over to my mouth and I kissed and kissed him.

Horses are so emotional.  It was as if they were all telling me of the loss. 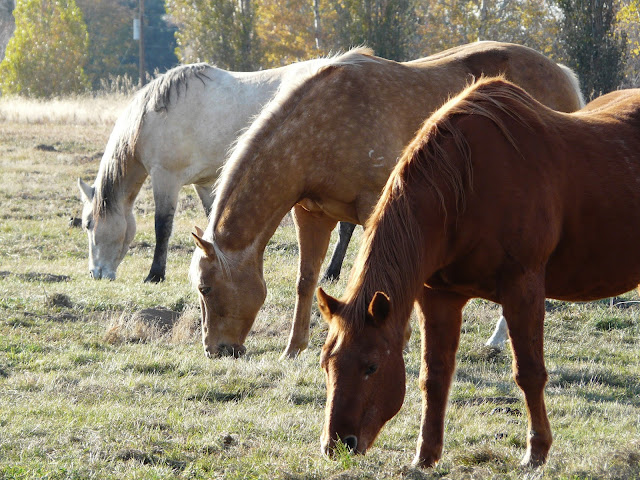 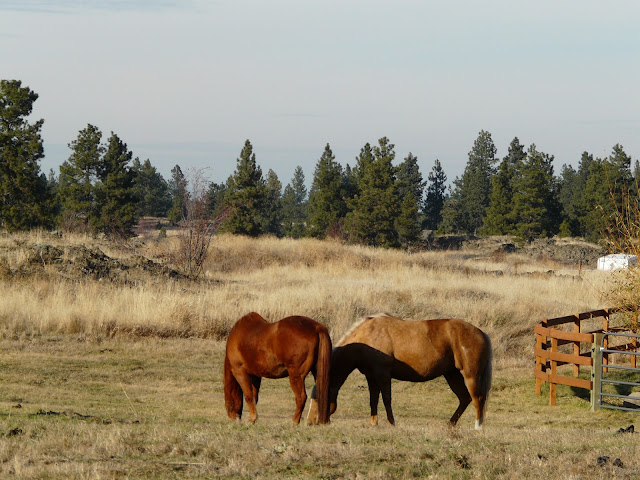 Now, we all  have to go on without him.

I'm not sure what that's going to look like yet. 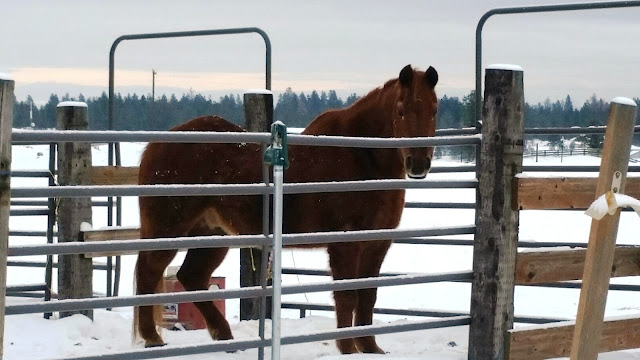 But I'm hoping sadness will turn to happiness and gratitude....

I'm hoping I can incorporate some part of his character into my own....

Because he was a GREAT one.

**Thank you all for your condolences in the last post.  I haven't been able to respond to your comments yet, but I will.

**For those wondering how old Red was in human years--like I was, here's a chart that converts it.  Red would have been around 111. 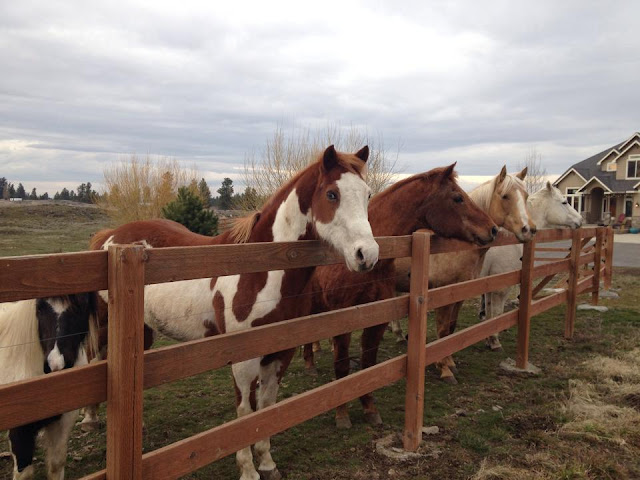 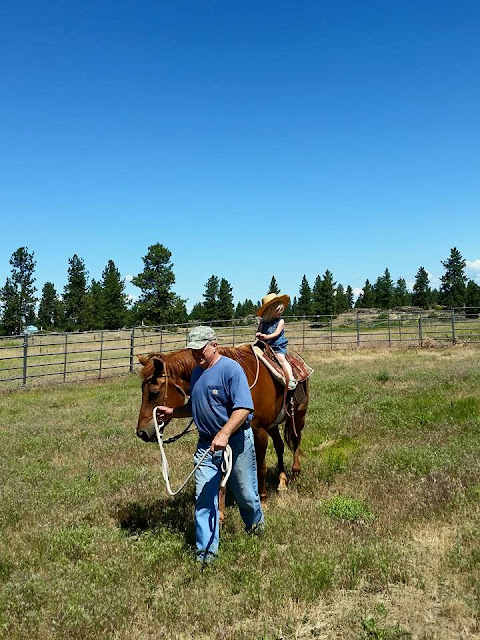 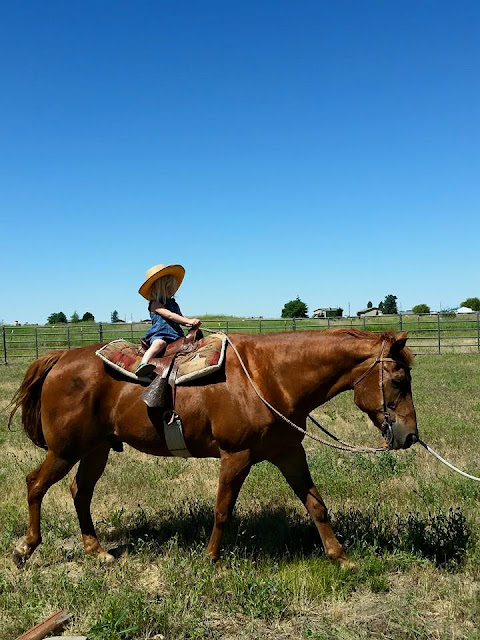 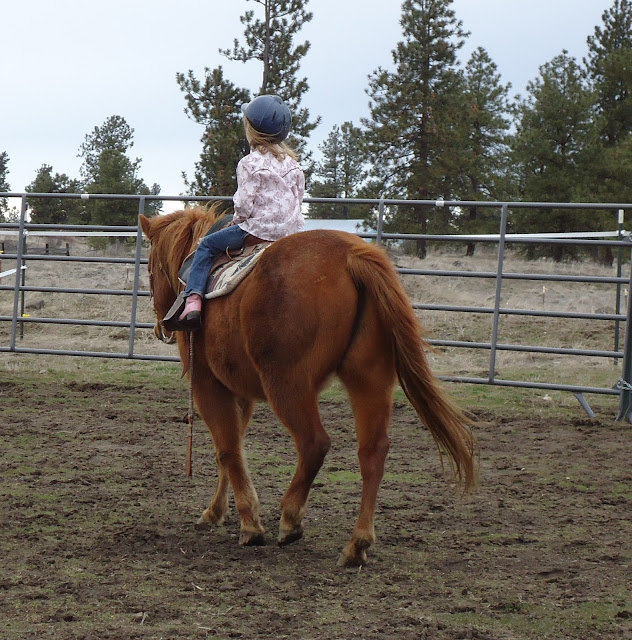 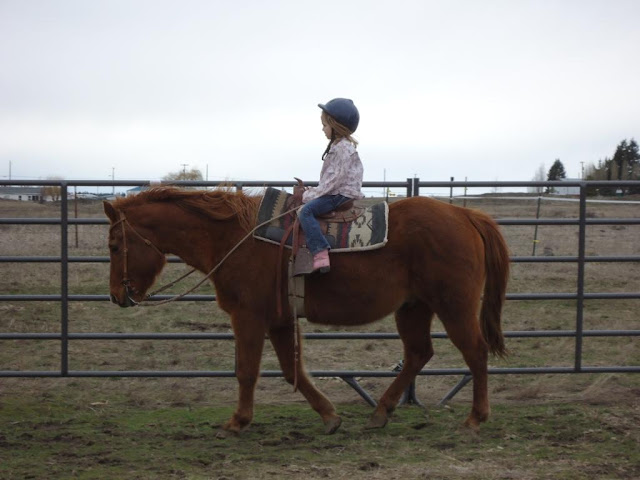 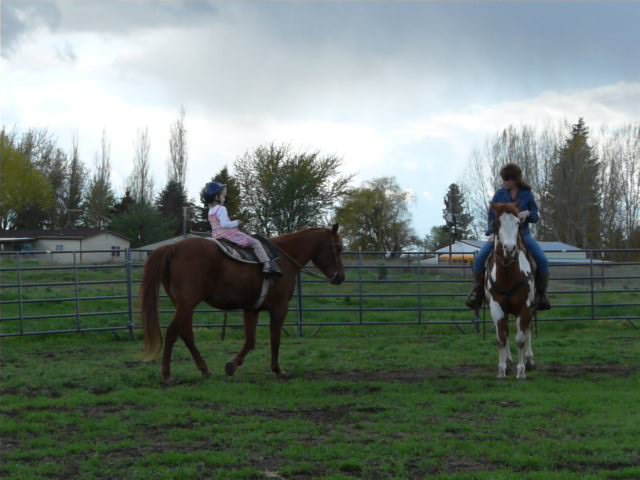 Labels: Death of a Horse, Elderly Equines, Great Horses, How long can a horse live, Old Horses, Putting Down a Horse, Red