Two Irish Wolfhounds Are Better Than One 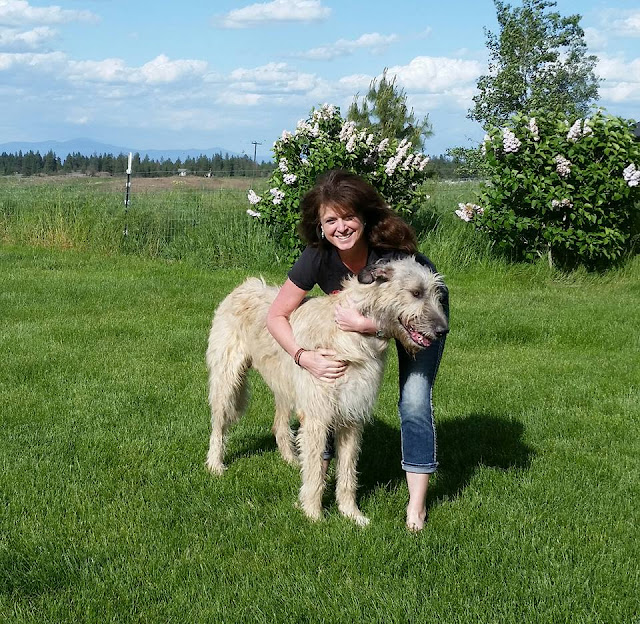 As you all know, I grew up with an IW, Mish of Ballykelly, from the time I was a baby.  She was one of the lucky ones who lived to be 10 years old, so I was about 12 when she passed.  As far as I was concerned, the only dogs to have were Irish Wolfhounds.

I wasn't sure my husband was an IW person though, so I waited to get another one until six years ago.  Turns out, he loves them, too, and now we've decided to never be without a wolfhound. 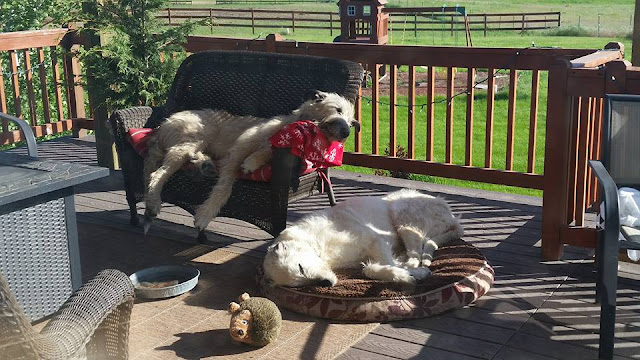 I introduced you to Loki in another post, and told you that we were going to go meet him before we committed. 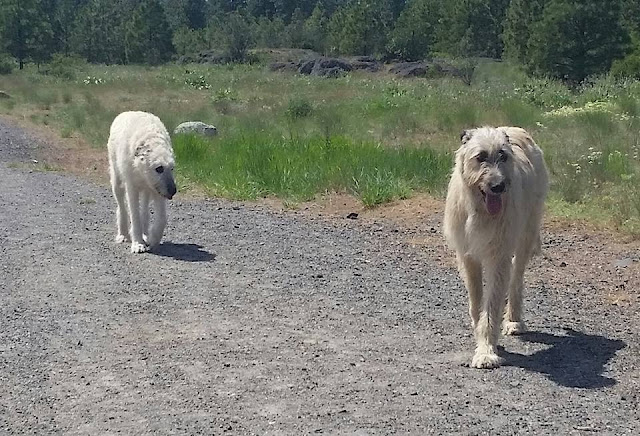 He was in Walla Walla, WA with his breeder.  Turns out, we were going to Walla Walla anyway for the Spring Barrel Wine Release, so we chose that day to hang out with Loki. 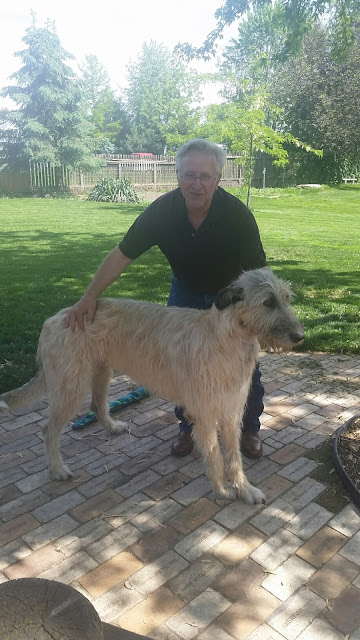 (Mike and Loki at the breeder's home.  I believe that's his mama in the background.) 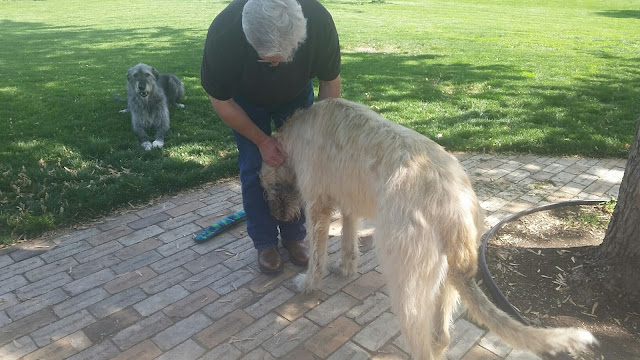 Yesterday, the breeder drove up and met us at a park for the first introduction of Riagan and Loki--neutral ground.  It worked out wonderfully.  After the park, she drove him to our house and hung out for a bit, then left for a few hours to the hotel near our house.  He cried a little bit and looked for her.  At 6:00, she came back for dinner and hung out again, and then left for the night.  Loki slept in our bedroom and was really, really good.  This morning, LeeAnn, his breeder, came to breakfast for one last goodbye. 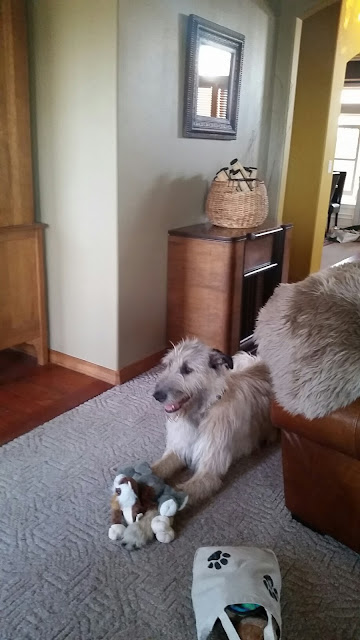 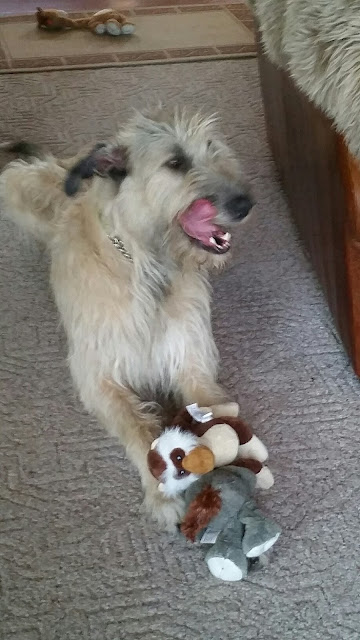 He has a wonderful temperament, just like a Wolfhound should have.  He'll be two years old on Saturday, and he still has that puppyish personality.  The friend who arranged all of this, Janey, was at dinner last night, too, and brought over a bag of squeaky toys.  Loki played and played with them--like a happy 2 year old.  So, he's got the puppy spirit without the chewing and accidents in the house.  Win-Win for us!

We already love him.  He fit right in and it seems, strangely, as if he's always been here.
Posted by Linda at 12:36 PM