The Possibility of a New Family Member

“The greatest problem with Irish Wolfhounds, though, is that they don't live very long: their great hearts give out. A good deal of this is genetic, of course, but I think it is in part that they worry so for us, care so much.”

Saturday was a busy day for us. It was the annual Palisades Park Cleanup and Wildflower Hike. As many of you know, I volunteer stewarding the park by maintaining the kiosks and other things. The cleanup is our day to join together and remove all the filthy garbage. 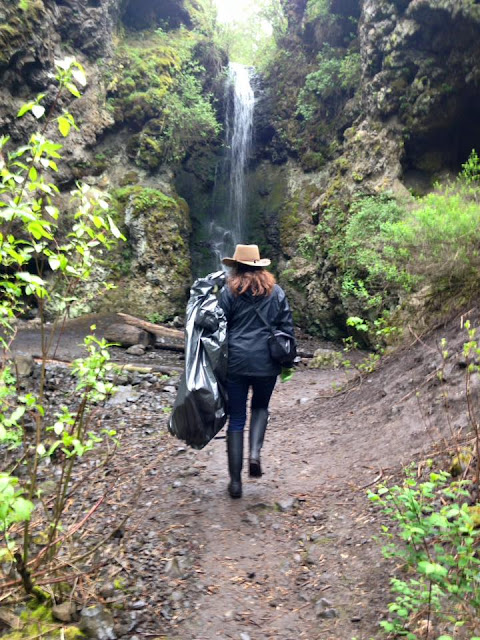 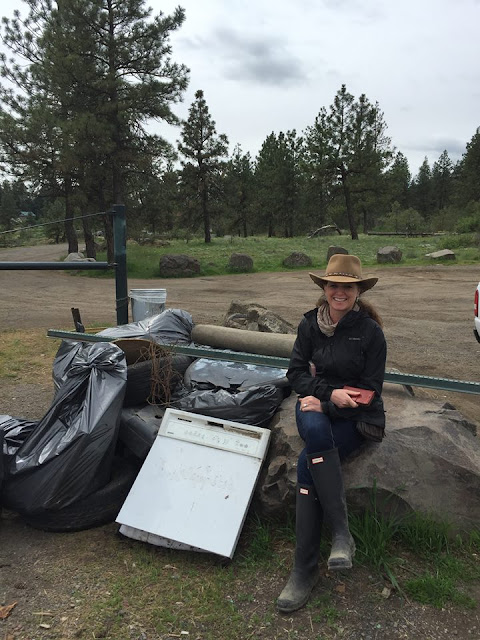 After the cleanup, before the wildflower hike, we have lunch together and laugh about all the crazy things we found. Yesterday, during lunch, I got a text message from a friend. She knew I was thinking about getting another Irish Wolfhound and she had just been contacted by a friend, (who is also a breeder of IWs) who was considering finding a home for one that had been returned to her. My friend told her friend that we would make an amazing home. Her recommendation of us was so glowing, her friend was willing to pursue it.

My husband was sitting next to me, and, excited, I told him about it. He was excited to hear more, too.

But first we had the wildflower hike. The hike is held about every two years and led by Dr. Rebecca Brown, a professor of Botany and Riparian Vegetation at Eastern Washington University. She is passionate about wild flora!! So am I. My only question is, why isn't everyone else??? These hikes are free, but we have the hardest time getting anyone to come to them. I don't get it!!! It's like the mysteries of the universe are opened up to us in those hikes....really private, intimate details of creation. 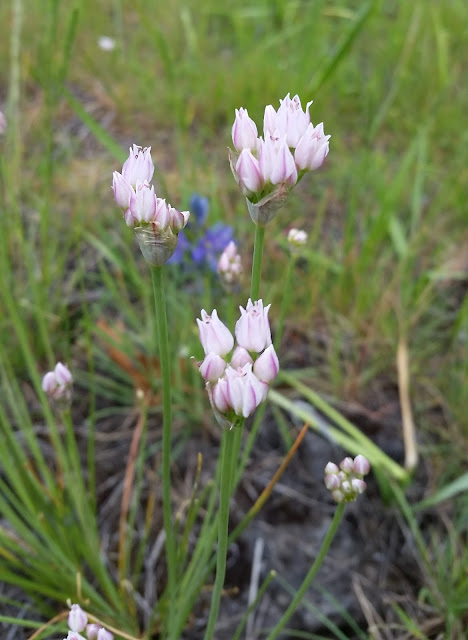 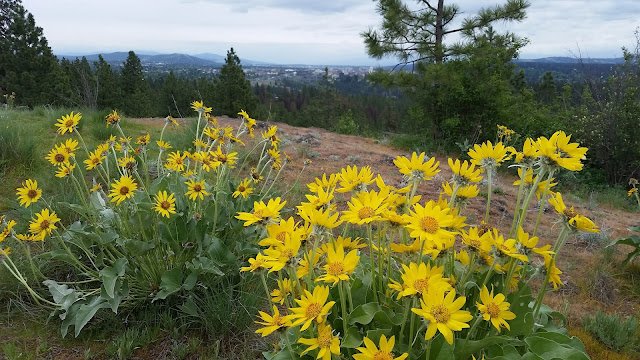 The Balsamroot was profuse in the park.  You can see Spokane in the background. 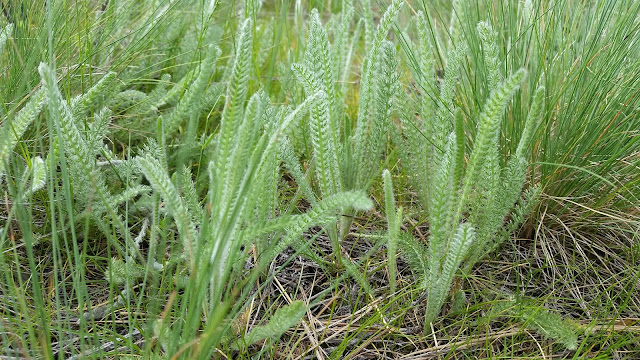 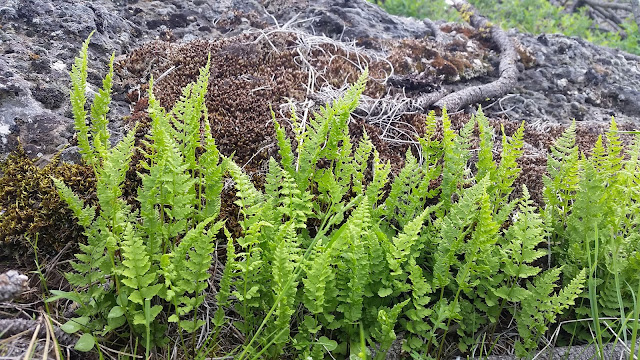 The "Fragile Wood Fern"-- It's a poem in itself. 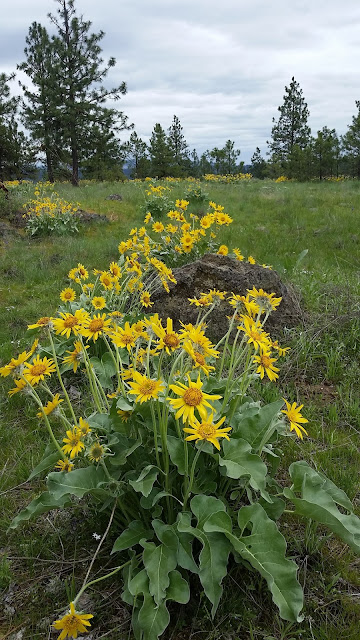 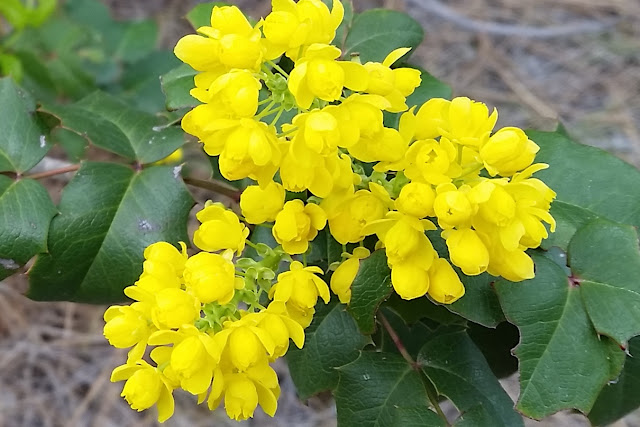 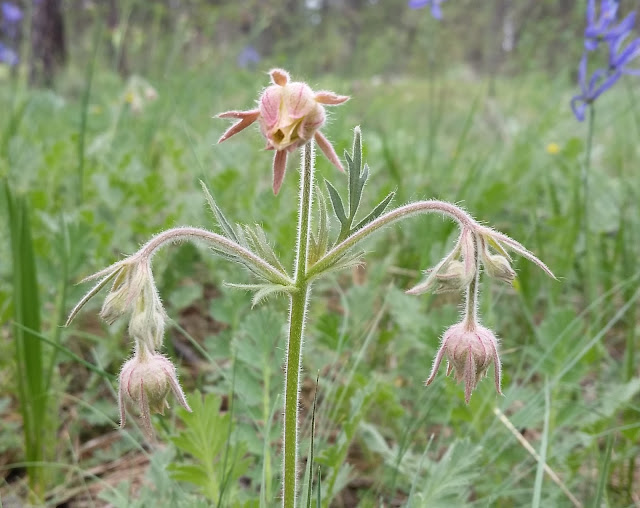 Doesn't this Prairie Smoke look like a human body? 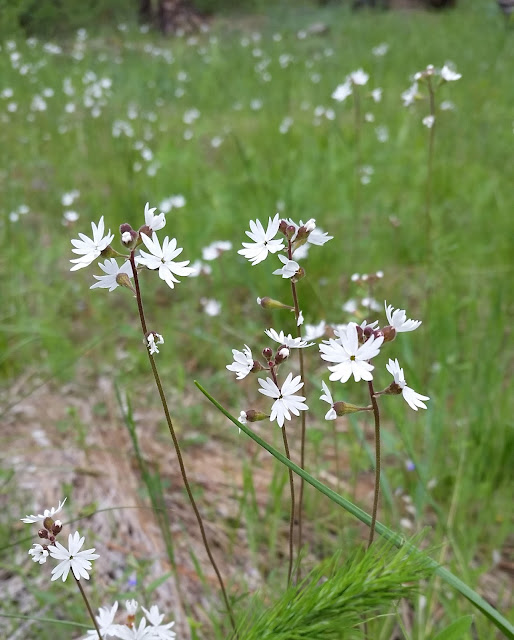 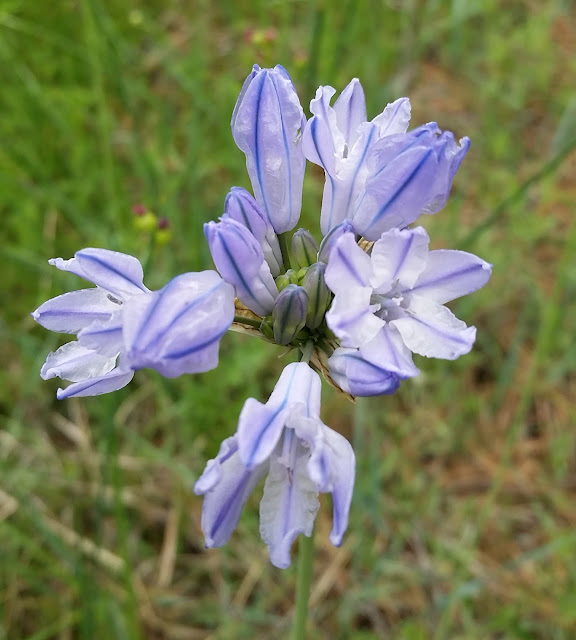 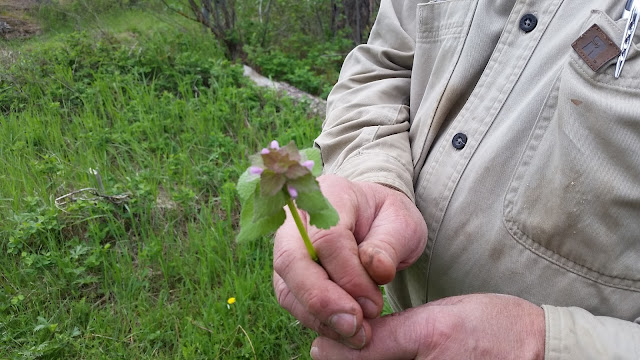 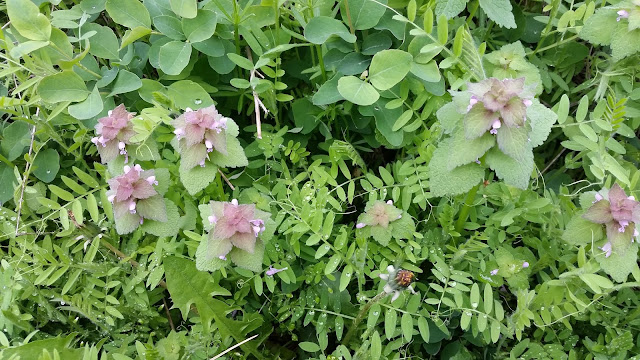 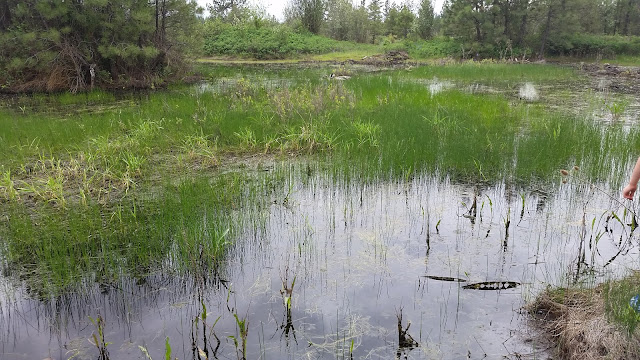 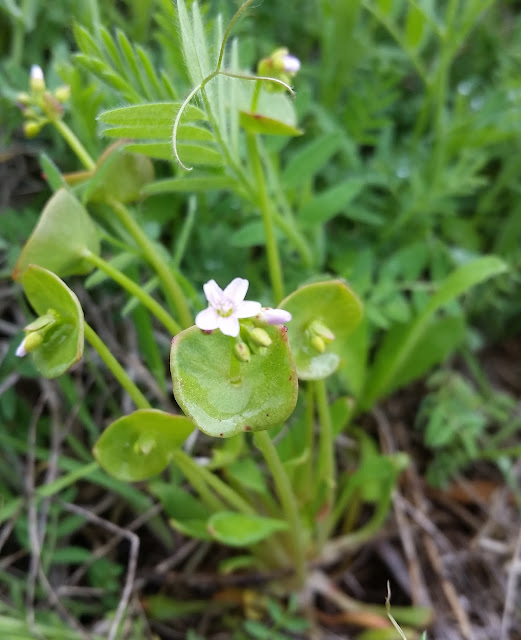 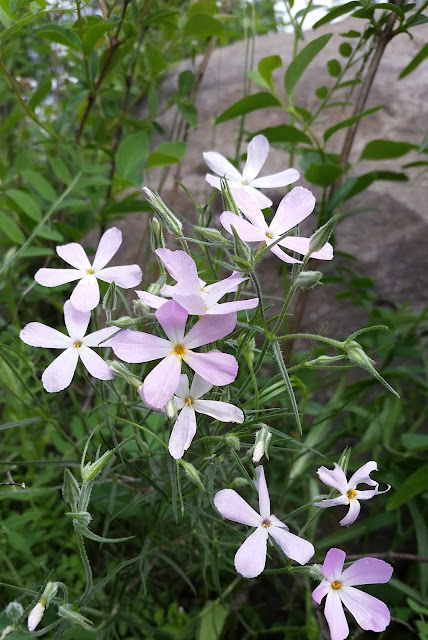 Just looking at these pictures gives me goose bumps.

After the hike, we went home and I was able to learn more about Loki. 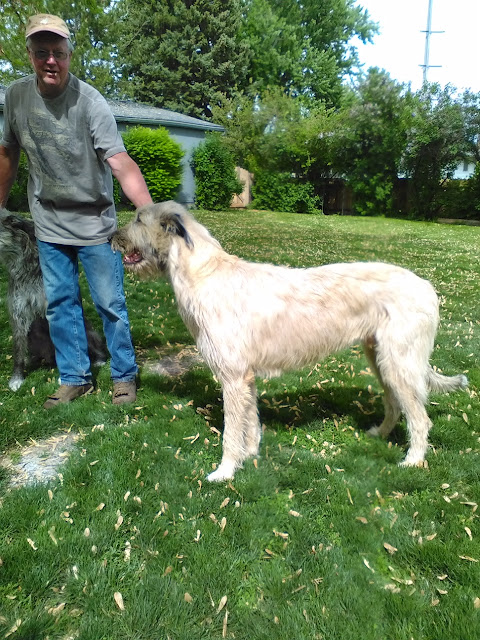 He's almost 2 (in May), his owner was a woman who thought she'd be able to take him with her to school, where she works, but instead had to take him to doggy daycare, and realized, eventually, she didn't have the time for him.

Irish Wolfhounds are not for everyone, many people can't handle their needs, but I grew up with one who lived until she was 10 years old--very long for an IW whose average lifespan is 6.5 years. 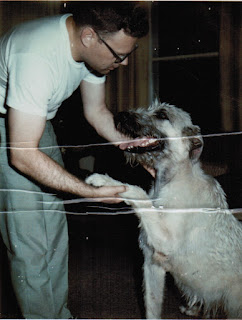 Mish didn't get anything special, like expensive dog foods and such, but she got a big family who loved her more than anything, and I think that's what kept her alive so long.  Irish Wolfhounds feast on love, and there are tales of them passing away directly after their owners pass away, simply from a broken heart.

Six years ago (with my dad's help--he's pictured above with Mish), we were able to bring Riagan home. My first IW as an adult. 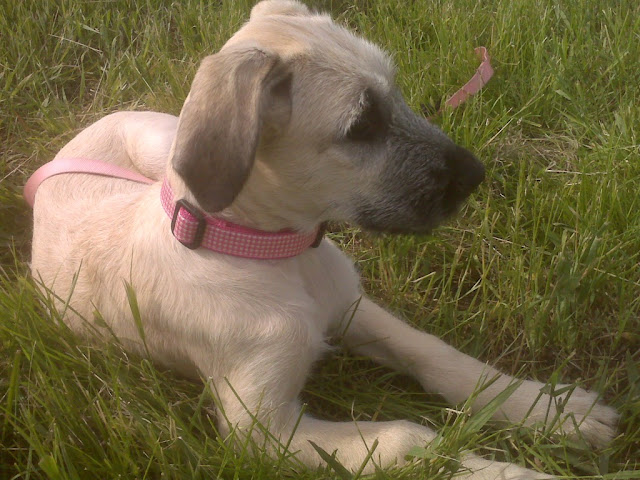 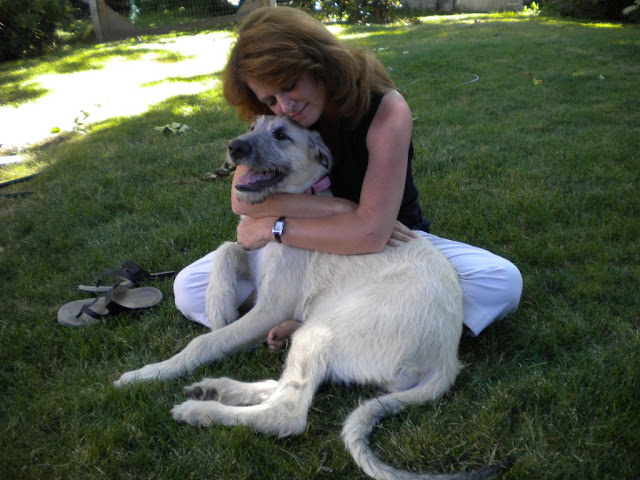 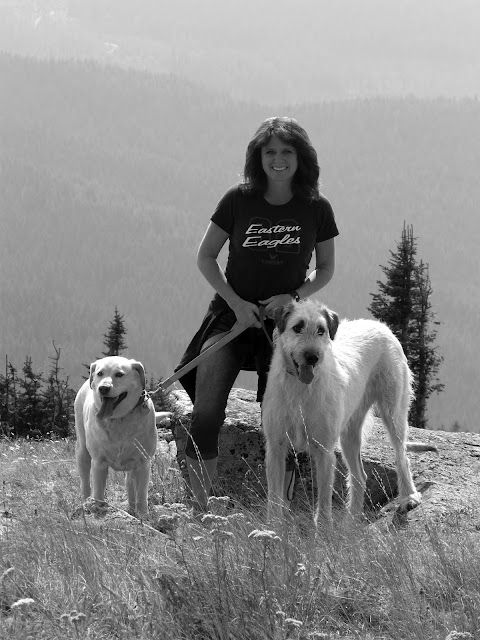 I'm officially an Irish Wolfhound person. (And, a Lab person, as well!)

So, this is how it's going to happen. The breeder is a woman who LOVES her pups. She commits to them for life, even after they go to their new homes. She is willing to keep Loki herself, but IF, after meeting him and spending time with him, we find that we'd like to open our home and commit to him for LIFE, she is willing to let us. This is not a "rescue", but rather a possible adoption.

Our first date is May 6th. From everything I've heard about him so far, I'm optimistic.
Posted by Linda at 8:36 AM