"It was the first time the realization hit me that animals love to engage with us in games. And if you figure out how, in ways that work for the horse as well as for you, you can end up with a really fruitful relationship that also includes riding. But riding is not necessarily the first goal of these relationships."

I discovered a wonderful article today, which you can read online at National Geographic, Read Before Riding: Horses Have Consciousness. It's a book review of,  The Horse: The Epic History Of Our Noble Companion, by Wendy Williams. 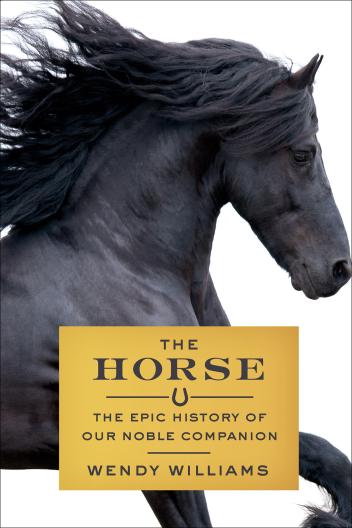 It discusses the intelligence of horses: like the horse that could do math...but not when he couldn't see the test-giver. 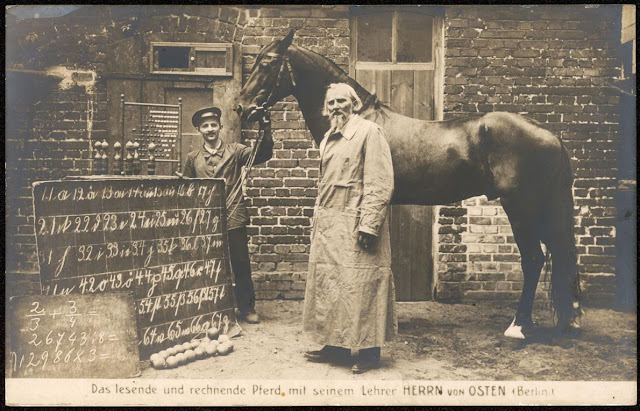 And, the smartest horse in the world....who likes to play games. 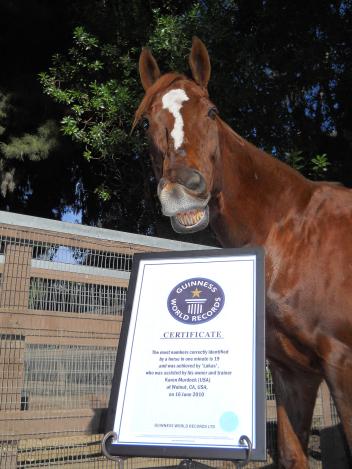 And, the evolution of the horse from wild to domestic. 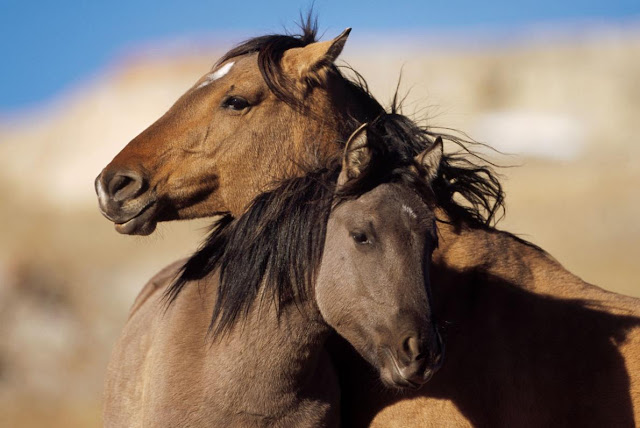 Anyone who has spent time around horses has, hopefully, seen examples of consciousness--that thing beyond simply being a biological sum of the parts.

I want to share one of my own personal "proofs".

As you all know, we have an old horse in our herd, Red, who is 35 years old.  Old and rickety, he is, but he is second in command in the hierarchy.  Most people who see them wonder, how is it that such an old, arthritic horse is able to eat first and boss the others, young and strong, around?

I have the answer.

They let him.  They, in this case, is the mare herd, led by Cowgirl.  Cowgirl loves Red and has since she was a baby.  I call them the old married couple.  She's 10, he's 35.  And, if you watch, Cowgirl will give a twitch of an ear here, a glint of an eye there, telling the other mares to part and let Red through, let Red drink, or let Red eat. 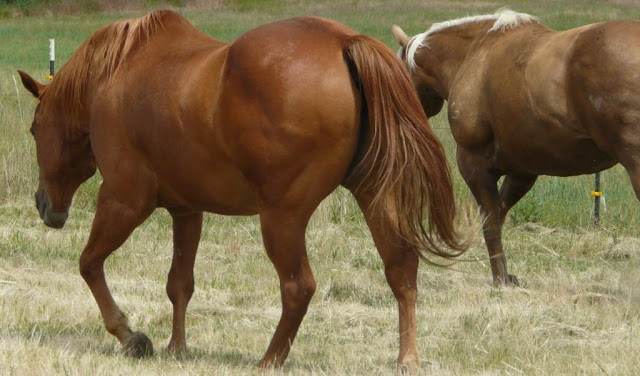 But I have more proof than that, and it comes from my evenings spent watching and hanging out with them after dark.  I wouldn't have seen it if I hadn't kept Old Red around (there is so much value in our older horses!!!!) or if I hadn't decided to let my old guy live out with the herd, rather than sequestering him off somewhere "safe".

Here's one of my "proof's" of consciousness...

Red's old eyes don't work well at night and he has a hard time navigating the pastures, yet, he somehow was doing just that.

Last spring I saw how.  The first time it happened I was calling him in to eat after dark, pitch dark, and the horses were in a pasture far away and to the south of the house.  They had to make their way north, into another pasture, and then east, to another gate, and south, back to the barn.

I started making my way out to find Red, to help him get back to the barn, but instead, I saw him being led by the mare herd.  There were two mares in front of him, one at his side, and one behind him!  They made their way VERY slowly, along the path, and through the gates, but I wondered what they'd do when they made it to the stall--the stall with the grain and alfalfa.  I mean, we all know what horses usually do, they go in and fight for it.  But the mares walked him to the gate of the stall and stood to let him go in, then each one of them walked away.

It was no big deal to them, they did it like a well-oiled machine, but I was dumb-founded.  Could a mare herd be THAT disciplined, THAT able to help an older gelding?

The answer is YES, and they did it again and again and again, several times through spring and summer.  I was so thankful for having the opportunity to have witnessed it.  Just one more proof of the noble hearts of our horses, their ability to empathize with one another and perform great acts of kindness.


"Horses teach you courage, patience, persistence; rewards of kindness and gentleness; companionship; the excitement and vitality of life; and warmth. They also provide an awful lot of memories, and the importance of caring for another living thing."


All of you, like me, who believe in the consciousness of the horse, what are some of the things that prove it to you?
Posted by Linda at 2:18 PM