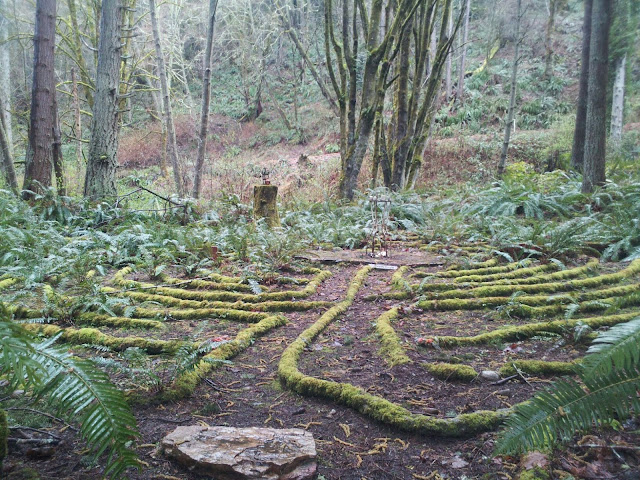 Part of the TTouch training is walking a horse through a labyrinth, and the bed and breakfast I stay at each week, No Cabbages in Gig Harbor, WA, has one.  I figured if a labyrinth was important enough for them to build, they were just the people to ask about what it is and what it could accomplish.

The labyrinth at the B&B is based on the one in the Chartres Cathedral which has four quadrants in the shape of a cross.  It may have been designed to represent the holy pilgrimages.  Sometimes it is walked in penance, pilgrims making the entire journey on their knees.  If  you were to stretch the labyrinth out, it would be 1/4 of a mile long.

What Jamee, my host, likes about the quadrants, is that it brings you to four areas of stop rather than one.  (Maybe stopping is important?)  She also had a book on labyrinths that she gave me to read.  I read it in the morning and walked the above (Top) labyrinth mid-morning.  I had never walked a labyrinth before. 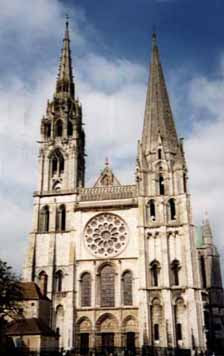 The No Cabbages labyrinth was not in a man-made cathedral with marble walls and stained glass windows, but rather, it was a God-made cathedral, with fresh rain dripping down cedar boughs, and ferns which had collected it, in bucket-fulls, at my feet. 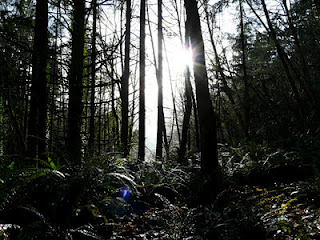 As I stood at the labyrinth entrance I thought about the four steps the book recommended: Remember (reflect), Release, Receive, Rejuvenate.  I began my journey with an idea that had been bothering me, hoping to release it. The path was narrow, which they'd designed to be so on purpose, I assume, to concentrate your footsteps.  This concentration on where you're walking becomes very important.  It's very easy to step over the path and onto another which could take you the opposite direction from  where you want to go (something that, believe or not, did happen to me on my labyrinth journey).  I found myself going back and forth between the original thought and thoughts about the path, eventually thinking much more about the path than the original thought--ahhh, the Release. 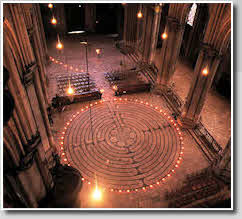 This is all so very fascinating to me because I'm also reading, The Brain that Changes Itself, by Norman Doidge, MD., which is about how science has proven we can absolutely change the internal structure of our own brains (and probably other's, too, sadly, for good or bad).  There's a concept in neuroplastic thought, "Neurons that fire together, wire together."  Meaning, for example, if someone said they love you and hit you at the same time, over and over again, you'd soon come to think love meant being hit.  Whereas, if someone said they love you and hugged you, over and over, you'd soon come to think love means being hugged.  In our minds, we have wired many negative things to good things and the labyrinth seems, to me, to be a symbolic way to represent the undoing of those things--remember, release, receive, rejuvenate.

What's going on in the horse's mind may (or may not) be more simple.  My host told me the labyrinth has been used for hyper and autistic children to help them concentrate, relax, and think through things.  Maybe this is the same value for the horse.

The TTouch labyrinth is much simpler, but still has a number of stopping points.  Attention is placed on the turn (in a 4' area), relaxation, and stop.

"The idea of this obstacle is to stop and start before each turn.  Notice if your horse's hindquarters follows his front end around the corners.  Is it the same in both directions?" (From the TTouch webiste)

I thoroughly enjoyed walking the labyrinth.  As I said, I did step over the walls and onto the wrong path, finding myself soon at the end again, rather than winding back out.  It reminded me of when I lose my place in a piano piece and can't correct.  Concentration is key.  In the book I'm reading by Doidge, concentration is also key.  The brain only makes changes when we concentrate on the thing we're thinking or doing.  Imagine all the things we concentrate on during the day--all making permanent changes--what you think, you become.

TTouch is all about helping your horse enter a state of relaxation where he can concentrate on what you're asking him to learn.  It's only in this state any lasting change occurs in them...or us.
Posted by Linda at 8:13 AM