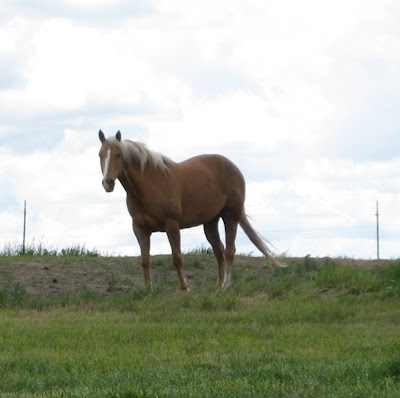 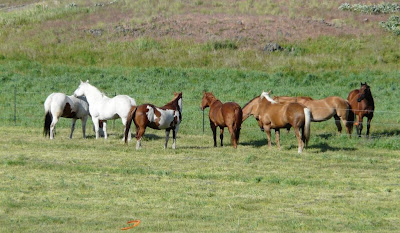 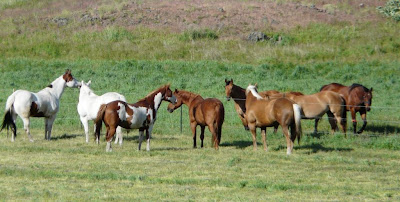 Opening up new pastures around here used to be easy...when we were the only ones with horses. Not so anymore. There are six mares in the neighboring pasture, one baby, two geldings (I hope) and a stallion in a pen--it's chaos around here.

My mares are going crazy wanting to get to them. They have my old geldings working overtime with the discipline. Not that it's working, but they try. Tonight one of the mares broke an inner fence.

So, we locked up the geldings, walked over to the fenceline in the East pasture and haltered the mares, led them home and locked them up, then let the geldings back out.

Does anyone have any suggestions? Should I keep the mares off of the fence line that runs alongside the other's pasture? There's about ten feet between the lines, but it's still too close. So, should I just keep them in the West pasture...maybe let the geldings only on the East side?

Does anyone else have these problems?
Posted by Linda at 7:40 PM