Here is a shot of Red's hoof at the tip of the abscess. It's the indention at the toe. I took this shot two days ago, the last time I wrapped it, and he's back to a hundred percent today, so I imagine when I take off the wrap today there will be a blow out. (I'll post that shot tomorrow.) 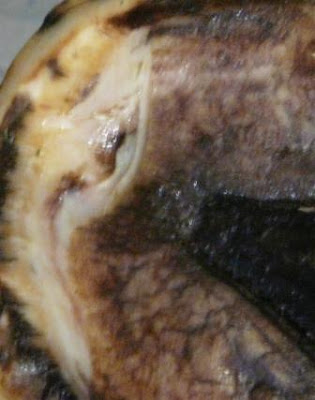 Actually, I'm pretty excited to see what happened, but he's still eating his breakfast and I don't want to disturb him.

Here are the supplies needed to mix the Sugardine and wrap the hoof: Sugar, Iodine, and Duct tape. And, by the way, you should get a helper when you do this. I didn't have a helper, and it wasn't easy holding the hoof up, tearing off duct tape, and wrapping it. I've done it all week by myself. I used to have a helper, but as you know, she got a real job and now I'm solo. 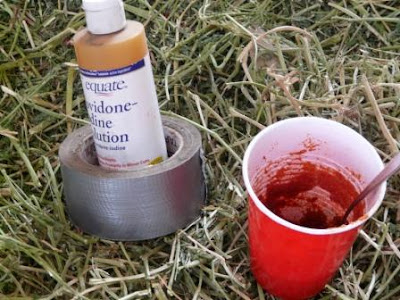 Here's the finished product. Nice and wrapped and still holding strong today, two days later. (Pat myself on the back). 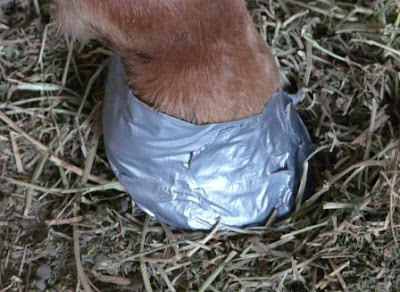 When I fed this morning I threw out the yummy alfalfa, as usual, but Shadow (aka PIG) and Beautiful did not want to eat the good stuff. Instead, they went for the round bale. Maybe horses really do know what they need. Hmmmmmm....nah! They're pigs. 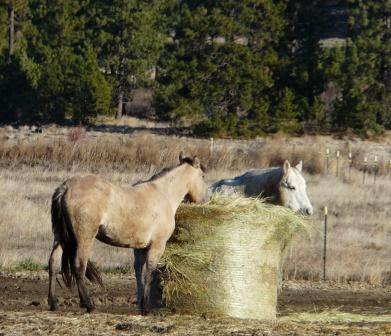 Speaking of eating--this Creamy Garlic Sauce by Culinary Treasures (only sold at Costco) is my idea of food heaven. I found it last Spring and bought one bottle, came home, sauted some chicken, dumped the sauce on top, and put it all over a bed of Jasmine Rice. Yum! The whole family went crazy over it.

I went back to Costco to buy more--lots more--and they were clearancing it out! Ahhhh! I bought about twelve bottles to be safe. Then, as those bottles started to disappear, I wrote the company, based in Canada, and asked them where else I could buy it.

Their answer: No where else. Only Costco. It was a temporary item!

I write Costco and beg them to bring it back. Then, yesterday, I'm shopping at Costco and I look up the aisle and what do I see.... 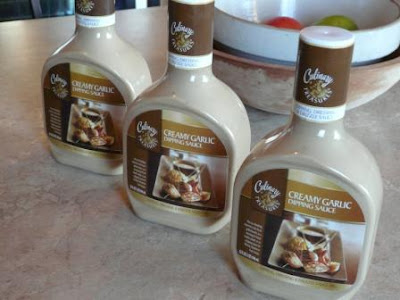