A Snowy Desert (With Ice Underneath) 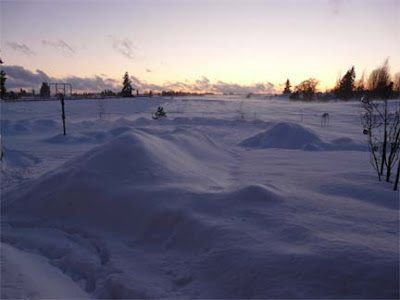 It's like the Sahara Desert, but with snow! Wind drifts blow snow, like sand, across our pasture. Winds were 40 mph today when we took this picture, and this was after Mother Nature deposited 8 more inches of snow from morning until noon. (She's got a wicked sense of humor this year!) 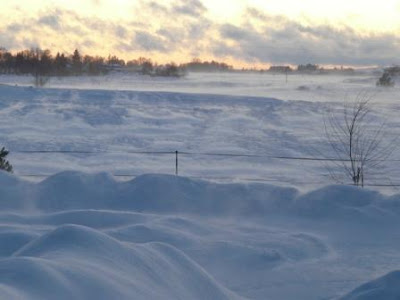 Coming home tonight, my husband lost sight of the road. The wind had blown so much snow onto it, it looked as if they were driving through the farm fields. He had to retrace it by memory. There were abandoned cars and trucks all along the route--and some being towed out. 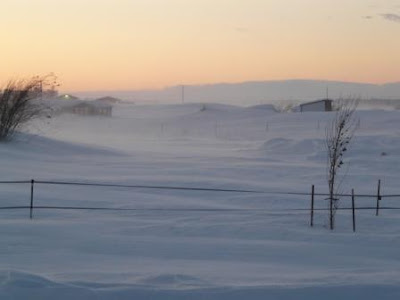 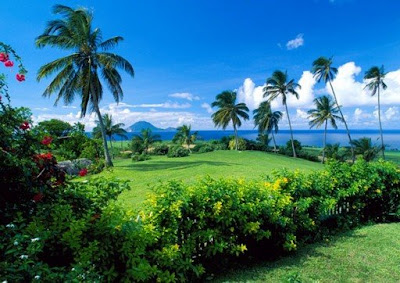 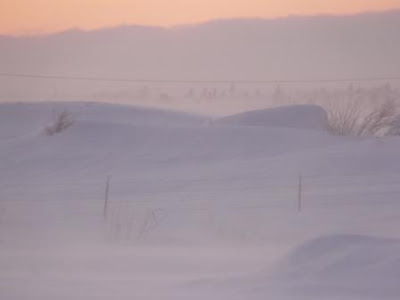 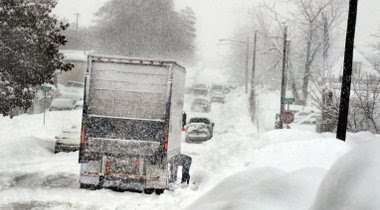 From Spokesman Review Click to follow link for full articles:
Today’s storm dumped 8 inches or more in the Spokane area and set a new all-time monthly record for Spokane.

Gusty winds blew over the region in the wake of heavy snow, closing Airport Drive between U.S. Highway 2 and Spokane International Airport.

Wind gusts of 52 mph in Pullman, 46 mph in Coeur d’Alene and 41 mph in Spokane were reported before nightfall. Winds were to subside later this evening.

Temperatures above freezing in Spokane allowed for the heavy snow to get packed down by traffic and turn into a thick layer of slippery compacted snow and ice.
Another Horse Story..... 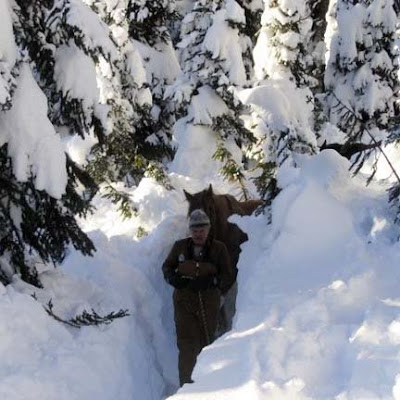 MCBRIDE, B.C. – Two frostbitten, emaciated horses were recovering inside a warm barn on Saturday thanks to volunteers who spent the week before Christmas digging the animals out of snow in the mountains of northeastern British Columbia.

Birgit Stutz said Saturday the rescuers cheered when they finally finished digging a half-mile escape route through the snow for the animals. The horses had been abandoned by a hunter.

Stutz said the horses eagerly accepted being bridled and seemed to know they were safe as volunteers led them on a seven-hour hike down the mountain in freezing temperatures Tuesday.

Stutz said about 40 or 50 people took part in the rescue over the course of a week.

“It was a big effort,” Stutz said.

Stutz said the horses were discovered on Dec. 15 by two local residents. They were above the tree line and had no shelter at first.

Logan Jeck and a friend stumbled across the horses while out looking for some snowmobiles left behind by tourists who had gotten stuck during a trip to the back country on the side of Mount Renshaw – about 750 miles northeast of Vancouver.

At first, the young men thought the most humane thing to do would be to shoot the emaciated horses to put them out of their misery.

“They went up to assess the situation and to decide whether they were going to shoot them or give them hay. They decided they had enough life in them so that’s when it all started,” Stutz said.

Over the course of a week. a growing number of residents trudged up the mountain with shovels in hand to dig an escape pathway through 6-foot-deep snow.
Posted by Linda at 4:26 PM