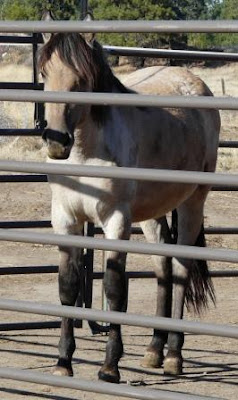 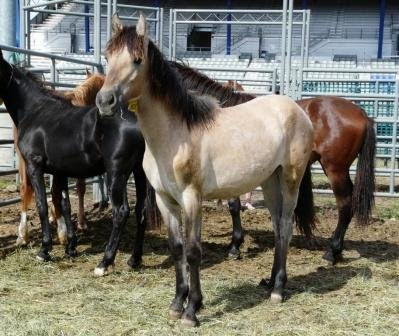 Has anyone noticed their Mustangs putting on a lot of "bone"?
It seems like Beautiful has--compared to other yearlings I've raised.
The other thing I've noticed is that she's not as hungry as she used to be. Remember when I used to write that she just never got enough to eat? It's not like that anymore. She seems satisified now with a small flake of hay.
She has been on her diet for about a week, and her neck is already starting to feel better.
I'm going to include her picture from the auction last may until now--5 months later--as a before and after comparison.
I can't wait until her double-sided mane grows back! She lost it during the transition for a reason I never figured out. I think it was the stress of a new environment--and maybe she had a worm load. She's been on a regular worming rotation since arriving, so I'm sure that makes a big difference.
Posted by Linda at 3:38 PM